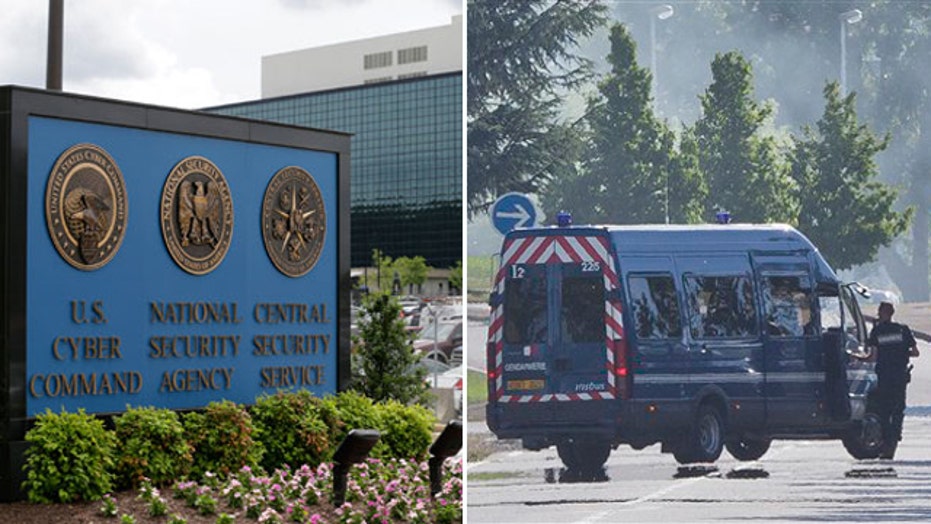 Steve Forbes: Absolutely David, what they have now is unworkable, the telecom companies don’t know what they’re supposed to be doing with this data, so it’s harder to do basic data mining. That’s not listening in on conversations, all it means that if they see a pattern, they have to go through various warrants and getting permissions before they can take it a step further. It’s a very useful tool, especially as terrorists get more and more sophisticated, especially using social media and communicating with each other in code.

John Tamny: I don’t like it. I think that anything that limits the government’s ability to act is a very good thing. The reality is that if the NSA is tracking everything, then they are basically tracking nothing. There’s no way to know what is and is not a threat. I don’t like the idea of giving up so much liberty for nothing in return in terms of enhanced security.

Sabrina Schaffer: Right, and these three attacks that we experienced are terrible and horrifying and of course I can understand why people are saying that we need to give the government more leniency in terms of tracking down terrorists, but I’m sympathetic with what John is saying that I think we need to be very careful because we were just having this conversation a year ago about NSA overreach, I think we need to make sure that we’re not allowing government to have far too much control over the ability to eavesdrop on the American people, but at the same time, we can also get confused because we have so much data and you’re apt to not find that pin in the haystack when that happens. I think it’s often that we want smarter, more strategic investigations rather than these blanket-eavesdropping of the American people.

Elizabeth McDonald: Well Senator Diane Fienstein, D-Calif., said that 54 terror plots were interrupted because of the NSA, the NSA had interrupted the plots in 2013, so two years ago. Listen, the FBI and CIA said that if they had this program before 9/11 than possibly it could have been stopped. David, we live in an era where 75 bioterrorist type threats out there of Super Bowls, of marathons, you know 4.3 million people ride the subways. We have more to fear from the IRS then the NSA right now.

Bruce Japsen: I think that we might need more updates on that, because I don’t agree with the widespread dragnet on the American people to get that information, but we need more updates on what bad guys are getting and so forth. I think most people, when they hear the NSA is gathering information, they remember we were spying on Angelica Murko or the late king of Saudi Arabia was taking fistfuls of Viagra. I mean I think we need more information on how this is working.

Mike Ozanian: David, I think you hit the nail right on the head. We are at war, whether the president realizes it or not, so I’m on this for all the reasons that Steve and E-mac pointed out.

HAS GOVERNMENT TAKEN OVER HEALTHCARE?

John: This is so bad and also so predictable. All we have to do is go back to 2013. Morgan Stanley, the investment bank, freely admitted its number one client is the government, and that’s the problem when you take money from the government. You no longer is the business of profit, you only serve political masters who don’t care about profits. Now that health care companies have gotten so in bed with government, this is the inevitable result, and it’s going to wreck traditional forms of healthcare simply because they’re no longer serving profits but only political masters who don’t have a clue how to deliver an important product.

Bruce: Well it’s certainly working for him because Aetna shares are at an all-time high for revenues and profits and so-forth. What this is doing is creating a series of quality measures of accountability to these health plans that they didn’t have before.

Steve: Sure, and that’s what’s happening. Socialism doesn’t mean that you take over companies anymore; you make their survival dependent on the U.S. government. So, you play along, you’ll get rich. Meanwhile, healthcare suffers. Prices go up, quality goes down, and prices go out the window. But in the meantime, while you’re in the hands of the government, the government will treat you really well as long as you play the game, but the rest of the people suffer.

Elizabeth: That [government] spending has doubled over the past 25 years. What’s also happening too because of government spending, that has doubled, you see a lot of consolidation. Mergers are happening in the insurance industries in hospitals because these guys know less choices, higher prices and less accountability to patients.

Mike: It’s easy to break David. The Republicans need to come up with a plan that gives the consumer a choice instead of having to do what the government says and makes the dollars in insurance portable with the consumer. This way you can move to a free market system. Look at things like Lasik surgeries that are not in insurance plans. Prices have come way down because of innovation. That’s what we need to move towards.

Sabrina: Sure, there are plenty of plans out there. There are lots of very bright policy makers and think tank analysts who are working on this. The bigger issue is whether the Republicans will have someone  in the White House and have the Congress to help them because it’s clear that the Supreme Court is no longer going to help end Obamacare, it’s going to have to happen in the legislature.   Bruce, you’re a nice person but misguided on this. Obamacare at the core is about the centralization of both power and money, and the Aetna CEO just admitted that. The bottom line is that this is removing any kind of market from happening.

IS GOVERNMENT DOING ANYTHING ABOUT MASSIVE DATA BREACH?

Steve: As you can see from that clip, absolutely not. The Chinese are having a ball stealing it, and we’re dropping the ball in terms of protecting it. And the lackadaisical attitude of “oh, no big deal,” is shocking.

John: No, this strikes me as much ado about nothing. If it were really a threat, you’d see U.S. company share prices crashing to reflect the ability of Chinese intelligence to fleet all sorts of data. The idea that they can outfox some of the greatest technological minds on Earth, I don’t think we should take seriously.

Elizabeth: It’s just impenetrably absurd what he just said, you don’t salute China for criminally hacking us. The hypocrisy here David, is that the U.S. government is after the New York Presbyterian hospital, and fining it, for not having good cybersecurity and having medical records hacked. Or chastise and target for its cyber-attack, when it itself has no accountability. Federal unions fight it all the time, whereas the private sector faces civil litigation and U.S. fines.

Sabrina: Oh absolutely, I think these numbers are wildly concerning, just on my drive to the studio I heard the number 4.1 million just like you did David, and then I heard 19 million not a minute later. There are people’s personal, financial, healthcare and other personal records that have now been exposed and I think that’s what’s extra concerning is that every time we see one of these hacks it’s exponentially worse than the last one which means this war of information is escalating very quickly and we’re not at all prepared.