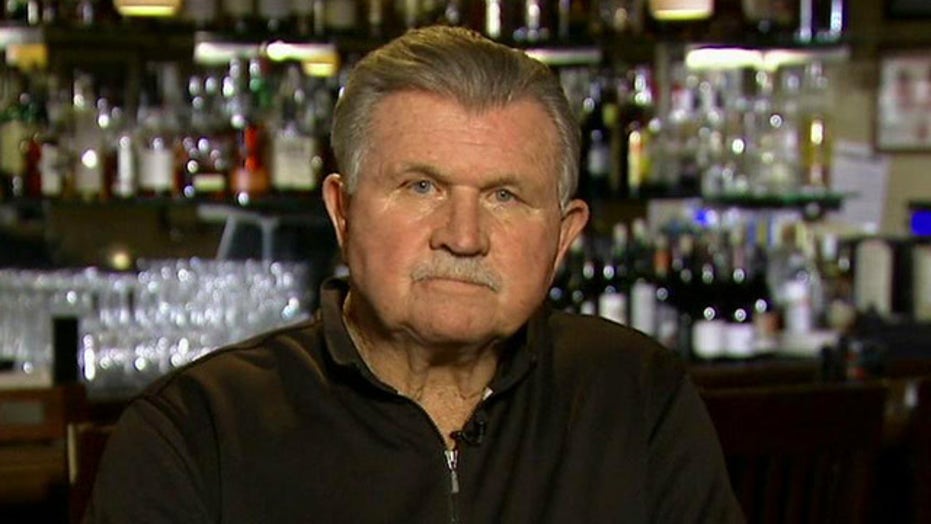 Legendary NFL coach on why he wouldn't want Martin, Incognito on his team

This is a rush transcript from "Hannity," November 12, 2013. This copy may not be in its final form and may be updated.

STEPHEN ROSS, MIAMI DOLPHINS OWNER: I'm sure when we're done this with this, our organization will get better, because I really care about this organization. It's important to me that what is going on is something that could have been a worst nightmare.

SEAN HANNITY, HOST: That was the owner of the Miami Dolphins Stephen Ross responding to allegations that bullying was taking place in the locker room involving Richard Incognito and Jonathan Martin. Here with reaction to all this is legendary NFL coach, the one and only, Mike Ditka. Sir, how are you? Good to see you.

MIKE DITKA, FORMER NFL COACH: Sean, how are you?

HANNITY: I'm good. I read your comments. You said you wouldn't want either of these guys in your locker room. And you got some pushback on it, which kind of surprised me, because I kind of feel the same way you do. Why?

DITKA: Well, listen. You know, I don't think anyone knows exactly what happened. Do I think this was malicious intent? No. These guys -- your brain has to go into gear before your mouth operates, and sometimes guys don't think before they do something. I thought it was a thoughtless act. I don't think there was anything racial meant by it or anything else. I don't care what was said or how it was said. I think these guys were friends and they probably kvetched with each other quite a bit.

I've been around the game of football a long time. I've never seen anything like this in a locker room. When I was a head coach maybe I didn't notice things going on, but I think I knew most of them. But it bothers me a little bit when you say Joe Philbin is to blame for any of this, because he's not. You're operating a football team, running an organization. You've got a lot of people to worry about every day. That is the last thing you would even think would happen in your locker room. So I don't know anything could have been done on his part.

HANNITY: I would agree it got out of hand. But there are some 1,100 texts and even Martin is texting Incognito and saying that he's going to kill his family. It seems that that is the way they were relating to each other. Most people out of the culture of football, would they be shocked at what you hear in the locker room? I assume they would.

You know, I don't know what they're doing, whether they were kvetching or razzing each other or -- I don't know. No one will know unless Jonathan Martin talks and you'll find out a little bit more.

HANNITY: Why wouldn't you want either one on your team?

DITKA: Well, I think this way. Richie Incognito is a tough guy. He has a tough guy image. Could he play for me? Yes. Jonathan Martin, I don't know him, but he is supposed to be a pretty darn good football player. In that sense, yes, they could play for me.

But this should have never got out of the locker room in my opinion. If it comes down to a point where I threaten you and you don't challenge me, you've got a problem. I believe that in my heart. I just believe that. I don't know. I played the game. From my rookie year on, you earn respect. Once you get it, nobody messes with you. I don't care if they've been in the league 15 years, 20 years, or what. That's the way I look at it. But if someone did, I'd have to challenge them.

HANNITY: I agree with you. I don't understand the reaction, and maybe things are going on that we don't know about.

But coach, one of the greatest coaches of all time, best commentators, love seeing you, thank you so much for being with us tonight.

HANNITY: Thank you, my friend.