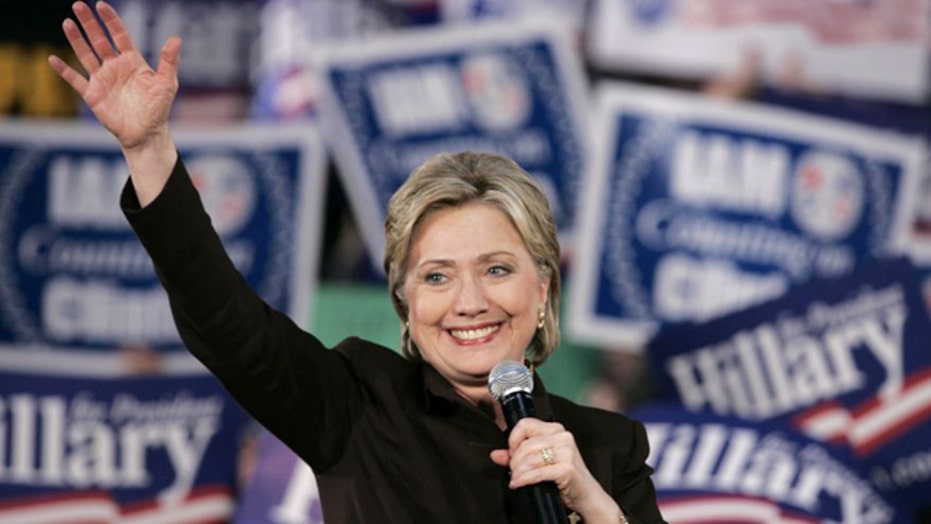 Did Hillary really restore America's place in the world?

This is a rush transcript from "The Kelly File," April 21, 2015. This copy may not be in its final form and may be updated.

So, let's start with Mr. Podesta speaking out on the "Charlie Rose" show and, you know, really being asked for one of the first times I've seen, what had she actually accomplished? What did she accomplish as secretary of state? And now we know the answer, which is excellent news, she has restored America's place in the world.

BRIT HUME, FOX NEWS SENIOR POLITICAL ANALYST: Well, obviously Megyn, there are a great many people who would strongly disagree that America's place in the world has been restored.

HUME: Well, you know, in places like Pakistan and Iran, you're not, you know, there's been no recent time when America was particularly popular there. But more broadly speaking, there are a lot of people that would argue that in the rest of the world, America's place has not been restored, and indeed it's deteriorated, it's standing as deteriorated.

But even if you accept the premise, the idea that she did it, I think is highly questionable. In fact, the truth about the Clinton tenure at the State Department is, that there's no real sign that she was the key to formulating the policy. It seems pretty clear that the president and his team at the White House had strong ideas about foreign policy going in, and that those foreign policy ideas are what has governed from the get-go, and governed to this day.

Now, that does not mean that she was deprived of any opportunity to make her mark. There could have been a major negotiation successfully brought forward to, you know, restoring alliance or create a new alliance for this country. Or there could have been a treaty negotiated that she, she was responsible for. Or some sort of doctrine fitting within the Obama foreign policy that she formulated. But none of those things seems to have been true. It doesn't mean she did a bad job, it just means that she didn't really distinguish herself as some kind of great secretary of state.

KELLY: But what does it tell you that, you know, his answer on what she has done is she visited China.

KELLY: She pushed for Internet freedom. And then he goes on to say, she was tough on terrorism, and restored America's place in the world. I mean, it seems like if he said little things, and then this broad brush, like she solved everything.

HUME: Well, exactly. Look, that's what, that's what you say when you haven't gotten anything better to say. And he's, you know, John Podesta is an old friend of hers and an able guy, and you know, he's doing the best he can. And this is what it's going to be, this defense of her record as secretary of state is pretty thin. And I think that's one of her challenges.

KELLY: And this is the first time we've really heard somebody, you know, heard one of her surrogates, her top campaign chairs speaking out. So, the lines are coming out. You know, the messages are getting formulated, and so, that's why it was so interesting. Like, this is what you're going to go with?

And the other thing that we've heard now from him, Mr. Podesta, and Hillary a couple of times is about what a champion Hillary Clinton is. They really want us to know what a champion she is, and here is an example of it.

HILLARY CLINTON, 2016 PRESIDENTIAL CANDIDATE: Every day Americans need a champion, and I want to be that champion.

I'm running for president because I think that Americans and their families need a champion. And I want to be that champion.

PODESTA: We wanted to make the point that this is not about her, it's about every day Americans and what she wants to do to be their champion.

KELLY: How long can they keep that up?

HUME: Well, you know, it's helpful if you can to show that you're the kind of person who understands the problems of every day Americans. That's something her husband always got very high marks for, and it helped him politically quite a lot. He had the touch for that. I'm not sure she does.

But, look, there was also discussion about the small business that she was involved in, and she told people that, you know, she didn't realize that the situation for small business in America had deteriorated to the extent that it has. Even though she said people have been telling her this for the last couple of years, she didn't really know what they meant.

HUME: So that's, you know, you could almost put that down as a gaffe.

KELLY: So, is why we're not getting access to her, I don't mean we, but I mean, the press. You could hear the frustration with those reporters there. Now we have the "Clinton Cash" book, we have all of this.  And so far, even though Podesta was on with Charlie Rose just last night suggesting -- he said, she's answered a few questions. Let me just show the viewers so they know, this is what she's answered. OK? This is the big exclusive interview that a competing network got, here it is.

UNIDENTIFIED REPORTER: You lost Iowa in 2008, how do you win this time? What's your strategy?

CLINTON: I'm having a great time. Can't look forward any more than I am.

HUME: Well, you know -- Megyn, wouldn't that be a great platform to run on, I'm having a great time and I can't look forward any more than I am.

KELLY: I also feel that way about what I'm doing.

HUME: Yes. That's all it took.

KELLY: I mean, is there a reason they're keeping her way apparently?

HUME: Well, look, I mean, the trouble, the thing she faces is, there's a lot of history here. She's not a new face, she's been around a long time, you know, and she's, you know, she's got not a lot to show for it in terms of concrete achievements. Now she's a symbol, and has been an important symbol for women, and a lot of women admire her who may not agree with her politics or her positions on the issues.

But, you know, at some point, you know, you have to deal with these things, and if you're in a position in a campaign where, you know, you're really not able to answer questions or you don't want to, that's not going to work over the long-term because even if she cruises the denomination because she has, you know, no noticeable opposition really, in the general election campaign, all these issues are going to be out there. And even if the press isn't raising them, the other candidates, the opposing candidate will, and this is all going to be there for people to, for her to answer to, and she's either got to do that or it's not going to work in my judgment.

KELLY: You having a great time?

KELLY: Me too, Brit, always great to see you.

HUME: Yes. You too, Megyn, thanks.