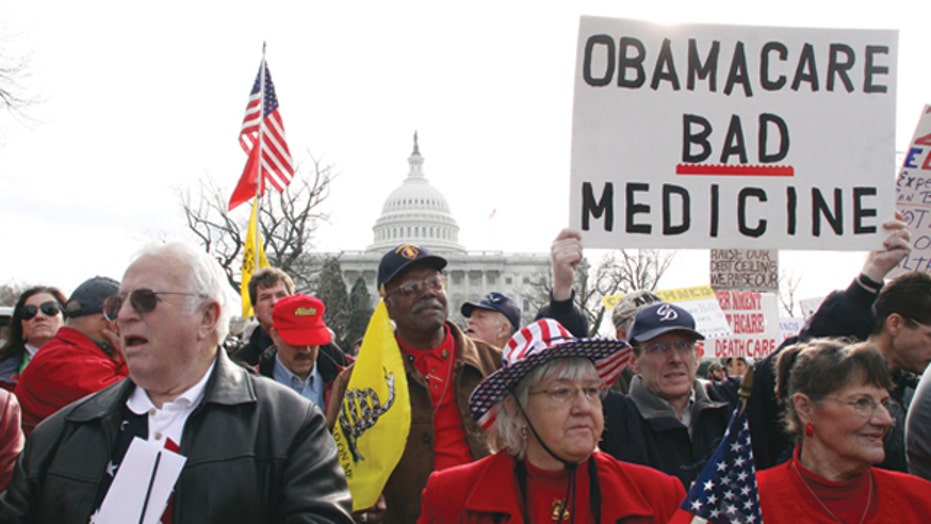 JONATHAN HOENIG: It's like the Willie Sutton theory of government: go where the money is. Money is in trade. Trade is wealth creation; it's how civil people interact-through trade, not through force, which is what Rep Ellison is advocating for. All trade is productive, whether it's high-frequency traders, or mom and pop with an E-Trade account. He's calling for a tax on trade, which is really a tax on production. It makes it more expensive to buy and sell stocks, to borrow money, to start a business. I'm sorry, but one tenth of 1 percent is a big amount of money, especially with the fed manipulating interest rates to 0.

MICHELLE FIELDS: The wealth of the nation does not belong to the government. We're $16 trillion in debt. Our spending is out of control. The idea that we're not broke, but we need to confiscate more of Americans' money is crazy. And if we did implement this transaction-this "Robin Hood" tax, the money is not going to go towards bringing down the national debt; it's going to go to propping up more of these social programs, which got us in this mess in the first place.

WAYNE ROGERS: Every conversation that these guys have starts with the word "need." We need this, we need to do this, we need this. They have no idea. The fact that the guy stands up and says that the government doesn't have any money-he's pitting the people against the government. The government is the people. This is a country built on the fact that we, the people, are part of the government. This guy is thinking that somehow we're opposed to each other and he has the right to dip into the citizens' money. It's an outrageous concept. He's never read the Constitution, he's never read the Federalist Papers. He's a moron who doesn't understand that the background of the Constitution of the United States is to protect the people from their own government.

EMILY TISCH SUSSMAN: I think what he's getting at is the larger question. We are in a sluggish economic recovery, and we are seeing Wall Street going back to the pre-dip circumstances, but we are not seeing that on Main Street. This has primarily been a jobless economic recovery. So whether it's the Transaction Tax, or whether it's part of a larger package-I know you've discussed raising minimum wage on your show-whether it's part of a larger package like that, I do believe he has the right intent there. We shouldn't be bringing the government back to the programs we do need, and we've lost because of the sequester.

HOT SEAT WITH SARAH PALIN; GROWING NUMBER OF DEMOCRATS WORRIED ABOUT PANELS SET UP TO DECIDE HOW MUCH HEALTHCARE INDIVIDUALS ARE ENTITLED TO

SARAH PALIN: It was a pleasant surprise, and I don't think we should condone them for finally trying to jump off the Obama train wreck that is coming down the pike here. I appreciate that they acknowledge it. Of course there are death panels. But the important thing to remember here is that's just one aspect of this atrocious, unaffordable, cumbersome, burdensome, evil policy of Obama's, and that is Obamacare.

MICHELLE FIELDS: If you get one of these TVs, you're basically getting a new roommate; his name is the NSA, and you can kiss the Fourth Amendment good bye. We already know that companies like Microsoft are willing to cooperate with NSA. A new report from Reuters came out that said that local law enforcement agencies are taking information surveillance from the NSA and arresting Americans because of that surveillance. So what you're doing is inviting the government into your home. That, to me, is scary.

WAYNE ROGERS: It's a terrible thing to have the government watching you for anything. I want to get the federal government out of all of our lives. However, nobody is forcing you, once again, to buy that particular television that has that camera in it. It's like buying a gun. You know a gun can kill somebody; it might even kill you if you own the gun. You've got to be careful. So if you buy that television that has that camera in it, you're taking that risk. You don't have to take that risk. Nobody is forcing you.

JONATHAN HOENIG: But Wayne, nobody is forcing you, but you buy the TV with the expectation that government isn't going to be surveilling you eating Cheetos and watching Fox News Channel. It's pretty scary.

EMILY TISCH SUSSMAN: I think that right now we live in a world where we can work under the assumption that any time there is technology that is incoming, it can also be outgoing. They can turn on videos to watch you at home, or your phones. Hackers have been doing this; they've been accessing bank accounts. I think we need to look at the private industry and how much information they have on you. Google has much more information, and can use it much more effectively, than anything the government could do. I think that we should actually be looking holistically at this. President Obama did meet last week with tech executives to start talking about a larger conversation on data.

WAYNE ROGERS: TUNE IN TO SAMSUNG TVs AND SOUTH KOREA PROFITS WITH (EWY)