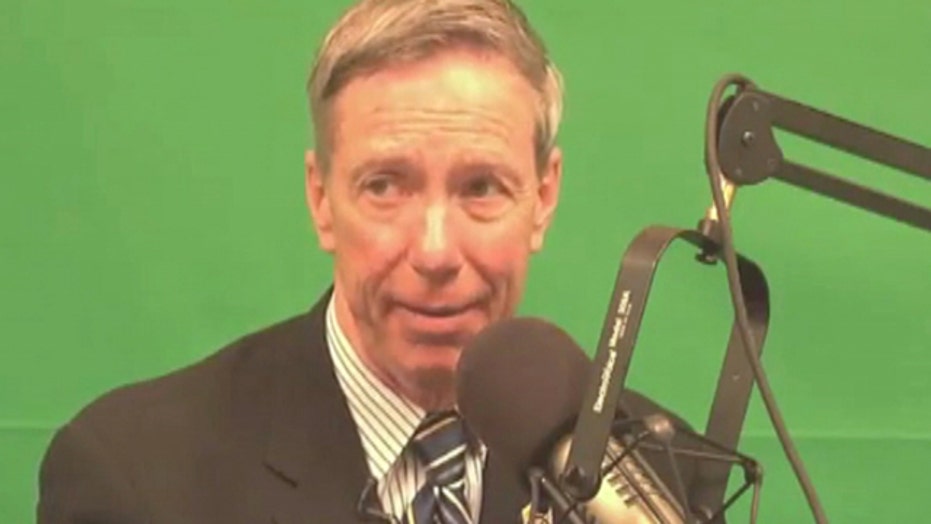 Democrat on ObamaCare: 'It's going to hit the fan'

Worst yet to come?

MICHELLE FIELDS: We are about to go on a ride. In 2017 the risk corridors are set to expire, so there will no longer be taxpayer dollars mitigating the cost of insurers' losses. That is going to drive up the cost of insurance. But not only that, this administration hopes that young people would sign up for health care, and that would provide lower premiums for older, sicker people. They expected 40 percent of enrollees to be young invincibles, but right now it's only 28 percent of enrollees that are young invincibles, and we don't know how many of that 28 percent have paid their first premium yet. So you're right, the worst is yet to come.

JONATHAN HOENIG: Are they pushing back? I don't see it. I don't see the democrats turning on Obama or ObamaCare for that matter. Maybe one small elements of the plan, but they are very much in agreement with the basic premise of ObamaCare, which is the health care is a right. And unfortunately, what I hear at least, is that many republicans tend to agree. Listen to any republican today they talks about "common sense reform" for ObamaCare. They don't talk about a free market in health care. They talk about wanting to restore cuts to Medicaid, Medicare, not get rid of these entitlement programs all together. So unfortunately I think both parties are on the bandwagon of government involvement in health care, and that's bound to collapse.

BOB BECKEL: I notice the one democrat you've got, if I'm not mistaken, he voted against ObamaCare to begin with, right? So let me give your producers credit for finding a piece like that. Here's the problem you guys have, you kept saying the sky was going to fall in last fall. "ObamaCare is going to be this. It's terrible, it's terrible." It's working. It's got 8 million people. Just get over it, it's going to be there. ObamaCare is going to be the law of the land for as long as you can see. It may change some, and I go back to the Medicare days when they had arguments about Medicare, same thing. It was very unpopular, it eventually worked. It's sinking in. there's millions and millions of people in it and it's going to work, and by the way it's 35 percent they wanted for young people, they've got 28 percent.

JONATHAN HOENIG: I couldn't imagine what Bill thinks, Eric, but I think that government of course should have never given those loans to begin with. Doesn't matter how many jobs we're creating, the end does not justify the means. I think, to your point, it's wrong for the government to give anyone our taxpayer money. But in terms of Tesla deciding to manufacture cars in China, to be honest, it's irrelevant where cars are made and to the extent that cars can be outsourced or manufacturing can be outsourced to save American companies money, that's a good thing. The money saved is reinvested back here in America in new wealth creation in a free economy. Unfortunately, that's not what we have today. We have a highly controlled economy. That's why you're not seeing the jobs under Obama.

BOB BECKEL: How many of the companies you all invested in are in China? Start with Walmart, one of the biggest Welfare recipients by the United States government. Everything you talk about-high tech-all those things came to you by research and development grants by the United States government. The Internet, plastics, computers-go on down the list. You guys talk about this. What about the money we give to big oil every year? $4B and they're hugely profitable.

EPA CHIEF BLASTED FOR PROMOTING EARTH WEEK WITH A JET-FUELED

JONATHAN HOENIG: When it comes to the EPA and so many of the greens "hypocrisy" is the term that fits. Again, it's kind of like Obama's "Animal Farm" with many of these regulators. All the animals are equal, but some are a little more equal than others. The Sierra Club, pretty much the same thing. The Daily Caller this past week had an article about how many of the Sierra Club's board members drive SUVs and gas-guzzling jaguars. But you can't blame them. If you wanted to have a zero footprint, as all these greens say they do. You'd have to kill yourself, you'd have to commit suicide, so they're whole lives are hypocritical. You need to use the earth to live and prosper.

MICHELLE FIELDS: Typical democrats. It's ridiculous. They're constantly trying to get us to ride bicycles. They want us to live in huts. But it's totally okay for them to go on their jets. The President on Earth Day burned 35,000 gallons of fuel flying from Washington DC to Washington state, and then he went all the way to Asia. But it's totally okay because he's the President, he can do what he wants, but all of us have got to live like we're cavemen.

BOB BECKEL: You don't want the government around, so Jonathan wants dirty water that we used to have, the dirty air. You know that was cleaned up by the government.