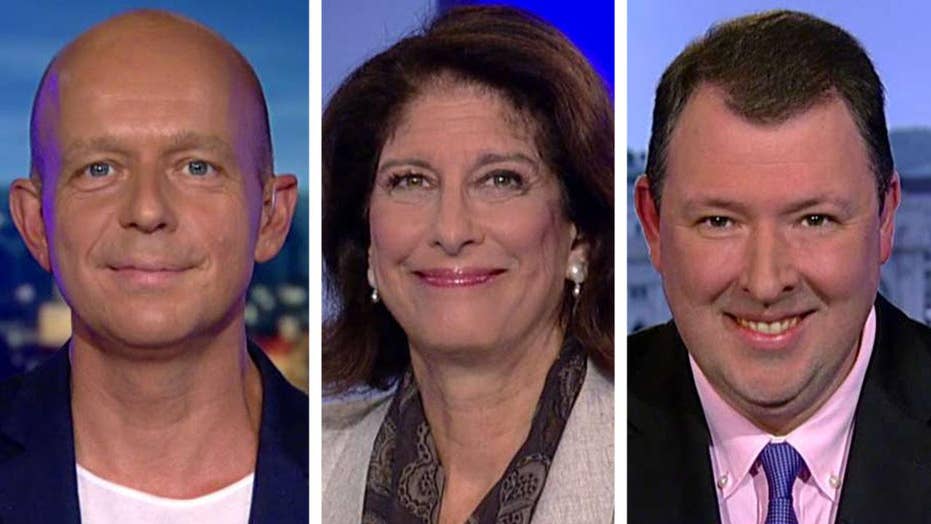 The 'Special Report' All-Star panel debates the challenges facing the Democrats and Republicans.

This is a rush transcript from "Special Report with Bret Baier," September 10, 2018. This copy may not be in its final form and may be updated.

TOM PEREZ, DEMOCRATIC NATIONAL COMMITTEE CHAIR: We're fielding great candidates everywhere. You've seen the energy out there. Democratic turnout in the primaries in 2018 has been up 84 percent from 2014.

RONNA MCDANIEL, REPUBLICAN NATIONAL COMMITTEE CHAIR: The president has a 90 percent approval rating among Republicans. Remember in the midterms, it's the party that is turning out their base. We have to turn out our base first.

FORMER PRESIDENT BARACK OBAMA: In two months we have a chance to restore some sanity in our politics. If we don't step up, things can get worse.

PRESIDENT DONALD TRUMP: President Obama made a speech. If that doesn't get you out to vote for the midterms, nothing will.

BRET BAIER, ANCHOR: The countdown is on. We are under 60 days here and we're getting closer to the midterms. As you look at the generic congressional ballot as it stands now, the Real Clear Politics average has Democrats up almost eight points. We have power rankings on the FOXNews.com website: On the House side you can see likely or lean Democratic 202, likely or lean Republican 203. Those yellows in the middle, 30 toss up. That is what will determine who the House is determined, who is controlling the majority.

On the Senate side, you have 19 likely Democrat, 4 lean Democrat, five toss up, two, lean Republican, five likely Republican. And there you see the break down. You go state by state and some of these states are getting tighter. They are not supposed to get tighter according to Republicans on the Senate side.

Let's bring in our panel: Steve Hilton, former adviser to British Prime Minister David Cameron, host of "The Next Revolution" here on Fox News Channel; Mara Liasson, national political correspondent for National Public Radio, and Washington Post columnist Marc Thiessen. Mara, let's start on the Senate side. You look at some of these numbers, that is the surprise.

MARA LIASSON, NATIONAL PUBLIC RADIO: That's the surprise. Republican were -- this was supposed to be a pick up opportunity year for them.

LIASSON: The map is great for them. There are five Democratic incumbents running in red states, some of which Trump won by more than double digits. And last week we saw a bunch of polls, Missouri, Tennessee, Indiana, where they are dead heats. The Democrats are holding their own, for now. These are very red states. But this is not looking the way that Republicans had thought it would look earlier in the cycle.

BAIER: So the president's approval rating according to some polls is now dipping under 40 percent. But the economic change since he took office, the numbers, if you just look strictly down the line, the real GDP growth, the unemployment rate, consumer confidence, average hourly earnings, all heading in a very positive direction economically. Does one outweigh the other when it comes to some of these swing races?

MARC THIESSEN, THE WASHINGTON POST: When you have the economic news that we have, you've got 700,000 people who have moved from part to time full time work, 3 million new people working or who have full time jobs under President Trump. You've got manufacturing jobs growing. Remember he said he was going to fight for the forgotten Americans in the manufacturing sector, fastest growth in 14 years. Layoffs, half century low. Fastest wage growth in nine years. Trump should be cruising to a huge victory in these elections but he's not. Why is that?

Look at what we have been talking about in the news for the last couple of weeks. The whole fight about John McCain and the flag going up and down. The Woodward book, the anonymous op-eds, all these different things, and a lot are self-inflicted wounds. There is chaos in the White House, and it's overshadowing the real accomplishments that the president is having. People are doing better under Donald Trump across the board. Black unemployment, African-American unemployment, women's unemployment is down. And yet these races are so tight. It's being caused by a reaction to the chaos in the White House.

BAIER: The White House bringing out a senior economic advisor today to make that very case.

KEVIN HASSETT, COUNCIL OF ECONOMIC ADVISERS: If you look at the collective body of evidence, the notion that what we are seeing right now is just a continuation of recent trends is not defensible. President Trump deregulated the economy. We've talked about how that effects growth. The tax cuts have had exactly the predicted effect on the economy. That's brought businesses back to the U.S., factories back to the U.S., and created jobs for ordinary Americans. It's clear in the data that there's been a trend break.

BAIER: Kevin Hassett is not out on the stump every day, but they're making the case.

STEVE HILTON, FOX NEWS: It's a good case, they should make it. But I think the important point for the Republicans to remember is people don't vote out of gratitude. The economic stuff, that might have an effect when people are feeling it. I think it's particularly effective for swing voters, not so much the base. But the real point, I think, that they need to grasp is that elections are generally about the future. And in particular, those swing votes, if you are going to get them out and get them motivated, it's not enough just to tout the achievements. You have got to actually say if you don't get the Republicans back, then all this is at risk. The Democrats will put up your taxes, confidence will go down, the job prospects will get worse. You've got to have a bit of that negative push.

LIASSON: Anger and fear. And I'll tell you something, what Donald Trump has done is he has made the election about him. It doesn't really matter what anybody else says, he is so dominant that it matters what he says. And he has another version of that message which is if the Democrats win they are going to impeach me and remove me from office.

HILTON: I think that does work with the base, but certainly not the middle.

BAIER: And here is, by the way, Maxine Waters over the weekend who, depends on where you sit in the Democratic Party whether she helps you or hurts you.

REP. MAXINE WATERS, D-CALIF.: I wake up in the middle of the night and all I can think about is I'm going to get him.

BAIER: So that definitely plays for her.

LIASSON: They're the perfect pair.

BAIER: But again, the reality is that what Donald Trump has failed to do - - he's probably the most successful president of my lifetime in terms of getting his agenda through, getting the economy moving, judges, everything down the line. And how could a president so successful be so unpopular? It's incredibly frustrating because a man like him, he has a core base of about 43, 44 percent that will with him no matter what. They're going to go out and vote in these midterm elections. He should be at 50, 51, 52. He should be getting people coming over.

BAIER: Based on the data.

THIESSEN: Based on the data and the effects of his policy. And for some reason he has been unable to expand. What you do in an election is you energize your base and you try and broaden your appeal as president.