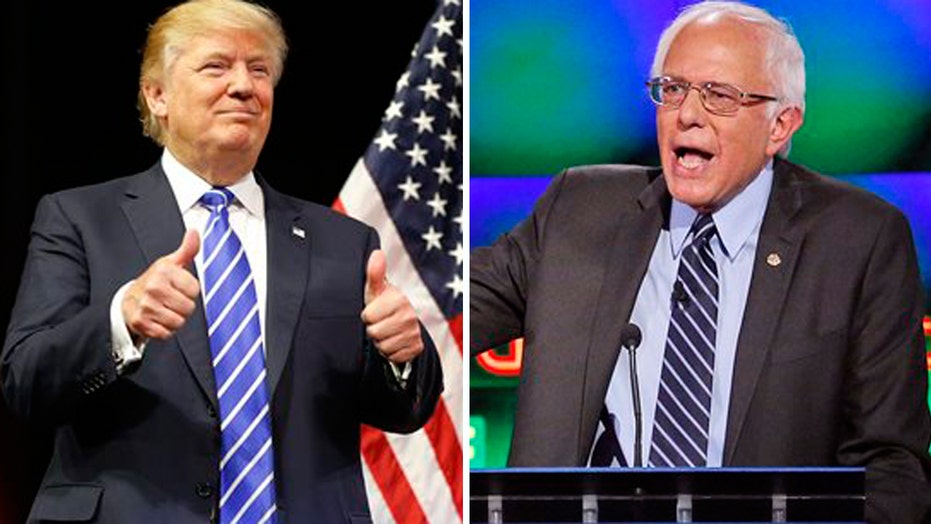 Dem candidates bash the rich as Trump touts his wealth

Which approach does America need?

Charles Payne: What are the hell of the accesses of the capitalism. It's too rich. We're too rich in America. Here is what trump does that like this is what we have talked about for years. All of this is aimed at black people and now the whole country and the higher minimum wage and that junk. When Donald Trump talks about himself, he is saying that America is a great place and they work hard. I think those are totally counter what the democratic are trying to sell and the collective. By the way. not everybody running is a millionaire.

Dagen McDowell: The biggest laugh is Bernie and saying that we're a nation and we need to do more to support small and medium size businesses. This is a choice do you want to let those in the government make decisions for you. The answer with a big hell is no. That's the choice. It's been going the other way unfortunately.

Charlie Gasparino: I watched the debate before I fell asleep because it was so lame. I did not think that they were so full throated anti capitalism as you say. Yeah, it's one thing against the access of capitalism. They mask the socialism pretty good in this debate.

Ben Stein:  That's a math problem. What i am concerned about is that it was about ending. That whipping up people to be envious. Whipping up those leaves only the dictatorship and that's out of it and getting started and how Hitler’s party got started in Germany. We do not want a policy based on enemy or people successful. I don't think that they're anything right.
Adam Lashinsky: I think that we're ignoring something. On the one hand they admire rich people and even people like Donald trump that hit a home run, they do admire him for that.

Ireland Pushes to Slash Corporate Tax to 6.25% for Some Companies

Charles Payne: They're stepping up to the plate. There's such a crowd and trying to get in there and this is really smart. Part of this is around the property. Two years ago an American company decided to put one of the new drugs in Ireland. There's cash from 8 billion to 15 billion in one year. Imagine that kind of money and not coming to this country because of the lower tax rate.

Ben Stein: Well, there's no clear evidence that having a lower tax rate leads to economic growth. It could mean that we should have a uniformed tax rate. There's nothing that promotes prosperity. The rates that are important is the rate that they're willing to work and sacrifice.

Dagen McDowell: The talent is in the United States. This is corporate tax trickery, and they have had a history of it. They have got rid of the double Irish and tax --

Charlie Gaspatrino: Very strong economy over there and strong workforce.

Adam Lashinsky: They have a duty to explore that. I want to remind you that this is a country of four and a half million people. This discussion can only go so far and that Ireland can do for the people.

Dagen McDowell: I love this idea. I love it. Because you don't have to be put on the spot about re warding somebody and deciding how much to reward this person. It lets Danny Myers restaurant group pay the cooks more.

Adam Lashinsky: I'm totally oak with this. I have gotten used to getting out of my uber car and not having to tip. There is controversy on that. I love it. I don't want to think about it. I have enough to think about.

Charlie Gasparino: you tip so you can get better service, you get a table faster. That's capitalism. You pay extra.

Charles Payne: I'm glad you brought that up. People need to understand Danny Myers, one of the guys at the head of the conscious capitalist movement, it's about individual effort. I want someone to work hard for me like ben stein said. I love rewarding them. When someone sucks i don't want them to get the extra nickel.