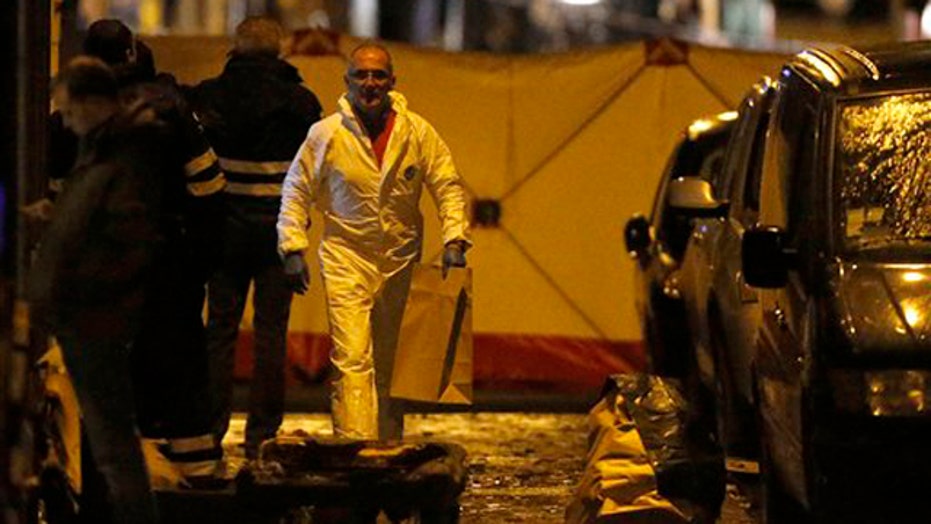 Amid new round of anti-terror arrests

DUTCH MAYOR TO FELLOW MUSLIMS: IF YOU DON'T LIKE FREEDOM, LEAVE

Charles Payne: Strong words and great to hear a Muslim say that. He found himself in a country; he learned how to embrace him. People used to knock him with dual citizenship and things like that. If you look at America as a template for why this works, people from all over the world come here. They keep their culture. Everybody wants the American dream. Unfortunate a lot of these Muslims are going to Europe go with contempt. They don't go to embrace where they are going or to become part of the fabric. They go to take the fabric apart. That's the problem.

Charlie Gasparino: I think what we see going on in Europe right now is the template for what could happen in America if we continue to embrace multiculturalism. Go to university campuses and you read the mainstream media and multiculturalism is the bible to them.

Dagen McDowell: These groups in Europe, and this is promoted by governments in Europe. The Muslims live as a group and they don't assimilate. That's where it became the problem. I think in America we won't tolerate it. Look at what happened to Duke University. They were going to have a Muslim call to prayer at Duke University once a week. They reversed course. They said we were trying to promote understanding.

Adam Lashinsky: My only quibble with the discussion is that this isn't really about multiculturalism as such. I read the mayor's comments. I agreed with them 100%. By the way, this isn't about Islam. I think he made that point extremely well. He is saying here in Holland we have room for Muslims, I'm a Muslim. We absolutely can tolerate Islam here.

AETNA BOOSTING ITS OWN MINIMUM WAGE TO $16/HOUR

Charles Payne : I'm going to borrow his conspiracy hat. Aetna and other companies put together the Obamacare package. They are making money hand over fist. This is quid pro quo. I wouldn't be surprised if Aetna is sitting next to Michelle Obama at the state of the union address.

Charlie Gasparino: I agree this is conspiracy. This is crony capitalism and Aetna is part of that crony capitalism cycle. I will say this. The economics is so bad on this minimum wage stuff.

Dagen McDowell: It's happening in other sectors. Gap is raising the minimum wage to $10 by June. Walmart pledged to make sure none of its employees make minimum wage which was fewer than 6,000, 1.3 Million workers at Walmart were making the actual minimum wage.

Adam Lashinsky: It's a fascinating story. The fact of the matter is aetna is doing well and they are getting ahead of what might be -- we might be seeing some wage pressure coming in the economy, which is great news, by the way, if that's true. The issue is with the president is talking about something else which is a safety net. It's a different conversation.

DEMOCRATS AND REPUBLICANS FIGHTING OVER RECENT AMENDMENTS TO KEY BILLS

Dagen McDowell: This is why people hate congress. That's why their approval rating is 18%, she is the nasty neighbor who pitches about your dog barking and then fires up her leaf blower at 6:30 In the morning on a Saturday. That's who that is.

Charles Payne: This is hypocrisy, it's ridiculous. Dagen hit is spot on.

Charlie Gasparino: That would be what we hoped for. If she were conservative how many times would she be on John Stewart at night. That was so scary with the glasses and everything. Let's be honest -- let's be fair and balanced they both do it.

Adam Lashinsky: We never had clean bills nor should we expect to have clean bills. What we should expect is they would behave themselves better and not say things like she said in public. If you want to attack the other side do it in private where you can work things out. When you're talking to the American people trying to be a leader, try to be a leader.