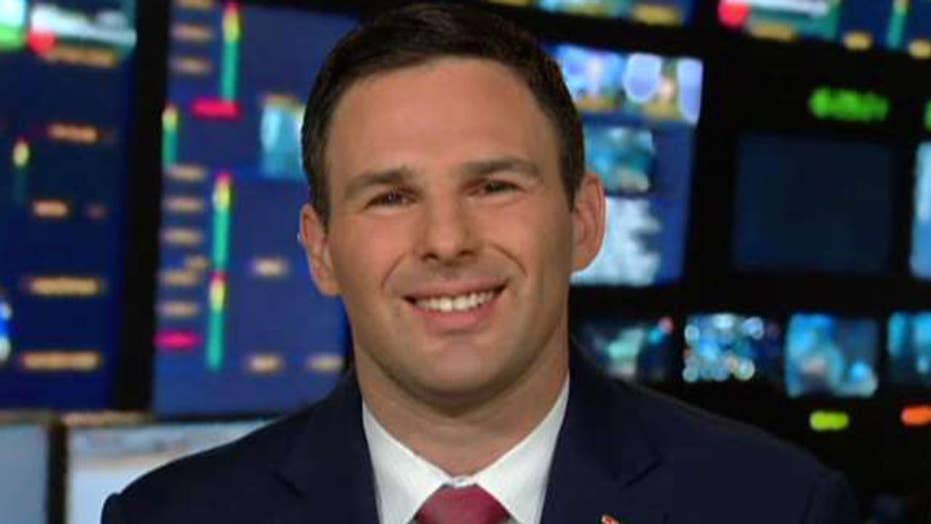 In the ad he says, ““After 9/11, the greatest threat to our democracy lived in a cave. Today, he lives in the White House.” An image of bin Laden is shown before the screen flashes to an image of the White House then a photo of President Trump.