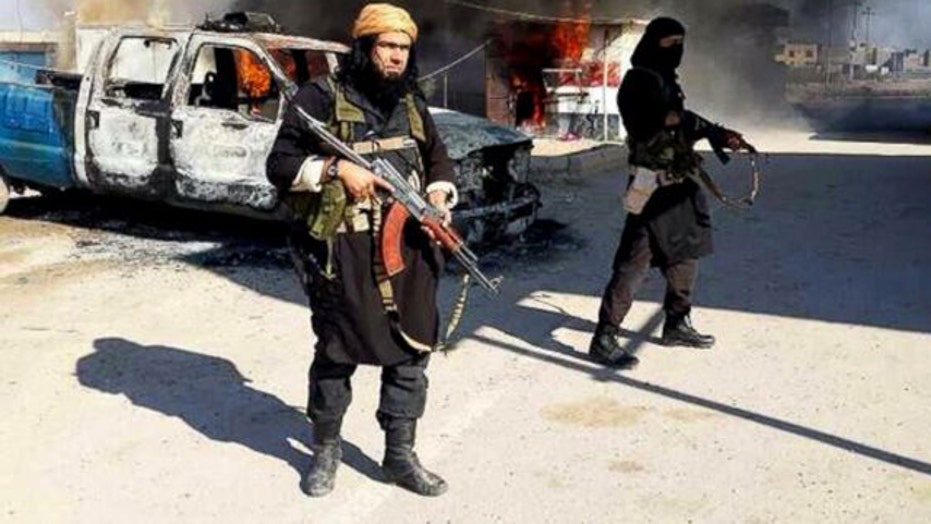 Cut down ISIS by cutting off their cash?

Gary B. Smith: Well, you started the segment with two questions, one, how do we do it, and then two, would it work? Let me answer the first one first, would it work, absolutely? If you look at the history of warfare across the world, whether it's Nazi, Germany, Japan, what really is the background of success is cash. Nazi, Germany had to sell all the art they acquired. Japan had to take over other lands. So really, if you don't have the funding, you can't win the war. Can we stop it? Well, i'll tell you what, the oil money is starting to dry up. Isis still gets a lot of money from selling contraband, from private donation, it's going to be difficult, and countries like Russia are starting to step in. It can be, it's going to take a lot of cyber warfare on our part to find out where the money is going, but it can be done and it should be done.

John Layfield : I think we can to a large degree. I completely agree with Gary. It's like a great chess match about Russia banks not tanks. And what we did with North Korea and is we cut it off to Asia. At one point, he couldn't pay his top lieutenants. This does work. They are not like al Qaeda. They are not funded primarily through donations and through sympathetic people, they're self-funded. When oil prices were about $100, they were selling it about 39 to $40 a barrel, smuggle it through Syria and Turkey. And now that oil is about $50, it's probably about half that of what they're selling it for. They're getting hurt significantly. Estimated about $6 million at their peak from oil sales, now about five to $600,000 a day. I don't think it's either or at this point. I think we target the refineries with military action, and we target the people that are buying. Russia's stepping in is a very big deal here because they very rarely have taken the lead. They're scared about the tensions stepping up.

Jonas Max Ferris : Because unlike Nazi Germany, a terror war, they're not building nuclear submarines, they're methods aren't that expensive. Everybody needs money. We don't really know what the source of funds is. You know, it could be our friends in the Middle East, and we're just saying they're self-funded to take the heat off that. At the end of the day, track tendency, goal, I think that's the move we have to do is make maybe with other countries, they have cash completely to starve the countries. Gold transfers going. That'd be the only way to starve them, but they need a phone to go bankrupt. The Soviet Union, they to rebuild it. They're not having their infrastructure destroyed, they can go on with not a lot of money.

Tracy Byrnes: They do, and they do have this local war economy going on right now. But to John's point, we can get in and in full trait this. Everyone's been talking about Kuwait, they've been filtering money in through the Arab nations. They're there for the extremist groups, why aren't we there? We have to think out of the box label the here. And we should stop this, no matter where it comes from, no matter who's involved. I think at this point, we have to stop the friendliness, stop the cash, and it will hurt them. Whether they're just living on land and their barbaric ways in inexpensive. They are still money-hungry. Otherwise, they wouldn't be doing this.

Sascha Burns You can't have it's not a traditional army, but you can't have an army that you can't feed and they can't feed their own families. So the more from the funding outside sources is taken away, they have to go after the local communities even more. Through extortion, through taking over the local communities and illegally taxing them. You know, that's not how you win the hearts and minds of the people which is going to be a huge way that ISIS is defeated is the more muslims that turn against them. The more Jordan gets involved and the other arab countries are pressured to do backing off.

Tracy Byrnes: People are not happy in the jobs they have. Gallop did a poll that shows 70% of people are disengaged. Why? Because a lot are entry level. A lot of people got laid off and had to take the first job that came by them. And still people are in jobs they don't want to be in. They are afraid to leave because the economy is still on shaky ground. The media hasn't changed at all since 2000. People are still feeling that, and it's not making this economy get any better. If you don't feel good at work and you don't feel motivated you're going to get them. You're not helping out the economy.

Sascha Burns : I think you have to look really hard to find bad news in this report. I mean, you know, as the president said, it's good news people. We have the best economic growth in 15 years, we have wage growth, we've got more people looking for jobs, and, I totally disagree with it, consumer confidence is up. We know that. Some is down, that's why more people look because they believe they can find jobs. So, you know, if it's not the best job you can get, it depends on how much you want a job whether you'll take it or not.

John Layfield: I agree with Sascha. And I agree with Tracy and Gary b. Also, they are not really conflicting points of view. This was a great number. 3 Million jobs, wages up 2.2% In 2014, 26% of surveyed said they have positions that corresponds with previous business peak, but if you look at the jobs that are being created, this is the one negative. And I think it's very good, but you had 408,000 people increase, people going in the labor force that did not have high school degrees. 222,000 Dropped out. We are seeing a lot of jobs that are good, upper middle, higher income jobs lost. We're seeing a lot of lower income jobs added, but Sascha is right, jobs are jobs, and it's good that we have jobs being created.

Jonas Max Ferris: George bush got a lot of criticism when the unemployment rate started to go down after the tech recession, the other side was like oh, they're mcjobs, you attack the type of job it is when the unemployment rate gets low, and it wasn't a good criticism then, it's not now. At the end of the day, when you let people go, you don't let go the highest quality labor. Let's be honest, you're cutting the people that borderline anyway when the economy was good, and when you add them back, they're not going to be the highest paid people in the world in the highest best jobs because those people didn't lose those their jobs. Not everybody, but in general. Yeah, it's mcjobs on the way back out of a recession, too bad.

John Layfield : The government has done a good job, especially in physical security, but also in cyber security, they have done a relatively good job. Gary b. Pointed out so many times, we spend about five billion, that was a fivefold increase in 2013 on cyber terrorism. I think we need to spend more than that for the simple effect. Mutual destruction. The reason that nuclear weapons were not lost during the cold war because of the soviets launched them at us, we would have launched it at them. Somebody shut down north korea. We need that option. We also need the option to protect ourselves because we're not going to be attacked militarily, but picture what country could put together hackers and causes a lot of damage.

Tracy Byrnes: I think the government has to wake up, but I also think corporations now need the corner office to go to the guy who controls all that stuff from here on out. I mean this is a big deal. We heard from intuit on Friday, turbo tax, hacked for fraud, people are filing, taking your social security numbers, filing, getting your refund. This is happening everywhere. The companies are beholding these days to have a system in place, double, triple encryption, whatever you need, and they're not taking it seriously.

Gary B Smith: I think the government's job is to defend our borders, and now we're starting to realize that it's not just from incoming missiles, it's from incoming cyber security threats. So in that regard, I agree with John. Now, the problem backs is what if the cyber terrorism, if you will, is from inside our borders? If it's just some group of nasty hackers, then I kind of agree with Tracy, it should be each, each company's job. I mean, it's not blue cross blue shield's problem that anthem can't get their act together. Why should they have to pay? That's where I draw the line.

Jonas Max Ferris: It's not an easy fix. This isn't like companies selling vitamins made out of house plants. They don't to want get hacked either. There's not much to do to stop from getting hacked. The government started this social security number thing, and in every morning story, social security numbers were taken. Everybody's doctor saw social security. When you go to the hospital, you have to write it down like 17 times on third generation Xerox and everybody you talk to at Cable Company. We need another id number that is not used for credit This data hoarding, I installed a bad locking app saying I had it from my birthday.