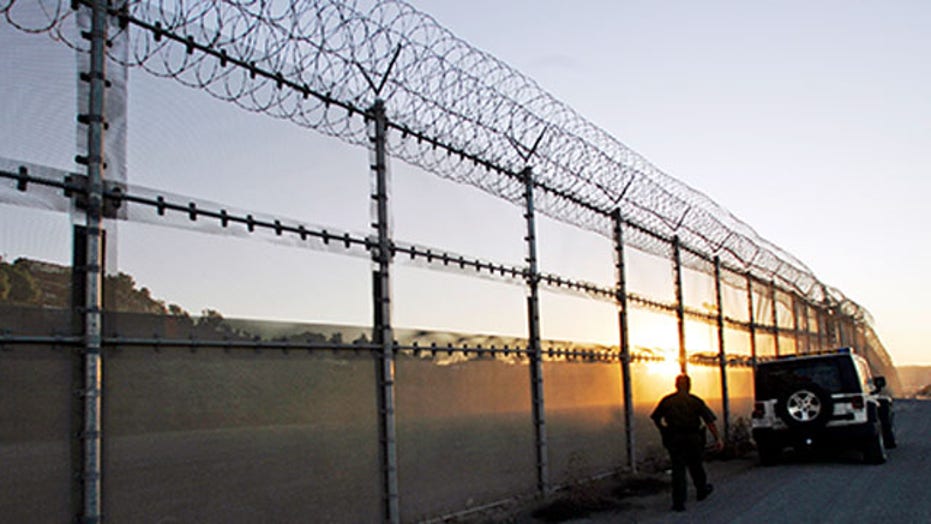 Critics blame Obama's policies for chaos on the border

Wave of illegal immigrants cross into US

MICHELLE FIELDS: If you look at the newspapers in Honduras and El Salvador they're telling people that if your child goes unaccompanied across the border they will basically get amnesty; that President Obama will not deport him and neither will his administration. But the question is why are we opening our home and our wallet at a time when we don't even have money to take care of ourselves. I understand the President wants to help illegals. He wants to help these dreamers, but what about the dreams of the young American citizens in this country who are suffering and who are living in poverty? Why not spend those $2B on border security, on creating a fence that actually secures our country rather than spending $2B on something that is a consequence of not having a secure border?

WAYNE ROGERS: The man has violated the law constantly. He's violated the Constitution. He's given amnesty for illegals that entered the U.S. before the age of 16. He's giving amnesty to illegals who have relatives in the U.S., he's giving amnesty to illegals who are parents and guardians of people, he's giving amnesty to the-key word-"illegals"/ they're already illegal. You can't violate the Constitution if you're doing something legally; he's doing it illegally. He ought to be impeached, and so should Eric Holder. Congress has no guts for it. The republicans are pusillanimous peewees. They don't do anything about it, and they should stand up and be counted instead of running for the exit every time they bring this up.

JUAN WILLIAMS: You talk about Cuban refugees, these children are refugees from war and from political instability and threats to their lives. So if you're a father, Eric, to that kind of child on this Father's Day weekend, you would be looking out for your child, too.

JONATHAN HOENIG: I don't think we should disparage people who are yearning to breathe free. We shouldn't disparage these American dreamers, these immigrants. To Juan's point-this is a country of immigrants: Alexander Hamilton, Andrew Carnegie, Ayn Rand. We should be delighted that people want to come here and work.

JONATHAN HOENIG: Stay the "you know what" out, Eric. Look at the Middle East: it is a cesspool. It is savage Islamic tribalism-except for Israel-everywhere you look. I don't think we should spend one American penny or risk one American life if not in service to Americans. That means destroying the enemy, keeping Americans safe-not meddling in tribal warfare, which does no one here in America any good.

WAYNE ROGERS: I love Jonathan's energy about this. He's absolutely right in the following sense: it is not in our selfish best interest to be involved there. You've got Shiites on one side, you've got Sunnis on the other side; they've been trying to kill each other for 2,000 years. Let them go ahead and do that. If we're going to maintain the balance of power in the Middle East, using Israel as a lever. That's what we should do-- we should stay out of their conflicts. Let them kill each other.

JUAN WILLIAMS: I love the way you set that up, that Obama lost this. Well that's hilarious. But anyway, let me say we already give helicopters, we give missiles, we've even given fire jets, we've trained the military, but the guy that's responsible is the President, who has allowed his military to absolutely fall apart and that's why he's getting crushed. It's not our problem. The only stake we have in this is making sure that terrorists don't come out of that region, and that's the reason we've got to do that.

MICHELLE FIELDS: I'm going to be a war hawk right now and say that we have to do something. If we don't this could spread to other regions. It could spread to Jordan. During 9/11, before this happened, these terrorists had just a small plot of land to train for the attacks on 9/11. If we don't do anything about this, they're going to have an even larger region to do something terrible. I think that the President needs to fire whoever is advising him, and General McChrystal on the line, get General Petraus on the line and figure out something to do.

"ROUND 3": TOPIC #1- HILLARY CLINTON: WE WERE "DEAD BROKE" AFTER LEAVING THE WHITE HOUSE

WAYNE ROGERS: "I wanna go broke, I wanna go broke." Hey, I can beat that. She comes out. She does Benghazi, she did White Water, she did all these things so she can talk about all of these scandals she's in and make a lot of money. I want scandals. Make me broke.

MICHELLE FIELDS: I think most Americans would give up their jobs in a heartbeat to be "broke" like the Clintons. Hillary and Bill are the greatest snake oil salesmen on the plant. They pretend to be everyday people and act like they are in touch with everyone. At the end of the day, they're rich elitists who have several multi-million dollar homes. I wish I was as broke as them.

JUAN WILLIAMS: The book's out, and I think she's had quite a week of attention. I think actually the biggest threat is coming from the left questioning why she didn't support gay rights earlier. So I think you're going to get a lot of attempts to deflate Hillary Clinton. Rush Limbaugh is all over here. But right now no other candidate, republican or democrat, comes close.

JONATHAN HOENIG: We've got to question the source. Hillary just recently talked about how the Islamists we released pose no threat to the United States. She has zero credibility with me.

WAYNE ROGERS: Energize your portfolio with energy stocks and (NS)