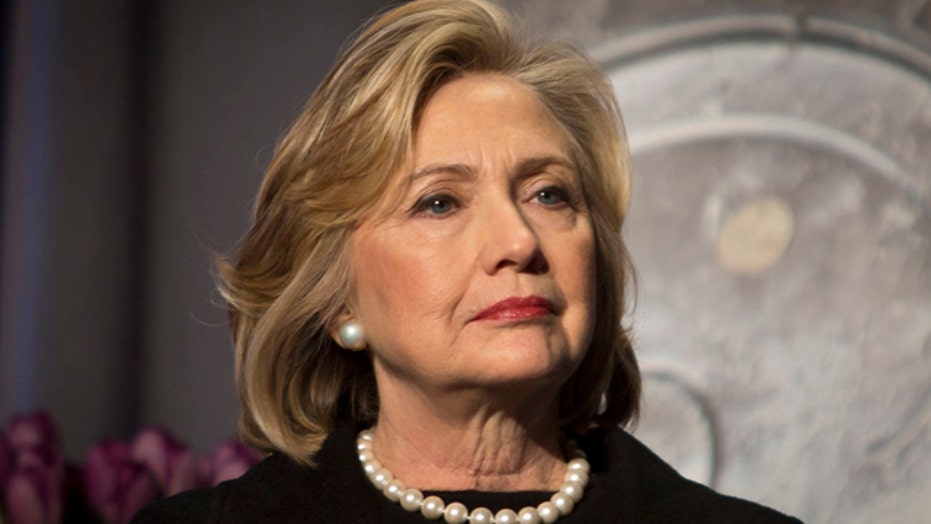 This is a rush transcript from "Special Report," May 28, 2015. This copy may not be in its final form and may be updated.

SEN. BERNIE SANDERS, PRESIDENTIAL CANDIDATE: Hillary Clinton can be for the trade agreement. The president is. She can be against the trade agreement. I am, Elizabeth Warren, many of us are. But I just don't know how you don't have an opinion on this enormously important issue.

BRET BAIER, ANCHOR: Independent socialist Senator Bernie Sanders now running for the Democratic nomination calling out Hillary Clinton. And he is not alone. You have Richard Trumka, with the AFL-CIO, the president of that labor group, saying that unions could hold back an endorsement possibly of Clinton or offer a weak nod essentially and not get liberals fired up for this nomination if she decides to come out for the trade deal that President Obama is pushing.

So we are back with the panel. A.B., what about this? And, you know, we heard from Hillary Clinton on all sides but not a definitive yes or no.

A.B. STODDARD, THE HILL: Well, my favorite response of hers is when she says that she needs to see what's in it, because, as a former member of the Obama administration married to a former president, a former secretary of state who was a student of this deal, and someone that the Obama administration is desperately hoping will support this deal, she has access to what's in it. I can tell you she doesn't have to go to the secret room in the capital that's behind several locked doors like members do to find out what's in it. So she is pretending she cannot obtain this information and make a decision.

What's interesting about what's going on is unlike these other issues, where she wants to hide -- the Keystone pipeline which labor supports and the administration opposes, she has never said anything about the Keystone pipeline. On the deal with Iran, which she is dodging an answer on, she is now under pressure in this what was to be the cakewalk primary from big labor. And they're saying, I mean, it would be one thing for Bernie Sanders to say it, she will ignore him. But for Trumka to come out and say we need an answer now, this is actually a problem for her. I bet she actually probably ends up flipping on it if she feels the heat. I don't see her coming out saying I'm going to help my friend President Obama pass this deal.

BAIER: Everything we are hearing about this in Democratic circles is that she probably is going to come out, Steve, against this deal.

STEVE HAYES, THE WEEKLY STANDARD: Well, she would be better off doing it now so she has time to actually explain herself than waiting and building this pressure. I think A.B. is right. I think she will come out opposed to it.

But the real problem for her is not that just she was a member of the Obama administration, not that she knows what's in the deal. This was a centerpiece of the pivot to Asia. She was secretary of state. This is what she was doing for all those years that she was flying around the world. And she is going to have to flip-flop on something that is the core of her legacy as secretary of state. It's raw, naked politics, and it's bad, and I think she is going to do it anyway.

BAIER: Charles, she is in South Carolina yesterday. And she says "I went to work for President Obama because he and I share many of the same positions about what should be done in the next presidency." This is maybe not one of them.

CHARLES KRAUTHAMMER, SYNDICATED COLUMNIST: Well, that's kind of a weird statement, particularly because she is wayward on something that is so important to the president.
I mean, this is going to be the one area where he is going to leave a legacy in foreign affairs that I think will stand up, the TPP, because it will help to strengthen our relations. We were speaking about China. It will be essential to strengthening our relation with our allies in the region. If we reject it, it will be a disaster. They will all have to gravitate into China's orbit.

But, I mean, it's rather amusing. Steve is right. This is her legacy. But it tells you the TPP and China that she has no legacy as secretary of state. I mean, if that's it, where essentially it was the beginning of a trade treaty where she said it was the gold standard, but it means so little to her that she now says I have no idea what's in it, I don't know how I'm going to end up, it tells you what the four years were spent doing, and it amounts to essentially zero in terms of accomplishments.

BAIER: That is it for the panel. But stay tuned to see how the media is covering spring allergies.