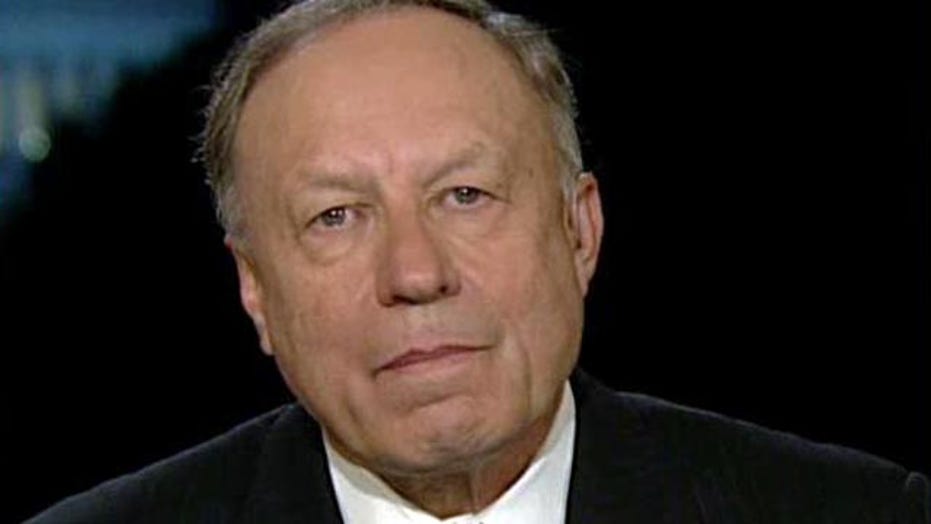 Robert Laszewski on 'trickle of enrollment' in ObamaCare

Administration at odds with the individual insurance market

This is a rush transcript from "The Kelly File," October 31, 2013. This copy may not be in its final form and may be updated.

MEGYN KELLY, HOST: Back now to the big breaking news tonight. The House Oversight Committee releasing documents in just the last hour indicating just six Americans enrolled for ObamaCare on day one. Remember they were telling us over 21 million people visited the site. Six enrolled. The administration says these are not the official numbers. Everyone in the administration has refused to release any numbers so far.

And our next guest says the White House is trying to keep the big insurance companies from speaking to the media.

Robert Laszewski is president of Health Policy and Strategy Associates and industry consultant and a former executive of a health benefits insurer. Now, Bob, welcome to the program. I know, so you have this from the insurance companies perspective and you've been a critic of ObamaCare. I want to get that out right away. But your thoughts now. I mean, tell me why you say that the White House is trying to intimidate these insurance companies.

ROBERT LASZEWSKI, HEALTH POLICY AND STRATEGY ASSOCIATES: Well, I don't know if I would use the word, goes first, say, intimidate, but clearly the White House doesn't want insurance companies talking about what's going on here. And given what was released tonight the news that so very few people are signing up you can see why. If four weeks ago the enrollment numbers were public it would look very bad. I can tell you based upon the information that I continue to get, this trickle of enrollment that you're reporting on for the first three days has really continued for the first month. I want to apologize to the people who read my blog. I estimated that 5,000 contracts enrolled the first week. I was getting data and information that really gave me a hard estimate of around 2,000. I couldn't believe numbers so I doubled it and rounded it up. I mean, this is just incredible. And the trickle continues. This thing has not improved.

KELLY: Because you're speaking to the actual insurance companies so you have another means of information. And are they getting back to you anecdotally? I mean, that's all we have --

KELLY: On what kind of enrollments they're seeing and how did they characterized them?

LASZEWSKI: Yes. A big insurance company that's perhaps going to have to enroll two or 300,000 people before this over to hit the Obama target of seven million, might be getting 10, 15, 20, enrollments a day.

KELLY: What do they say about their communications with the White House? Because the president had a bunch of insurance executives up there and was apparently trying to calm the waters.

LASZEWSKI: Well, they are disappointed, particularly after the president's speech in Boston yesterday where he characterized the individualized insurance market as substandard market run by bad apple insurance companies. You know, he brought everybody in last week, his staff issued a bulletin saying that they were all partners. And today he's calling them bad apple and these are people that are sort of taking it on the chin for him. I mean, these insurance companies are the ones that have to mail out these millions of cancellation letters because the law requires them to do it.

KELLY: Let me ask you about that. Because we've had person after person come on here and say, it was their fault, insurance companies were canceling people long before ObamaCare, and if they canceled them after, they have only themselves to blame and the people have the insurance companies to blame.

LASZEWSKI: That's baloney to put it politely. Do you really think an insurance company would want to cancel 300,000 customers on its own? I mean, that's just makes absolutely no sense. Why would they want to do that?

The Obama administration wrote these regulations so strictly that almost no individual health insurance policy in the market today qualifies. I think it's going probably going to impact about 80, 85 percent of the individual policies ultimately over the next one year renewal cycle.

KELLY: Did the insurance companies -- because apparently, this was an HHS regulation written in the summer of 2010 after the law passed.

KELLY: Did the insurance companies -- who pay attention to the federal register unlike the average American -- go to the administration and say, what Kathleen Sebelius just did is going to basically devastate the individual market.

LASZEWSKI: Yes. When Kathleen Sebelius released, the original draft regulations they were open for comment as all regulations are doing during the comment period. And the industry filed many comments indicating that this was going to be very disruptive.

Again, why would an insurance company want to cancel hundreds of thousands of their customers --

KELLY: They say in some cases they are canceling the people who were expensive, the pre-existing condition people.

LASZEWSKI: No. This has all got to do with the ObamaCare regulations that are very specific that indicate that if you make even a minor change. You know what happens in the individual health insurance market every year is people get rate increases and the insurance company will always offer that person the opportunity to increase their deductible to mitigate the rate increase. So, this is a marketplace where the average deductible changes significantly. I took a look at two insurance industries studies over a three year period recently where the single deductible just naturally grew by about 40 percent and the family deductible grew by 100 percent. But under the Sebelius regulations you're deductible could never grow by more than about 25 percent. Anybody who increased their deductible from $1,000 to $1,500 lost their grandfather, which is a normal increase.

KELLY: You're out. You're under ObamaCare and now the policy is going away because it's no longer grandfathered.

Bob, thank you. We'll have you back. Interesting information.