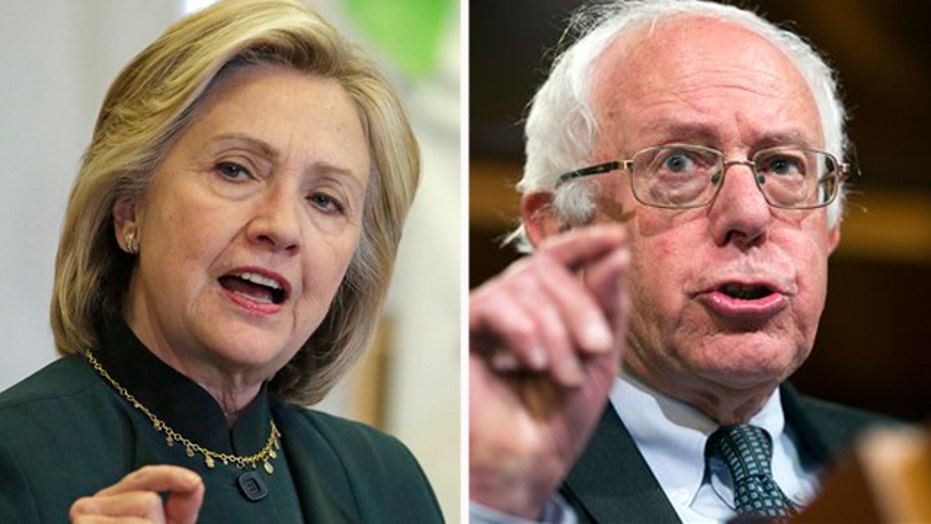 Ben Stein: Envy will always be alive and well. Envy is a basic part of human nature. Its very sad to me that the Democratic Party has to rely on envy still after all these years. Compulsory equality does not work

Adam Lashinsky: I think speculation is a dumb idea, the banking regulation we have done is a good idea. I think regulated banks are a good idea.

Dagen McDowell: The outrage here is the hypocrisy. Bernie Sanders walks the walk, Hillary is a hypocrite. She helped make the rich, rich, and the poor, poor.

Charles Payne: The people who should be outraged is the middle class. First and foremost, this kind of talk perpetuates the victimization things. The federal government pulled in a record amount of money and has not alleviated the pain of anyone watching this show. It makes it worse, not better.

Dagen McDowell: It comes down to one of two solutions if you want to close the income gap. If you are a Democrat, you bring the top down. Which is not working. Or you try to grow the economy and create jobs. That is the American dream.

Charles Payne: How many Americans would laugh that someone would be crying at how tough it is to get by with $174,00 a year?

Dagen McDowell: This is the circle of idiocy that is Washington. You make government bigger, you bring people into the dc metro area. Housing prices go through the roof. And then they want government to get bigger because they need a raise.

Charlie Gasparino: We shouldn’t give them raises. If they want to be public servants we should give them basic room and board.

Ben Stein: I think these guys work incredibly hard. They work seven days a week and make as much as a starting law student. They are incredibly underpaid. They work very hard and their work is incredibly important. I think they deserve a lot more. This isn’t a joke.

Adam Lashinsky: This is a small group of people who are helping run this country. I would pay them a lot more, comparable to what they would make in the private sector. Then I would do really Draconian rules for them to make money elsewhere.

Charlie Gasparino: You have to have some common sense and decency. I don’t think people calling up at midnight is warranted but that’s the way the new economy works.

Dagen McDowell: If you are answering emails and phone call for 20 minutes outside of work, that is one thing, but  in a lot of cases this is overtime.

Ben Stein: If you are paid hourly you should get paid more if they call you up after hours but if you are salaried, of course you shouldn’t get paid more. Its that simple.

Adam Lashinky: I agree with ben. For salaried workers its bad manners for employers to do that to them.