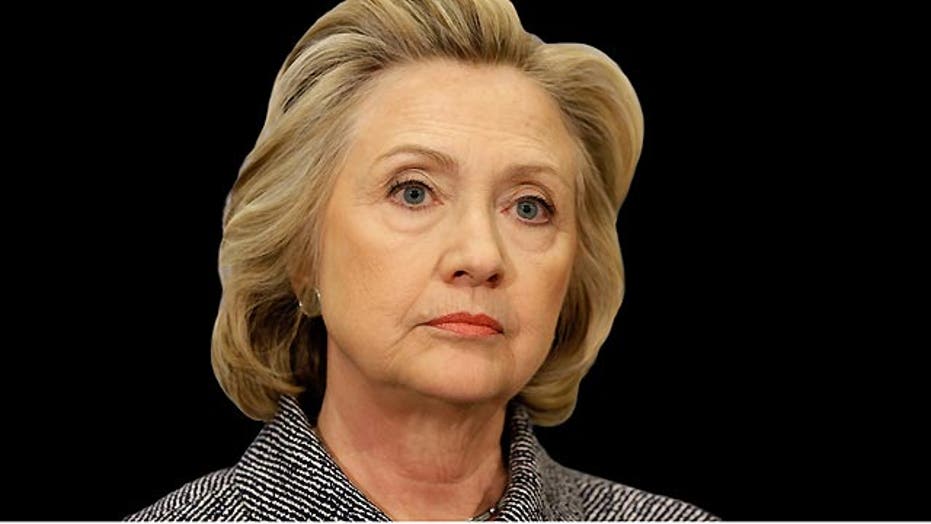 This is a rush transcript from "Special Report," April 23, 2015. This copy may not be in its final form and may be updated.

UNIDENTIFIED MALE: Are you fully satisfied with the disclosure from the foundation?

JOSH EARNEST, WHITE HOUSE PRESS SECRETARY: I haven't been presented with any evidence to indicate that somehow there has been insufficient information provided to the administration.

CHELSEA CLINTON, CLINTON FOUNDATION VICE CHAIR: What the Clinton Foundation had said is that we will be even more transparent -- even though Transparency International and others have said we're among the most transparent foundations.

We won't take new government funding, but that the work will continue as it is. I think that's the right choice for the people who are being affected by that work.

BRET BAIER, ANCHOR: Chelsea Clinton speaking today, about the Clinton Foundation going forward, this as new allegations about really tens of millions of dollars in funding for the Clinton Foundation coming from foreign governments while Mrs. Clinton is secretary of state and also big ticket speeches to former President Clinton.

The New York Times had a 4,000-word piece done by Pulitzer Prize winning reporter, Joe Becker, she spent months investigating this deal before this latest book "Clinton Cash" and it lays an interesting story that we talked about in this piece about uranium and a company in Kazakhstan.

This, as we find out new information tonight, Reuters, quote, "Hillary Clinton's family charities are re-filing at least five annual tax returns after a Reuters review found errors in how they reported donations from governments and said they may audit other Clinton Foundation returns in case of other errors.

The charity's errors generally take the form of underreporting or over- reporting by millions of dollars, donations from foreign governments, or in other instances omitting to break out government donations entirely when reporting revenue. The charities confirmed to Reuters."

This comes as we have a special tomorrow night 10:00 p.m. Eastern Time and you see the latest Fox News poll on whether Hillary Clinton is honest or trustworthy.

OK, there is a lot to unwind here. We do it in an hour where we go through all of these different cases. This one case deals with uranium in Kazakhstan. Judge, when you look at the face of this and you see what we've reported and others have, what do you think?

JUDGE ANDREW NAPOLITANO, FOX NEWS SENIOR JUDICIAL ANALYST: I think that the President of the United States, start with him before we get to Mrs. Clinton, permitting the uranium in the United states to be under the control of Vladimir Putin, his arch nemesis and no longer a friendly country to the United States, Russia, is incompetence of the highest order.

If the foreign policy, the public policy of the United States of America was influenced by donations to the Clinton Foundation or fees paid to Bill Clinton, which under New York State law were Mrs. Clinton and Bill make their marital home are hers as well as his, the FBI must commence an investigation as to whether or not there was active or passive known or unknown bribery in this case.

BAIER: If there was, for example, a civil action that involved the Clintons, the stipulation -- the bar is pretty low.

NAPOLITANO: Yes. Yes. There's a federal statue called RICO, Racketeer Influenced Corrupt Organizations Act, which would permit someone who was burned by this, who felt I was intimidated to paying Bill Clinton more than he was owed or I made this contribution to the foundation expecting this promise and I didn't get it.

BAIER: The Clintons obviously are pointing out that the foundation does great work around the world. They say there is not one shred of evidence that ties them to any bribery or pay for play.

CHARLES LANE, WASHINGTON POST: Wow. I'd be surprised if we ever do find a flat quid pro quo where somebody said, I will give you money, you, Bill Clinton, I will give you this speaking engagement if in return for that I get X. I would be very surprised if in this whole flow of cash there's something that explicit.

BAIER: Do you think there has been an e-mail?

LANE: Actually, no. I think nobody would be dumb enough to reduce something like that to writing. My point is, however, that isn't the way these things work. This is just the kind of sloshing around and influence and cash that is now standard procedure, unfortunately, in Washington.

To me, the outstanding fact in this is the following. This is what's really unprecedented. We have a former President of the United States, who for the last decade plus was essentially a lavishly compensated part-time employee of Wall Street, big industrial companies and foreign governments, OK, who is now in a sense coming back to the White House in whatever capacity or wants to come back to the White House.

We've had ex-presidents, who have gotten rich off speaking engagements, although probably not to this degree before. We've never had a situation in which one could return, this effect, to a position of power in the White House.

And, I think, out of this whole mass of information that to me is the unprecedented and most troubling part of it, and the part I want to hear Hillary Clinton address very directly.

BAIER: Yeah, 11 of the 13 Bill Clinton speeches that were $500,000 or more occurred when Hillary Clinton was secretary of state. This is from the time he left office until 2012. We don't have any other reporting after 2012 because they didn't have to report it.

We should point out on this Kazakhstan piece that those donations from the company that was created from this deal in Kazakhstan on uranium mining, those donations were not reported. The only reason they came to light is because there were Canadian tax records that were unearthed.

CHARLES KRAUTHAMMER, SYNDICATED COLUMNIST: It's hard to know where to start with this. They go unreported and then you hear the principal who donates its money saying that he really was interested in the charitable objectives of the Clinton Foundation.

When it is obvious to anybody who is over 9 years old that you take the President of the United States, ex-president, on a plane, you go to Kazakhstan, he praises one of the more infamous dictators in the region at a time when he needs that kind of validation.

A few days later, this small company, which is sort of unknown, a Shell company, gets a human concession and then there is a donation and then there's a speech that he can pocket. Whereas the donations, you know, what did you report the other day, something like $70 million the foundation has spent on transportation.

I mean, what does it take -- I mean, that's really flying pretty high. So, in a sense it's a piggy bank for the Clintons under the guise of a charity. But, what strikes me about all this is the unbelievable arrogance of the Clintons who do this in the full expectations they're going to get away with it.

They burn the tapes, they eliminate the e-mails. Yes, you might not have had a direct quid pro quo in the e-mails, but there might have been hints of things going on that would support other evidence and now it has disappeared, it's gone.

And you do all this knowing you're walking the line. You know, you may not be able to prove an actual quid pro quo, which is what you would need for a criminal prosecution, but you come really close to that line.

BAIER: Which is what some organizations are already saying about this that it won't have an impact. I do want to read this really quickly from the New York magazine, quote, "The Clinton campaign is batting down the darkest and most conspiratorial interpretation of these stories and where this all leads remains to be seen, but the most positive interpretation is not exactly good.

To run a private operation where Bill Clinton will deliver a speech for a huge fee and a charity that raises money from some of the same clients has a difficult situation to navigate, to overlay that situation on to Hillary's ongoing and likely future government service makes it all much harder and yet the Clintons pay little to no attention to this problem."

NAPOLITANO: Well, I mentioned bribery earlier because the Justice Department just indicted New Jersey Senator Bob Menendez for bribery, for behavior far less harmful to the country on evidence far less than what we now know about Mrs. Clinton.

LANE: Look, I want to say a word about the politics. There's a quote in Politico today from a Clinton fundraiser called Peter Buttenwieser and listen to what he says about this whole complex of issues.

Quote, "It's a legitimate concern and I think Secretary Clinton needs to be able to explain this in a straightforward constructive thoughtful way."

In other words, one of their own supporters is saying, she has to get out in front of this. She has to say something about this. The keyword there is legitimate concern.

It's not that there is not a good explanation for this, but that people are right to be asking this question and that she herself, not Chelsea, needs to get out there and talk about it.

BAIER: We'll have more tomorrow on "Special Report" and, of course, the special is at 10:00 p.m. Eastern Time tomorrow night.