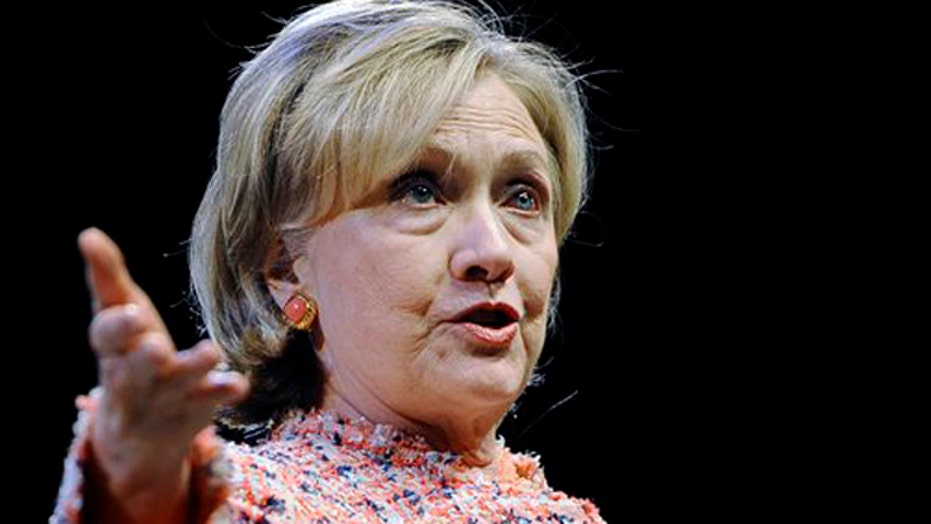 Alana Goodman reacts to the response

This is a rush transcript from "Hannity," July 7, 2014. This copy may not be in its final form and may be updated.

SEAN HANNITY, HOST: This is a Fox News alert. In an interview with a British parenting website called Mum's Net, Hillary Clinton responded to the critical 1975 legal defense that she provided a man accused of brutally raping a 12-year-old girl. Take a look at this tape.

HILLARY CLINTON, FORMER U.S. SECRETARY OF STATE: I was appointed by the local judge to represent a criminal defendant accused of rape. I asked to be relieved of that responsibility, but I was not, and I had a professional duty to represent my client to the best of my ability, which I did. He later pled guilty to a lesser included offense.

When you're a lawyer you often don't have the choice as to who you will represent, and by the very nature of criminal law there will be those who you represent that you don't approve of. But, at least in our system, you have an obligation, and once I was appointed I fulfilled that obligation.

HANNITY: A very different tone from the original tape. This unapologetic response comes several weeks after the Washington Free Beacon unearthed those now infamous audio recordings that show Clinton laughing about how she cleverly got this child rapist and a client of her out of jail with time served, which was two months.

Here with reaction, the very woman who uncovered those shocking Clinton recordings, which in fact -- she works for the Washington Free Beacon. Alana Goodman is with us. Alana, thank you so much.

First of all, I see inconsistencies here. "I was appointed." On the tape she was bragging how she was doing a favor. So that means she could have gotten out of it. She seems to be contradicting her own words, no?

ALANA GOODMAN, WASHINGTON FREE BEACON: Yes, that is an interesting point. So she says on the most recent interview not only she was appointed but also that she asked the judge if he could take her off the case because she didn't want to actually follow through on it, and the judge rejected this request. That's the first time that she's spoken about that, and every other account that she hasn't mentioned that at all. That's pretty interesting.

HANNITY: That's interesting. And then also she defended the guy and she thought he was guilty when she said, yes, he took a polygraph and passed, which destroyed my faith in polygraphs. So now she takes a very different tone here, and I think when you compare and contrast, she was joking and jocular and kind of bragging about what she was able to do as a lawyer, right?

GOODMAN: Sure. Another thing about tone also that's interesting, I was surprised by how kind of detached her argument is in this interview.  She kind of makes this dry legal case for why she defended this accused rapist. She said she had an obligation as an attorney. She fulfilled that obligation. She didn't make much of an emotional appeal, and a lot of criticism of her after the Roy Reed case was that she came off as very callous and kind of cold on it. She was laughing while describing how she was able to successfully plead down her client. And so --

HANNITY: So wait a minute. So she's saying she had to do it when in fact on that tape she said she didn't have to do it. She did it as a favor. And then she's speaking, kind of bragging about how she got this guy off with time served. This is a guy that raped a child that was, what, 12-year-old at the time, a 12-year-old girl?

HANNITY: And she's supposed to stand up for women's rights? I'm sorry --

HANNITY: When you compare and contrast I found it a shocking difference.

GOODMAN: Sure. And also that also speaks to an authenticity problem.  I mean, she's been portrayed as this advocate for women and girls for years, and then the Roy Reed tape undercuts it a bit.

HANNITY: All right, Alana, thank you. Great reporting, appreciate it.