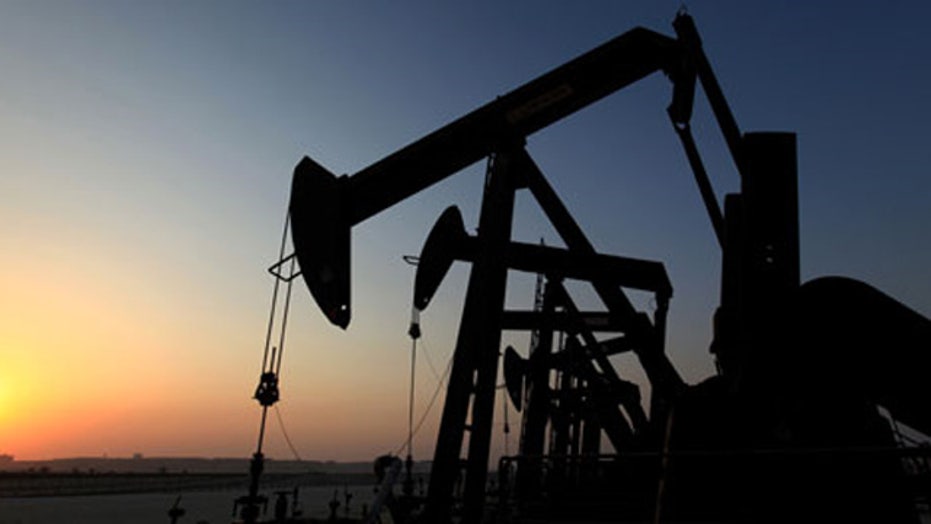 Chaos in Iraq fuels debate over US energy independence

Time to drill, frack and build the Keystone pipeline?

MICHELLE FIELDS: This is pique demand period for gas. Americans are going on vacation, they're going on road trips-they're going to have to spend a ton of money. First and foremost, we need to approve the Keystone Pipeline. We need to allow energy development on federal lands, because right now it's just happening on state and private. We need to speed up our natural oil and gas exports because if we reduce other countries' dependence on bas countries like Russia, and the Middle East region we can reduce their influence, we can reduce their wealth.

JONATHAN HOENIG: Our policy should be, when it comes to energy, laissez-faire-hands off. We should be de-regulating more than anything. There's ten federal regulators when it comes to energy. There's even more on a state level. Of course it's government and the green philosophy behind it that you alluded to that has made oil and energy production so difficult in this country. I think this whole notion of "well drill here and explore here and forget the Middle East", I think unfortunately that confirms the criticism of the neo-cons: that our war was only about oil. It wasn't. It was about the 70+ terrorist attacks against this country from Islamic Jihadist movements since the 1907s, and avoiding Middle East oil isn't going to change that.

JESSICA EHRLICH: We're already 60 percent off of dealing with our oil coming from the Middle East. What happens is you're looking at overall global prices, and global increases, and a global economic hit that's happening because we are in a global economy. So when the price of oil is going up because of what's happening in Iraq, it actually is effecting the entire economic recovery that we're in, and we're going to feel that pinch regardless, because oil and gas companies are international. What we need to be focusing on is continuing to have a long-term solution instead of short-term fixes so that we're focusing on research and development, and ways to increase an alternative-energy future, so that we're looking to things like solar, where we've got more of these electric cars, where we've got wind energy.

WAYNE ROGERS: We're pretty much independent of Middle-Eastern oil. I think that approving the Keystone Pipeline does something else for us, too. it helps our job situation. It creates an enormous number of jobs. Secondly, it reduces not only our dependence on oil, but it provides us an ongoing source of oil from Canada that's in the western hemisphere. There are a lot of things that are good about that. Why it's not being done is beyond me.

JONATHAN HOENIG: The price is inflation. All this intervention, all the "cash for clunkers" and "help for homeowners" and intervention form the fed, all the stimulus that was supposed to help the economy-that is causing inflation. What's inflation? It's an undue expansion of the money supply. Money is paper, not wealth, and the more of it you print, the higher price go. It's not the Koch brothers that are doing this, it's not greedy businessmen. Only government can do this. That's one reason why I've been talking about some of these base metals and commodity plays over the last couple of months. Prices have gone up.

MICHELLE FIELDS: If you look at the number of long-term unemployed in America it's 3.4M. That's 35 percent of all unemployed people. This is the result of the Federal Reserve and the federal government thinking that they can intervene in the market when they can't. They don't believe in Adam Smith's invisible hand, that's why everything keeps increasing: food, rent. The only thing not increasing is Americans' paychecks.

JESSICA EHRLICH: We're also seeing the effects of this long-term policy that we've had since the market crashed, going back to the Bush administration and the federal policy. People are getting squeezed. As we just talked about, gas is going up, milk, bread, every possible thing you can imagine in people's lives, and yet wages have stagnated. We haven't yet passed a minimum wage increase so people are suffering. There is a growing disparity between the top 1 percent and the rest.

WAYNE ROGERS: It's interfering in the free market system. We know that the free market works; we've known that for many years. Every time the government sticks its nose in it, it upsets the free market system and throws is out of balance. Here we have a Federal Reserve that is manufacturing paper all the time, printing money as it were, by selling bonds which the Federal Reserve buys the bonds that the Treasury issues. That's the same thing as printing money. The public doesn't understand, but that's just like turning on a printing press. Therefore, you've got a huge money supply chasing fewer goods, as a consequence then you're going to have inflation.

WAYNE ROGERS: Hillary is a sweet lady but not fit to lead. She can't answer the basic questions. Why was Chris Stevens there in the first place? No answer. Why was our flag the last one flying? Why did we not have security at those places? Why were the assets not deployed? And why was Susan Rice sent out at the last minute with a knowing lie to propagate that lie on the American people? Outrageous!

JESSICA EHRLICH: Hillary is absolutely fit to lead. I am the only one on the panel who believe this, and we can argue it. She's more than qualified, she has the leadership capabilities. It's a matter of us disagreeing on basic policies here.

JONATHAN HOENIG: The President is the Commander in Chief. He or she is not the insurance czar, or the wage authority, or a healthcare company. He or she alone commands the armed forces. They're the force. They're supposed to enforce the law and protect us. I think if Secretary of State Clinton was lost in a "fog of war" in a situation room, I would be very concerned about how she would act in a real war that is a war against Jihad.

JONATHAN HOENIG: PROTECT YOUR PROFITS FROM INFLATION WITH (DFVS)