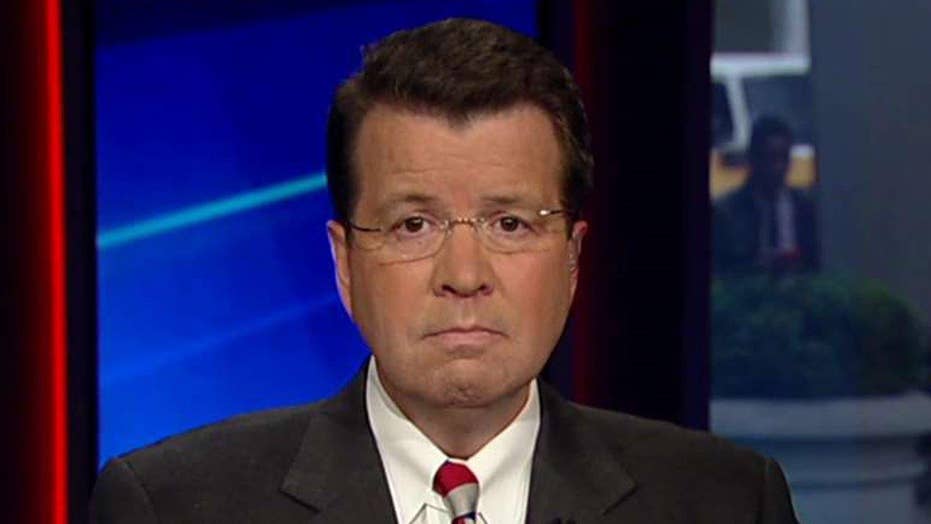 Cavuto: What a difference a week makes

A week ago today, she had Lady Gaga and experts said he'd be lucky to have any lady voters, at all.

A week ago today they were debating the size of her win and whether he'd accept the loss.

A week ago today newspapers and magazines were fine-tuning their "Madame President" covers as they were planning their Donald Trump obituaries.

A week ago today the Grand Old Party was a grand old lost cause and the Democratic Party was in the midst of a generational lock.

A week ago today pundits were writing about the last angry musings of a populist candidate desperately trying to rally his base, unaware what he was rallying went way beyond his base.

A week ago today few pundits saw the shifting sands beneath them, until that shift hit the fan and there was barely a dropped jaw among them.

A week ago today no sign they would be humbled, far more attention on this guy Trump and how he continued to bumble.

It's amazing how much things can change in a week. It's weak the excuses experts have come up with for missing that change since.

A week ago today no signs of the big pivot to come, but here we are now and the great pivot is on. Not from a media that should be focusing on how it screwed up, but on the man they dismissed and how he inevitably will screw up.

So they're back to bashing him over staffing choices they never thought he'd be making and we're supposed to forget a week ago today, what these same experts were saying.

A week ago today they were busy fooling us with data they said was indisputable and now we're supposed to forget blatant biases that were and are reprehensible.

A week ago today they could almost get away with it because it looked like they were right, not so much now because they got it so wrong.

A week ago today they could fool us and make us think Jay Z and Beyonce and Lady Gaga would wow us, until the music stopped and their excuses started.

It would take one more day for it all to come crumbling down. But a week ago today, one last day before the whole gig was up.