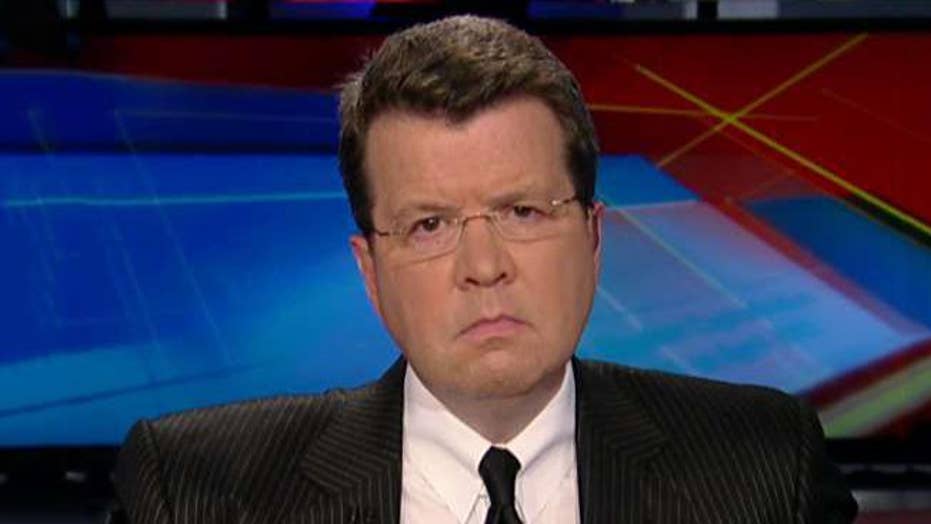 Cavuto: Stop throwing mud if you want to drain the swamp

This is a rush transcript from "Your World," July 16, 2018. This copy may not be in its final form and may be updated.

He calls the European Union a foe.

And Vladimir Putin a friend.

Because the president of Russia says he didn't interfere in that election.

Says U.S.-Russian relations are the worst they've ever been.

Just like we're the reason the Chinese are cleaning up on trade.

It's not that they cheat.

It's because for years, we let them cheat.

We let them invade the Ukraine.

Or that China seized on Americans’ appetite for cheap goods.

We let them seize on Americans’ appetite for cheap goods.

So don't blame any of their leaders.

Just not this leader.

To hear this president tell it, it's not his fault the world is a mess.

He's just the guy cleaning up the mess.

But wait a minute, is it really a mess?

Because you'd almost think he took office in the middle of a worldwide depression. But he didn't.

Or that he never came into a nearly eight-year-long bull market.

Or that we were hemorrhaging hundreds of thousands of jobs a month like his predecessor was when he came into office, but we weren't.

Just like you'd think we were on the brink of nuclear war.

Mister President, none of that's real. All of that's fake.

You made history. But that doesn't give you the right to change history.

I know they say you have to keep your friends close and your enemies closer.

But that doesn't mean criticize your friends and give your enemies cover.

Nor does it mean demeaning your office by taking cheap shots at predecessors who held that office.

It's not about decorum.

It's not about endearing yourself to America’s institutions.

Just not at the expense of praising Russia’s institutions.

Mister President, that doesn't mean you need to constantly praise us.

But on foreign soil, at least, might you consider praising our enemies less?

Last time I checked, we didn't invade the Ukraine.

We're not working with a butcher in Syria who uses chemical weapons on his own people.

That doesn't mean you shouldn't talk to Vladimir Putin, just be very careful with him.

Perhaps you were behind closed doors.

Let's just say you didn't sound that way once they were open.

What worries me about you, Mister Pesident, is you seem to say only good things about your enemies, our enemies.

That doesn't mean you don't have every right to expect friends to pay their bills.

Just not at the expense of praising the thug whose actions are the reason we have those bills.

They make your friends pace, and your enemies plot.

Tax cuts that while not perfect, are helping.

And markets, that while slowing, are still thriving.

That's to your credit.

You say you want to drain the swamp.

Then may I suggest you stop throwing the mud.

Or at least save it for leaders who are dirty.

And not those who simply deserve better for having the temerity of pointing it out.