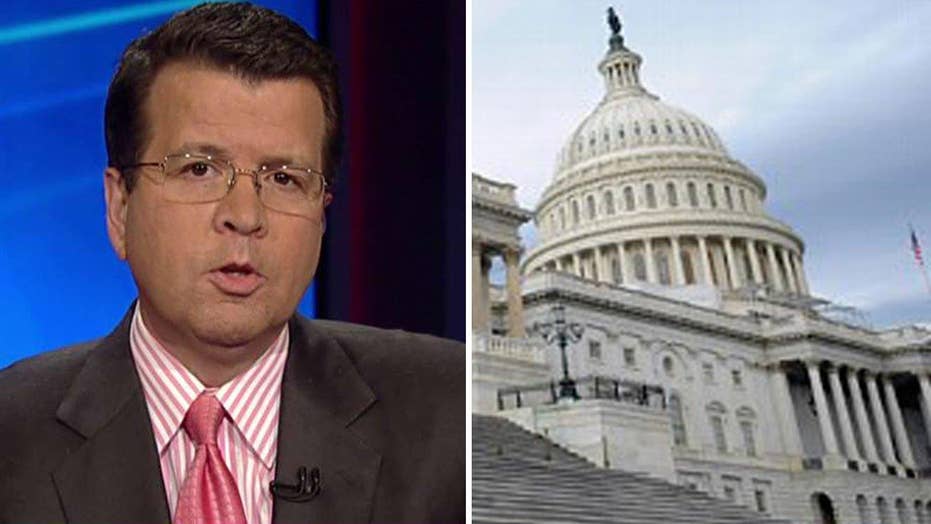 Cavuto: Big Government leaves little room for anything else

JFK understood that; do Sanders and Clinton?

So the other day I bump into an old colleague from a prior job. We quickly catch up on work, kids, but when I ask about her husband, with whom I had also worked, she tersely tells me, "Oh, we broke up years ago."

I think I clumsily blurted out something like, "Oh, I'm sorry to hear that." To which she replied, "Don't be. We're both the better for it. Fact is, he was just wearing me out, Neil."

I guess the guy was verbally abusive. I don't know. All I do know is they're kaput -- finished, done, moved on.

Which brings me to this Tyco-Johnson Controls merger. Bear with me, i have a point.

Because Johnson Controls is kind of like my female friend: The company, like her, has had it.

Not with Tyco, the company with whom it's merging. But with us: America. The country it is leaving -- or at least leaving its headquarters.

That's because even though Johnson Controls is the one buying Tyco here, the renamed company will call Tyco's Irish home, the combined company's home.

Why? Because Johnson Controls' effective tax rate there will about 18 percent, vs. the 29 percent the company is paying now. That's why.

I know what you're thinking: how unpatriotic.

As if saving 150 million bucks in taxes is unpatriotic. Or assuring jobs for workers, yes American workers, with that savings, is unpatriotic. But try telling that to Bernie Sanders or Hillary Clinton, who have an aversion to such inversions.

You know, there is a way to make this inversion nonsense go away. Take away the reason why companies are going away: our higher taxes. Level the playing field and I suspect most companies wouldn't even think of playing on another field.

It's about green. And saving green. Saving money. And for a lot of these guys, saving their company.

There's nothing patriotic about paying through the nose for the privilege of calling America home.

There's nothing patriotic about losing money hand over fist because our IRS rules with an iron fist.

There's nothing patriotic about staying here and being forced out of business here, or laying off workers here, or being regulated to hell here.

No one sings "Yankee Doodle Dandy" while Washington doodles with all your dandy profits. It's hard to keep capitalism alive if you're seeing your capital taxed to death. No one waves a flag overhead when Washington spends more time waving regulations over your head.

If you want people to stay loyal to a country, prove you can be a country that now and then stays loyal to its people and the people who employ its people.

Patriotism works both ways. There's no virtue staying here only to go out of business here, especially if you're a business and all you get is dumped on here.

Capital will always seek out the path of least resistance, least regulation and least taxes. Take it from a Democrat named John Kennedy, who warned back in January 1963 that a government that gets too big leaves little room for anyone else to thrive. "Our tax system still siphons out of the private economy too large a share of personal and business purchasing power," Kennedy said "and reduces the incentive for risk, investment and effort, thereby aborting our recoveries and stifling our national growth rate."

That Democrat got it then. It's a wonder what has happened to some Democrats now.

This isn't about inversions. This is about a reversion to the mean. Very mean. And very stupid.