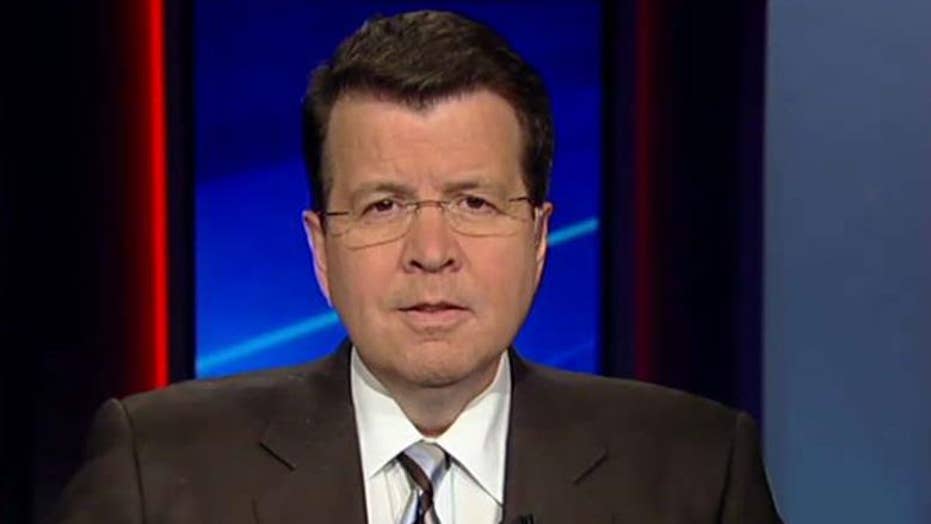 Cavuto: A New Year's resolution for all of us

In 2017, remember to show some healthy skepticism

I have a resolution to make and no, it's not about eating healthy. Been there, had my chest ripped open on that. I got that.

No, my resolution is for all of us. Not to eat healthy, but to show some healthy skepticism. Not about what we eat, but about what we hear and are told to believe because everyone else believes it.

Like when the consensus was Donald Trump could never win the presidency. And he did. Or the markets would tank if he did. And they didn't.

Beware those who push these views and question you for dare challenging these views. Remember the ones who said Trump supporters would go nuts if he lost, but said nothing about themselves if he won. Remember how wrong they were and how foolish we were for questioning them.

Remember them. All of them. And all they said. And the unassailable data they had to support what they said. Remember how they picked and chose that data.

Remember how they virtually ignored Russian hacking before the election, but said it cost their candidate after the election.

Remember how they quoted a CIA report on the matter and swore by it, even though they were the same folks who ripped another CIA report on weapons of mass destruction and swore at it.

Remember how they made you feel like an idiot if you questioned whether man was making the Earth warmer, even though not more than four decades ago they were pushing an Earth growing starkly colder.

Remember how the consensus said ISIS isn't a threat, until it was. How it was just the J.V. team, until it apparently made varsity.

Remember how the consensus said America would tumble into a deep depression after 9/11 and it didn't. Or that housing would never recover after the financial meltdown, yet somehow it did.

Remember the 9 in 10 doctors who didn't much worry about smoking in the 1950s, until facts changed.

Remember those who said health care for all was worth it, even if you had to pay through the nose to get it.

Remember those who said nothing about other presidents' Cabinet picks, but can't restrain themselves ripping this president-elect's Cabinet picks.

Remember how Barack Obama had a team of rivals and Donald Trump a team of moguls.

You see what following the consensus gets you? Not much.

Through the ages, remember these so-called sages. Remember when they said the world was flat and ask yourself, how many times can you be flat-out wrong?