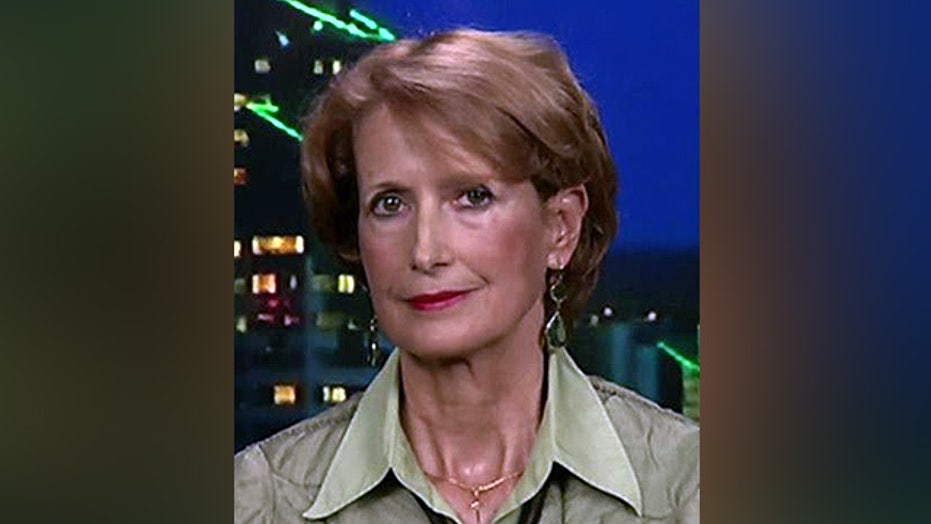 Edie Sundby fires back at ObamaCare after losing health plan

This is a rush transcript from "The Kelly File," November 6, 2013. This copy may not be in its final form and may be updated.

MEGYN KELLY, HOST: On "The Kelly File" tonight, a health care story getting international attention now. Edie Sundby is a wife, mother and a stage four cancer survivor and she is about to lose her health care plan like the millions we reported on at the top of the hour. When the 62-year-old wrote about her struggle in the Wall Street Journal, the White House directly challenged her account. No empathy was offered and said, a challenge was offered suggesting Edie was incorrect about the, quote, "Real reason she lost her coverage," directing people to a left-leaning blog that suggested Edie was losing her plan because of her insurance company's greed, not ObamaCare.

Joining me tonight, Edie Sundby. Edie, thank you so much for being here. And I know to your credit, you never wanted to make this a political issue. You say you are a registered independent, you have voted for as many Democrats as you have Republicans. But the response from Dan Pfeiffer who responded on a White House Twitter account to your personal tale of what's happened to you did not make you happy. Tell us.

EDIE SUNDBY, STAGE FOUR CANCER SURVIVOR: Well, I'm very, very grateful to be alive. And I know how lucky and blessed I am to be alive. And the two things I think that are of utmost important, the reason I'm alive today, is because of my medical insurance and because of my doctors. And I find myself in a very uncomfortable and very stressful situation that's a bit overwhelming. Because my insurance company has pulled out -- completely pulled out of the individual market in California.

SUNDBY: And that's United Health Care. The largest insurer in the country. They have pulled out completely from the individual market in California. So, they're gone. And of course my policy is gone. I have a termination note or a cancellation letter just like the other 10 to 15 million Americans out there that are receiving these cancellation letters. So I don't have my insurance company that I love. I don't have the medical policy, the health policy that I love and trust. And now if I go in a health exchange, I have to choose between my doctors.

KELLY: Right. You have to choose between your primary care doctors or your cancer doctors. And that's not a choice you want to make. What of it because the administration has told us in the wake of the news that, you know, over 10 million Americans are likely to lose their insurance, these are lousy plans. These were substandard plans that needed to go. And they are doing people a favor basically by forcing you off of them.

SUNDBY: That's absurd. And frankly it's condescending because it's not true. And, you know, I feel like I'm a loser in this because I have lost my medical insurance and potentially could lose my doctors. That really I think the biggest loser here is trust and respect for government. Trust and respect for our leaders. I hate to say that. I really hate to say that. My plan and I can only speak for my plan and my story, but my plan was fabulous. I took out this plan that's a catastrophic PPO plan with United Health Care called Pacific Care because it's a California market.

And since 2005, it has been fantastic, giving me total freedom to choose. I have been with this plan, I have been to Sloan Kettering in New York, I've been to MD Anderson in Houston. Because I have a very rare and very aggressive cancer, gallbladder cancer. And it's very late stage. And so, it has come back just in the last two years it came back viciously in my liver and in my lung again. And so I have had to fight. And that's how cancer is. You can fight, fight and think that you're winning but it's very, very sneaky.

KELLY: And the ongoing relationship with your doctors is so critical. I mean, I know that United pulled out of the market for various reasons, but its CEO was explicit about the fact that ObamaCare tipped the scales. The White House has rejected that. I have to run Edie. But I will give you the quick last word on Dan Pfeiffer's tweet challenging your account.

SUNDBY: Well, you know, I just didn't understand that why they felt that was necessary. Because, you know, let's fix this. Let's figure out. It's so complex. It's unbelievably complex and confusing.

KELLY: Edie, I have to run because I'm up against a hard break. So, my apologies for cutting you off.

KELLY: But listen, all the best to you. We're praying for you and wishing the best for you.