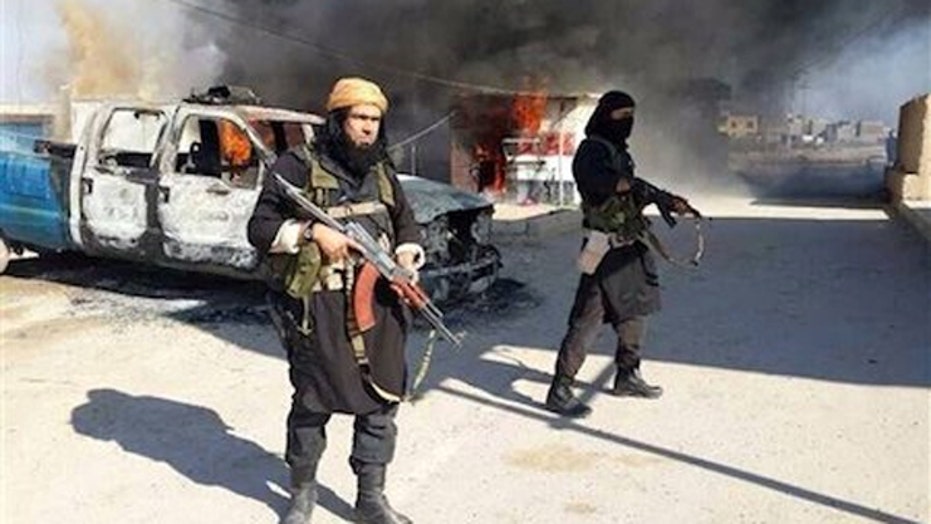 Can freedom win over fear?

Authorities on alert for ISIS-inspired attacks this weekend

AUTHORITIES ON ALERT FOR ISIS-INSPIRED ATTACKS THIS WEEKEND

Michelle Fields: The administration is saying that they’re weak and we’re in a good place, but if that’s the case, how did ISIS have three successful attacks in one day while we’re here worried about our safety? It’s about time we go on the offensive when it comes to ISIS.

Jessica Tarlov: I was thinking about the fireworks this year, I live on the west side of the city and the fireworks are on the East River, I can’t say I wasn’t relieved when I found out they were on the other side. But to Michelle’s point I wanted to add that in the last two weeks the FBI has arrested seven ISIS sympathizers alone, so they are working towards this goal but there’s no doubt that we need to do better.

Jonathan Hoenig: It’s this idea of “Fortress America,” and since 9/11, we’ve spent 7 trillion dollars on Homeland Security and defense, and militant Islam is stronger now. It’s better funded, better organized, these attacks are being even more brazen here at home. So, the fact that we feel less safe, than more safe is an indication of how ineffective not only Obama, but Bush’s policies have been.

Wayne Rogers: No I don’t think so Eric. As Roosevelt once said, the only thing we need to fear is fear itself. If we have a climate of fear in this country, I don’t think that it’s fair all the time. We are frightened of things right near us, as we should be. But look at the damage of anything since 9/11 and the damage has been very small.

Jonathan Hoenig: Well I wouldn’t even want to be associated with Donald Trump? I mean he’s not just a fool but he’s a fraud. I mean he puts himself out there like some business man, but meanwhile he loves free trade but it has to be negotiated, he’s for tariffs, he’s for the intervention in the economy. In fact, which has been for this huge wealth tax that helped save social security? Negotiate with Mexico? He can’t even negotiate with Macy’s.

Wayne Rogers: Yea but NBC’s running the show, it’s their show they can do whatever they want. Hey we work for FOX, I assume that if FOX doesn’t like us, they could fire us too. It’s their business, that’s what the free market is about.

Jessica Tarlov: I think a lot of this has to do with name ID, which I talked about last week. Going back to Michelle’s point with Al Sharpton, that’s the difference between news and entertainment. Al Sharpton says those things; they knew what the product was. They didn’t hire or support Trump’s show because they thought Trump would say nasty things about Mexicans. A personality not involved in the political scene when they first got involved.

Michelle Fields: Yes I’m in favor of normalizing relations with Cuba but I think we got a bad deal. I think in exchange, we should have demanded that Cuba end human rights violations and allow for political freedom. But in terms of the economy, this is going to be good. The fact that we didn’t have relations with Cuba was really bad, and we lost over a billion dollars a year for our economy.

Wayne Rogers: I think it’s a prissy attitude to have a moral thing about how they’re communist and bad and this and that. Listen, the best thing you can do is put an embassy in a country. It allows you to start a spy system, it allows you to do all the covert things you want to do; this is what it’s all about.

Jessica Tarlov: I am in favor of  it, but it’s not as much about the money options (but I get the opportunities there) but the fact that our policy was a huge failure there but now we have a opportunity to really push civil society on the ground, to promote democracy, better human rights record. I think that we can really make some changes in Cuba by having access.