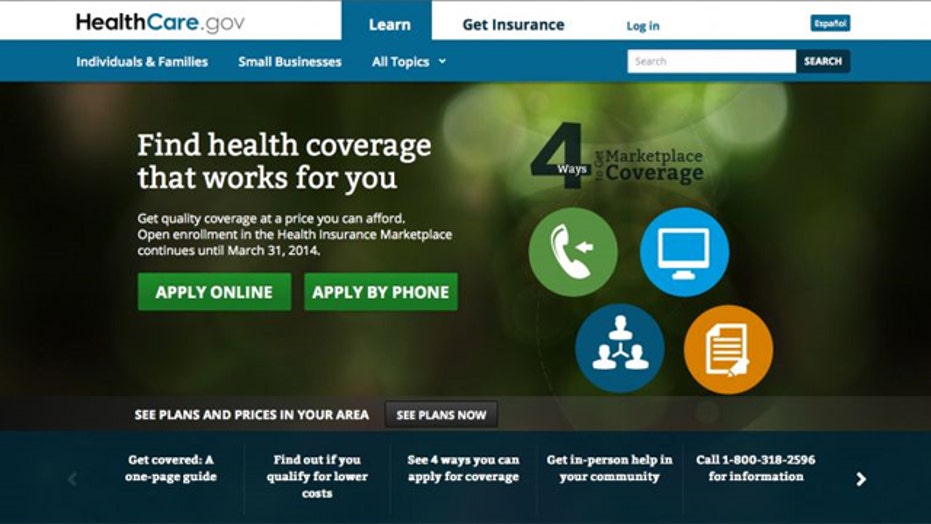 Health care and private sector can work together

IN FOCUS: Are health care problems proof the private market does a better job than the government?

JOHN TAMNY: Capitalism in the profit mode is about turning scarcity into abundance. They are about turning a million dollar computer in the 70s to something that costs a couple of hundred dollars today. Healthcare is expensive and scarce today because the government has naively removed the profit motor from the equation. President Obama wants to make it universal and in trying to do that he will make it hard for the average person to get.

RICK UNGAR: Obviously the internet thing has not gone as planned, but the real question is if real profits can handle the pricing. It's nice, if you need to get an examination or a physical, yeah you can probably pay cash at a lower rate through that internet advertising by the doctor, but that's not where the real costs are in the health care system. The real costs are in expensive treatments like chemotherapy for cancer, heart disease, heart surgery.

ELIZABETH MACDONALD: If the exchanges were always so great why not let them stand against the existing plans in the marketplace? Why do you have to criminalize existing plans? Now we are seeing millions of people losing their employer provided health care plans. The market was showing you how to do health care before ObamaCare, it was providing cheap coverage for many people across the country.

MIKE OZANIAN: My beef with the whole ObamaCare vs. private sector has nothing to do with computer glitches. It has to do with the fact that when you look at procedures that are handled by the private sector because they are not covered by insurance like Lasik, dental implants, the quality of those procedures has improved dramatically over the past two decades and the cost has fallen dramatically because of they are not encumbered by all the anti free market regulations that are in insurance.

RICH KARLGAARD: There are two elements you need for a health care revolution. One, to bring in entrepreneurs to satisfy this ongoing demand for better and cheaper health care, and secondly you need price transparency.

SABRINA SCHAEFFER: The government has been involved increasingly, both republicans and democrats for over 4 decades in the health care system which is why we haven't been able to see some of these market proposals take place. If you move this to the private sector, you will see increase competition, increase choices and decrease of cost. There are some tangible things that can be done like moving to a system where we can encourage savings accounts, where we encourage the deregulation of the insurance market, we encourage health status insurance. We have to get rid of that tax subsidy for employer provided insurance. There are real things that could have been done to move things to the private sector in a productive way.

FLIPSIDE: Should the government be making even bigger cuts to food stamps than $5B?

RICH KARLGAARD: This is tragic; we have 47M Americans on food stamps. I sympathize with the liberals who worry about the cuts because we are going to take 13 percent away from the amount of money people will have for food stamps but the problem is that we have to distinguish from between the truly poor and needy and the people who are gaming the system. You can't tell me people aren't gaming the system when you have a doubling of food stamps since Obama's been president. If you are 25-55 adult who is able bodied, you should not be on food stamps.

RICK UNGAR: We focus on cutting, stop focusing on cutting and focus on fitting. Cutting gets you 900,000 military veterans are going to be in a tougher position now because of the cuts that took place yesterday. Is that what we want to do? Fix it, don't cut it.

MORGAN BRENNAN: We are talking about cuts that are tied to reforms, which is the big point that needs to be made. The food stamp situation is a much larger, longer, trend line than the downturn which is usually the big argument. 47 million Americans are on food stamp, that's 15 million more Americans than during 2009, the height of the recession.

BILL BALDWIN: Do not cut benefits, there are genuinely needy families but require a family of 4 that has 1 able bodied adult to work 28 hours per month, 7 hours a week to earn benefits and enforce it. Find government jobs doing things like cleaning up parks for people who don't have other employment and make them earn their benefit.

MIKE OZANIAN: I don't think the government should be in the food stamp business at all, primarily because it is inefficient. Over 10 cents of every dollar in the food stamp budget goes towards paying bureaucrats, it doesn't work. The cost when you adjust for inflation and population since it was started in the 30s has risen over 600 percent. It's ridiculous. You are better off handing out block grants in local communities or states than you are running through this great bureaucracy called the federal government.

JOHN TAMNY: Don't cut, just abolish it. The founding fathers were very wise people, they were libertarians and understood that the federal government should have few and defined powers. We are talking about gaming the system and lots of fraud in it. That is the result of the federal government trying to fight poverty from Washington D.C. At best, this should be a local thing that governments should fight; they'd do a much better job. I'd say they would do an even better job in the private sector through charities. The problem with the fraud is because the federal government is involved. If you want to get rid of it, abolish the program.

Should we move to a 30-hour work week?

ELIZABETH MACDONALD: It would give more incentives for companies to do more in the way of cutting pay, which would be bad. You have shorter hours but the same amount of labor costs going into the production of goods, inflation meaning higher costs of goods and it could lead to more government meddling, like a government guaranteed minimum income, like they have in Sweden.

MORGAN BRENNAN: You can work harder in a smaller amount of time, the argument that Henry Ford made back when he scaled his factories down to a 5 day workweek in the 1920s. I like this idea and it's worth investigation. You could make the argument that we are moving more toward a 30-hour work week model since the downturn and more towards a part-time economy in that sense. There are direct correlations between better health and shorter work weeks and direct correlations between increase productivity and shorter work weeks.

BILL BALDWIN: No 30-hour mandate, no 40- hour mandate, no mandate for time and a half. A century ago it was probably the case that a cruel employer made people work 60-hour work weeks and the government had to step in and tell them to stop. The problem now is that we work too little, people can't get jobs and they can't get them because the government has regulated the workplace to death.

SABRINA SCHAEFFER: The government should stay out of this but as a theory, it is interesting. People are more productive when they have less time. This could be beneficial to people who are trying to break into the job market or trying to stay in the job market. I sat on the train from New York to D.C. with an investment banker who said he is trying to keep more women in the workplace, but their problem is too long of hours. This could be a good thing for women and young workers.

RICK UNGAR: I get the lifestyle benefits, I really do, I can see how it would be a good thing in people's lives. My concern is that it would come with less money, we are a consumer-based economy, this is something that could be damaging, and would have to happen over a long term period.

INFORMER: Stocks to make up for low cost of living increase