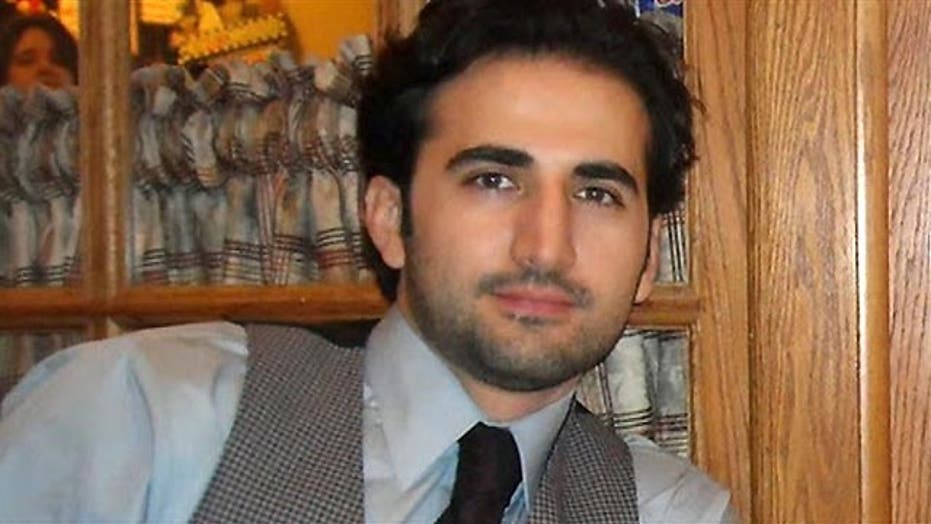 Congressman Dan Kildee offers new bipartisan bill to House in quest to free Amir Hekmati from Iran as Marine's family and Montel Williams go to Washington to plead for his release. #FreeAmirNow

This is a rush transcript from "On the Record," April 30, 2015. This copy may not be in its final form and may be updated.

But first, a new push on Capitol Hill demanding the immediate release of our Marine Amir Hekmati, plus an American Christian pastor, an American journalist and a former FBI agent.

REP. DAN KILDEE, D-MICH.: Good evening. Thank you for having me.

VAN SUSTEREN: I know you're doing everything you possibly can. Do you have a bipartisan resolution?

KILDEE: Bipartisan resolution sponsored by myself with the other members of Congress that represent the individuals held in Iran, along with the real leadership in the House, Ed Royce and Eliot Engel, the Democrat and Republican who have Foreign Affairs. This is a very simple, very straightforward stand-alone resolution that says Iran must release the Americans that they hold.

VAN SUSTEREN: All right, now, the resolution, is that a signal to Iran or a signal to the president to amp up the noise or what is this supposed to do?

KILDEE: Clearly, a signal to Iran that if they want to be taken seriously, they can't hold political prisoners. But it's also important that the American people, through their Congress, speak and that everybody involved in this, our own administration, everybody else, understands this has to be a very high priority. So if I can get Democrats and Republicans to speak with one voice on this question, I think it will make a difference.

VAN SUSTEREN: All right. You could amp it up a little further if the resolution said, don't support a deal over nuclear weapons. I'm not suggesting you do this, but there are -- I mean, that would amp it up a built. If you fold members of Congress that you can't deal with Iran on the one side about nuclear weapons while they are doing this to our Americans.

KILDEE: I think it's important to keep in context that any engagement with Iran has to be viewed through their behavior. But I would never want to tie the freedom of Americans who are innocent with progress or the lack of progress on a negotiation regarding their nuclear capabilities. These are innocent people. And I wouldn't want to create the impression that we are trading them for concessions at the nuclear negotiation table.

VAN SUSTEREN: I hope when the four do get home that they know they have a good friend in you, that you kept pushing.

Welcome to all of you. What brings to you town? Start with you, Montel.

MONTEL WILLIAMS, TALK SHOW HOST & MARINE VETERAN: Today, we walked the halls with Congressman Kildee. We were out today. The bipartisan support we saw today, numbers of representatives that came up and continually said, "My heart goes out to you, we will do whatever we can do." There's discussions about possible hearings, discussions about bipartisan support of this resolution. That's why I'm here. And I'm not going to stop. They know I'm not. I'm not a part of the family but I'm a part of the family.

VAN SUSTEREN: Doctor, you are used to doing surgeries and other things, not walking the halls of Congress. Are you frustrated?

DR. RAMY KURDI, BROTHER-IN-LAW OF AMIR HEKMATI: We are. But Amir gives us hope. His strength gives us hope. Who could be more frustrated than someone who has gone to prison? Gone through torture, served his country, hasn't had the answer he wants. But he drives our morale.

SARAH HEKMATI, SISTER OF AMIR HEKMATI: It gives us a sense of being able to do something for him. It's about three and a half long years and every day we wake up, when he is not home, we feel like we haven't done enough. And it's never going to be enough until we see him come home.

VAN SUSTEREN: What's the kind of reaction you get on Capitol Hill like, oh, yeah, that's terrible, and then does it sort of stop there?

HEKMATI: You know, we have been driven by the energy we have gotten today. I have to say a lot of people were just really moved by everything that we had to share with them about what Amir has endured and what our family has endured, the fact that our father is sick on this same time frame. He has gone through brain cancer, two strokes. I think people are really compassionate and want to not just nod their heads and say a sad story. They want to do something.

VAN SUSTEREN: Of course, I keep emphasizing, this is a Marine. We're talking about a Marine.

MONTEL WILLIAMS: A USA Marine who is American, who has served his country with honor and dignity. Right now, he is being held. He was tortured because he was a Marine --

VAN SUSTEREN: And of course --

MONTEL WILLIAMS: -- because he wore a uniform.

VAN SUSTEREN: Of course, I assume that you have the same sort of level of passion about the journalist who is being held and about the pastor?

KURDI: Absolutely. We are watching them and we are reliving that experience. But we have to identify with Amir. We call out to Iran to have mercy on all of them, all of the Americans held. It's time for all of them to come home, and especially Amir.

WILLIAMS: You know what, Greta? The message has to be sent. Right this minute, we have flotillas that we are worried about. We're going to start escorting our ships through the canal. We have soldiers that are serving on there. They are looking at the news and they are saying to themselves, excuse me, if something goes awry and I end up being held in another country, are you going to turn your back on me while I'm defending your democracy? That's a question that we all have to ask.

Anyway, Montel, Sarah, Doctor, thank you for joining us, and welcome to Washington. Next time, I hope it's with your brother-in-law.

VAN SUSTEREN: And to the viewers at home, keep tweeting with #FreeAmirNow because we want to get him home.