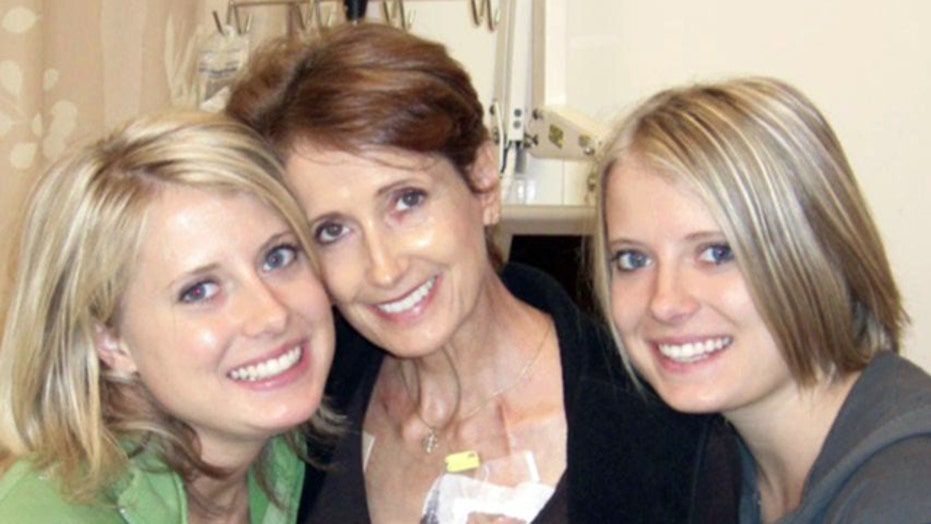 This is a rush transcript from "The Kelly File," November 5, 2013. This copy may not be in its final form and may be updated.

MEGYN KELLY, HOST: Well, and what is now a national fire storm over millions of people losing their health care coverage due to the new ObamaCare rules, one story has become the focus of a lot of questions.

Tonight, new developments on Edie Sundby, a stage four cancer patient about to lose the health plan that helped her survive all these years, and whose op-ed in the Wall Street Journal earned her a direct rebuke from the White House. Trace Gallagher live from our West Coast newsroom. Trace.

TRACE GALLAGHER, FOX NEWS CORRESPONDENT: And Megyn, Edie Sundby has said all along, she didn't want to pick sides, the reason she wrote that article for The Wall Street Journal is because she was disappointed, writing in part quoting here, "What happened to the president's promise? Thanks to the law, I have been forced to give up a world class health plan. The exchange would force me to give-up a world class physician."

So, the White House is now challenging her account. Senior adviser Dan Pfeiffer directing people to a left-leaning blog called Think Progress, and a story called, "The Real Reason the Cancer Patient Lost Her Insurance." The story says in part quoting here, "But Sundby shouldn't blame reform, United Health Care dropped her coverage because they have struggled to compete in California's individual health care market for years. It is true United Health Care only has a small share of California's insurance market, but they left out that United Health Care is the biggest health insurance company in the country. And the reason they pulled out of California is the same reason they're only joining exchanges in a handful of states. They believe the exchanges will attract too many sick people and not enough healthy people." The CEO told his investors, quoting here, "They'll be access by those who have had a pent-up appetite for insurance. And we are approaching them with some degree of caution."

And now we know, Megyn, that to participate in the California exchange then qualify for those federal subsidies, insurance companies had to agree to cancel their plans that do not qualify under ObamaCare. So when you hear this phrase that the insurance companies are voluntarily and choosing to cancel these, it is not true, at least in California. And by all of our research, Edie Sundby lost her health insurance and she lost her doctors because of the Affordable Care Act.

KELLY: Can you repeat that last part about California and what they told the insurance companies?

KELLY: That is unbelievable. I mean, that is an explicit deal to break the president's promise, I mean, not even arguably accidental. Trace, thank you.

KELLY: Joining us tonight on this, Kristen Soltis Anderson, a Republican pollster and vice president of the Winston Group and Robert Hoopes, a Democratic strategist and president of VOX Global.

I mean, that is quite extraordinary, but I want to start with the stage four cancer patient and the direct hit she took from the administration, tweeting out an article from the far left blog, Kristen, that they believe undermined her, they tried to blame it on the insurance company, ignoring the fact that the insurance company was reacting to ObamaCare.

KRISTEN SOLTIS ANDERSON, VICE PRESIDENT OF THE WINSTON GROUP: The reason why you're seeing the administration react so strongly to this particular charge is because the idea that if you like your doctor, you can keep him or her, if that is untrue that is a much bigger problem for this administration than people simply changing from one insurance company to another or losing your coverage. Losing your care is a big deal.

KELLY: One close from the other, you lose your plan, and very often the new plan doesn't cover your doctor, that is how it happens, go ahead, Robert.

ROBERT HOOPES, PRESIDENT, VOX GLOBAL: Yes, I can say. This is part of the hyperventilating that is taking place in Washington right now over the website and over a long series of anecdotes.

So, this insurance company said, they don't want to be part of the plan in California --

HOOPES: -- because they don't want to insure sick people --

KELLY: The very sick. The most sick--

HOOPES: That's cherry picking. That is precisely what the exchanges are designed to avoid, right? The idea is that if 47 million people don't have insurance and people won't sell the insurance, creating a marketplace where they can choose that policy.

KELLY: But is it true, but isn't it true -- I'll give the floor back in a second, but Robert isn't it true that as far as we see it based on United's stated reasons for canceling its business in California, they might still be alive and well in California were it not for Obama Care?

HOOPES: Well, I don't know, but there would still be 47 million people without insurance were it not for ObamaCare.

Kristen, the reason I asked this, is because Dan Pfeiffer in his White House account tweets out this linked to this far-left blog suggested it had nothing to do with ObamaCare. And there is something about the stage four cancer victim voicing her upset over this law and saying, every government officials should have to get on this if I have to get on this, that really struck a nerve.

ANDERSON: Yes, they're trying to push back because they're seeing the poll numbers go really far. They're seeing these numbers begin to start heading really south. In this last week, you have now seen polls where President Obama's favorability is actually what we call underwater --

ANDERSON: That is why people are really beginning -- the administration is beginning to fight back to not just say well, we'll just send Secretary Sebelius to The Hill and do the hearing things that's enough.

ANDERSON: Oh I'm completely fine with them trying to make their point of view --

KELLY: Wait, wait, wait, let me jump in because we have a short time left.

HOOPES: Yes, look, Megyn, there is no doubt that this policy, the rollout of the website has been a big un-success.

HOOPES: I know, the fact is, the policies that you're talking about are barely policies. Deductibles have $10 to $25,000, multiple thousand dollar co-pays, don't cover hospital pays, don't cover mammograms, these are not insurance policies.

I know we're short on time, control room. Not true.

Listen to Becky who was on our show last week, stand by. Listen. Listen.

BECKY SUMMERS, EXPENSIVE INSURANCE PLAN CANCELLED: I have an excellent policy where I'm covered for everything with no lifetime maximum. I have every single coverage there is and they're trying to tell me that I had a bad policy and the insurance company was ripping me off and I was too stupid to know better. So now I have to, you know, go with what the government is giving for my you know, for my own good.

KELLY: It's not just true that these were lousy plans that needed to be cancelled.

HOOPES: Yes, that is not true though. By the way, the government is not going to give the --

KELLY: She is not telling the truth?

KELLY: Once again, a rejection of the reality that is presented by a fact witness, it's just a rejection and a decision to ignore it.

All right. Thank you so much for being here.

HOOPES: I mean, nobody is ignoring it.

I want to hear your ObamaCare story. So far, we received thousands of them, good, bad and between. Go to Facebook.com/thekellyfile or send me a tweet, @megynkelly #kellyfile. We'll reading them and we'll try to investigate your issues, keep them coming.