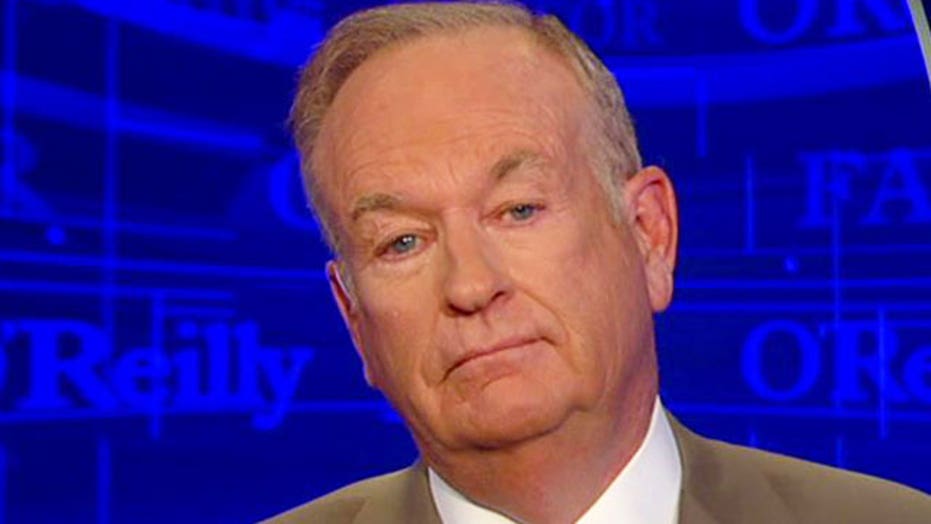 The vilification of Donald Trump over illegal immigration

Does the truth hurt? Or did Mr. Trump unfairly malign Mexico and millions of Mexican illegal aliens. "Talking Points" will now answer those question.

The primary mistake Donald Trump made in his campaign kickoff speech was speaking too generally about the border problem. Most Mexicans who sneak into the U.S.A., or overstay their legal visitation status do so because they are economically deprived. They are largely undereducated folks trying to feed their families. Also, the vast majority of illegal aliens do not -- do not commit crimes while on American soil, apart from their immigration offenses.

But there are very big problems stemming from Mexican illegal immigration and the stats tell the truth. As we all know, Mexico is the major supplier of illegal drugs into the U.S.A. The drug cartels down there have corrupted the police and many politicians. They are brutal thugs who commit mass murder, torture, and generally shame their nation.

ISIS has nothing on these drug cartels. They are both savage enterprises. The government of Mexico not capable of defeating the drug lords and the government down there rejects direct American intervention. U.S. drug agents, for example, are not allowed to carry firearms in Mexico, thereby putting themselves at great risk assisting Mexican authorities. For decades Mexico City has allowed organized crime to brutalize its own people and Americans as well. Some of the drug organizations have branched out now into people smuggling. Charging money to get desperate migrants across the border. In the process many, perhaps most, migrant women are sexually molested.

And that was the rape situation Donald Trump mentioned. But it's not ordinary Mexicans doing the raping, it's the gangsters. And Trump should have made that clear. The truth is there's little supervision on the Mexican side of the border. Cities like Juarez and Nuevo Laredo literally run by the drug cartels. Border security in Mexico nonexistent and has been for decades. That situation is not going to improve.

So, Trump is correct in saying that only a massive wall will stop the chaos and even then drugs and people will get through although not to the extent they do now. Washington knows all this but has turned away from securing the border ever since President Reagan promised to do that after he signed an immigration amnesty in 1986.

Mr. Reagan did not keep his promise. And every single president since has failed to secure the southern border -- every one.

Now, what about the immigrants themselves? 59 percent of Mexican residents and illegal aliens have less than a high school education. Only 4 percent have a college degree. 68 percent are poor or near poor. 57 percent receive means tested welfare of some kind paid for by the American taxpayer. 56 percent do not have health insurance, many of those receiving Obamacare subsidies.

So Trump's analysis is correct. The majority of Mexicans coming from the U.S.A. are not achievers in the economic sense. To be fair, that was the case with the Irish, Italian, and European immigration waves of the past. Hard working people coming here to try to improve themselves.

But, here is the dangerous part now. According to government statistics, 71 percent of non-American citizens in federal prisons are from Mexico, Columbian nationals second just 4 percent. Mexican criminals represent a whopping 16 percent of all convicts serving time in federal penitentiaries. That's a huge burden on the American taxpayer and a dangerous situation for we, the people.

Like 32-year-old Kate Steinle. Last Wednesday, Kate was walking with her father in San Francisco enjoying the evening when she was shot dead on the street for absolutely no reason at all. Police say 45-year-old Francisco Lopez Sanchez an illegal alien from Mexico murdered Kate. Apparently Sanchez has seven felony convictions, has been deported five times. Yet, he is still walking around the streets of San Francisco, this guy.

That's because Mayor Ed Lee and the 11 members of the San Francisco city supervisors refuse to cooperate with the federal government on criminal aliens. The feds asked the city of San Francisco to keep Sanchez in custody. The city refused. Miss Steinle paid for that irresponsible and unconstitutional decision with her life.

San Francisco is a sanctuary city and proud of it. And violent crimes committed by criminal aliens have happened there before. City authorities refuse to say how many because they know it's a huge scandal, a black mark on the history of San Francisco -- the most tolerant of cities.

The family of Kate Steinle asking for calm, not vengeance. But "Talking Points" is not as charitable.

In 1996, president bill Clinton signed the Illegal Immigration Reform and Responsibility Act which stipulated that local and state authorities were to cooperate with the feds in apprehending illegal aliens, especially criminals.

In 2007, then Mayor Gavin Newsom issued an executive order stating that as a sanctuary city San Francisco would not, would not cooperate with federal authorities on illegal immigration matters and would protect even criminal aliens. The feds did nothing.

In 2010, the Obama administration open lid -- openly said it would not punish cities that refused to obey the 1996 immigration law.

So here's the deal. Here's the deal. The mayor and city supervisors of San Francisco are directly responsible for the murder of Kate Steinle and the Obama administration is complicit. Attorney General Loretta Lynch could order the FBI today to arrest Mayor Lee and the supervisors for violating federal law. She is within her authority to do that.

I know that's not going to happen because racial politics drives the law these days which is why Trump caught so much hell. The constitution demands that the federal government protect Americans from foreign intruders, demands it. Obviously that responsibility is not being met. And if you point that out as Trump did, you're a racist, a pinata for the open border crowd to bash.

The fact that a felon could be deported five times and still be walking around San Francisco should shame Congress, shame it. Where is a law that says if you are deported one time and come back, you serve five years in prison? Where is that law? Congress should pass it. And if President Obama doesn't sign it, everything will be on the table. It will be on him.

"Talking Points" is disgusted with the cowardice of our elected officials from the crazy left San Francisco people to the President to the Congress. Most of them are rich folks who could not care less about the violence and chaos, out-of-control criminal activity south of the border is creating in this country. If Mexico does not crack down hard on border intrusions and drug trafficking, we should punish them economically, punish them -- period.

This entire disaster has been going on for far too long. The excuse that America is at fault because we use drugs and secure our side of the border is valid. We are at fault. That does not excuse Mexico's rampant corruption and abuse of its own people. Drug and people smuggling injure millions and cost lives. It's the dirtiest of crimes.