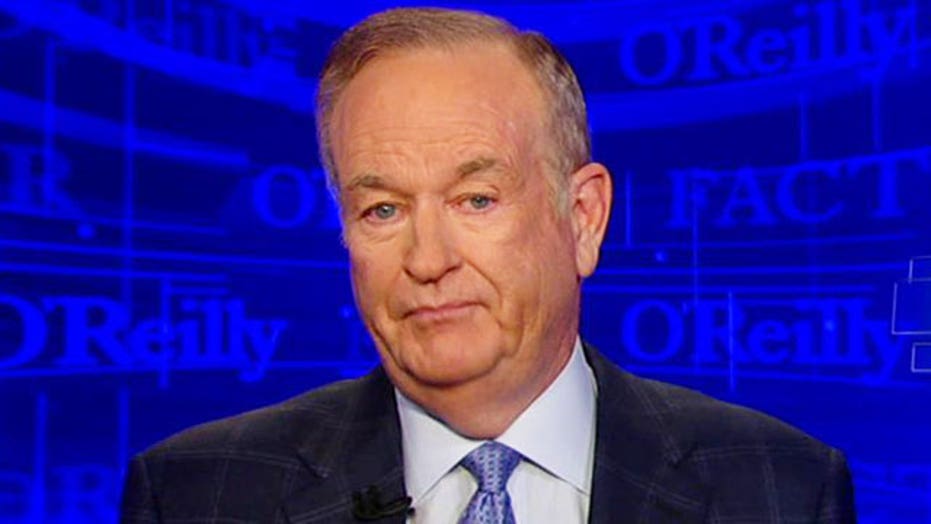 A new poll by Gallup says right now in the U.S.A. left and right wing Americans are tied in numbers. A poll of more than 1,000 adults asked Americans to describe themselves on social issues: 5 percent say they are very conservative; 26 percent conservative in general; 33 percent moderate; 21 percent liberal; 10 percent very liberal; 4 percent don't know what they are.

That's the first time since 1999 that conservatives have not outnumbered liberals in this area. So why is it happening? I call it the "Watters' World" syndrome that more Americans are simply ignorant of the consequences involving social behavior.

As Talking Points has often pointed out, the rise of the net has taken people away from the real world and put them in a fantasy world. That's one of the reasons I created "Watters' World" where Jesse Watters asks folks about what they know about the real world. On liberal issues, it's kind of frightening.

WATTERS: What is Obamacare?

WATTERS: So you support Obamacare, you just don't really know how it works.

Vermont is a very liberal state. Why do you think that is?

Do you know what liberal means?

WATTERS: What benefit does it have to the country to legalize weed?

WATTERS: So, what is earth day?

So if the earth is warming, you get more snow?

WATTERS: So if the earth starts to cool, would we get less snow?

O'REILLY: Now, granted "Watters' World" is just a small slice of life, but I believe only about 50 percent of the American people take the time to understand important issues. Half the country does not. They are simpletons -- unwilling and unable to discipline themselves into formulating a philosophy of life.

The second factor driving the trend to the left in the U.S.A. is the media but not the news media. Not the news media. Most Americans don't even bother with the news anymore. It's the entertainment industry combined with social media that are putting forth a more libertine lifestyle. There is no question about that.

In cyberspace, progressive Web sites vastly outnumber traditional Web sites. That's because traditional people don't use the net as much as their progressive counterparts. So the stars are lined up in favor of liberal thought and that is a powerful influence.

Now let's take a look at the social issues themselves. 2001 just 40 percent of the American public believe gay or lesbian relations were morally acceptable. Now that number stands at 63 percent -- huge change. That's because the entertainment industry has mainstreamed the gay lifestyle. "Modern Family", for example, one of the most successful programs in the world and even though it's a comedy, the message of tolerance sinks in especially among younger Americans. Then you had a heavy dose of the stars themselves being liberal on gay issues and you have the change agent.

Also on the gay marriage issue, those opposed to it have not been able to vividly articulate their vision and some, who support gay marriage, have branded the opposition as bigots -- a powerful, but unfair indictment.

Second issue -- having a baby outside of marriage: in 2002 45 percent of Americans found it morally acceptable; today 61 percent. Again, that's driven by the entertainment industry and lack of peer pressure to keep child-rearing within the marital arena. Although some Americans can raise children outside of marriage very well, this trend has badly damaged our society, often leading to poverty and lack of supervision for children. Millions of kids are getting hammered.

On the subject of abortion: 2001, 42 percent found it morally acceptable. 14 years later, 45 percent do. Now, this is an area where the entertainment industry and the progressive movement have failed to move the dial. Most Americans will understand that destroying a potential human being, and I use that term because it is indisputable, is not a righteous act.

Science has now established that human DNA is present on conception. So there really isn't much debate about it. If human life is sacrosanct and that's one of the pillars of the American Constitution, then abortion is a troubling situation unless, of course, there are drastic medical circumstances in play.

So the progressives have not made many inroads when it comes to shutting down life. Same thing with the death penalty: 2001, 63 percent of Americans found it morally acceptable; 2015, 60 percent do. That's going down. Again, this goes back to the sanctity of life even if the person receiving the death penalty deserves the punishment.

Talking Points opposes the state putting anyone to death. However, the punishment I would give heinous criminals would make them wish they were dead. They would be totally isolated in a hard labor facility.

Finally, Americans are appalled socially by one act -- adultery. 2001, only 7 percent of Americans condoned marital affairs. 2015, just 8 percent do. That goes directly to the personal lives of Americans. Few who are married want to be betrayed, so all theory and politics fly right out that window. America is not France; when it comes to marital behavior, more than 90 percent of Americans want exclusivity.

Gallup also did a poll on economic issues and here Americans are far more conservative. 39 percent of us say we are conservative when it comes to how the government runs the economy. Just 19 percent describe themselves as liberal in this arena. That's fascinating because we, the people, twice elected a man who believes that capitalism must be dramatically changed. Barack Obama is the most liberal president on economic issues the republic has ever had.

Again, I think it goes back to understanding. Many Americans simply have not grasped Mr. Obama's overall political philosophy. They voted for him because of his charisma and his historic position as the first black man to achieve the White House.

Going forward, talking points believes America is in for a big shock. I don't know how that shock is going to be delivered. But I do know we are heading in the wrong direction on just about every important issue and the polls back me up. Two thirds of Americans say the country is headed in the wrong direction. Whether it's another brutal terror attack here or an economic collapse of some kind, I cannot tell you.

What I can say with certainty is that the public school system on the verge of collapse. Chaos in the minority precincts as bad as it's ever been. And the drive to legalize marijuana and other drugs will sap initiative and create millions of addicts. Also, our foreign policy is in an absolute shambles as we said last night.

With all that in play, Americans are still evenly divided ideologically. But when the bill comes due, and something awful happens, this country will quickly snap back to traditional thinking. And that's “The Memo”.