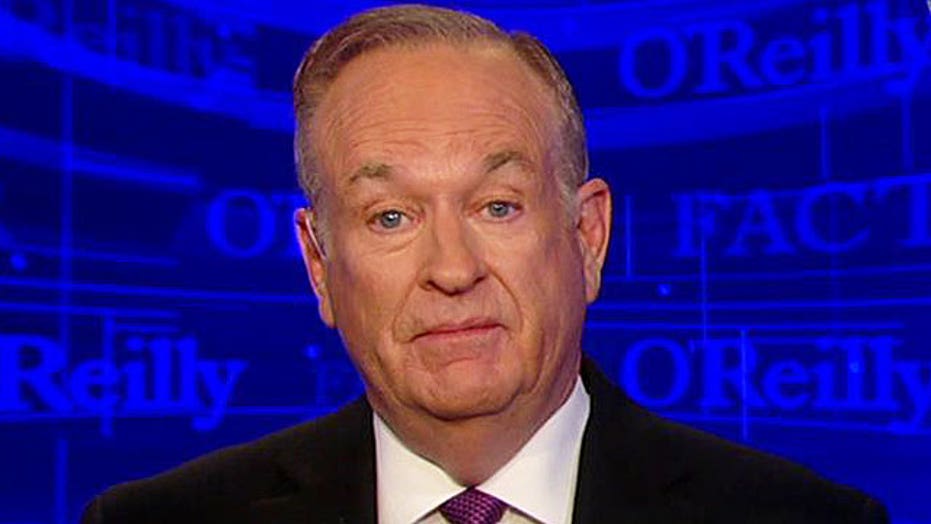 Is your country unfair to you about money?

As you may know, Hillary Clinton is trying to put together a coalition that will elect her president of the United States. Her strategy is two-fold: telling minority Americans they are being treated unfairly across the board, and convincing working class Americans that the deck is stacked against them in the marketplace. If Mrs. Clinton can persuade folks who don't earn a lot of money to vote for her en masse, she may win.

What is the truth? The truth about so-called income inequality? First, the accusation.

SANDERS: This grotesque level of inequality is immoral, it is bad economics, it is unsustainable. This type of rigged economy is not what America is supposed to be about. This has got to change.

O'REILLY: Now, it should be noted that Mr. Sanders is a socialist who does not believe in capitalism. He essentially wants the federal government to regulate the private sector, providing money and assistance to those who are not competitive.

And that is the play here. To convince Americans that market competition is bad, unfair, it's a rigged deal. Sadly, that message is gaining currency -- pardon the pun.

A new CBS News poll asked can anyone get ahead in today's economy. Just 35 percent of those polled believe anyone can prosper. 61 percent say that just a few people at the top can advance.

Question two: Do you feel the distribution of money and wealth in this country is fair? Just 27 percent say it's fair. 66 percent believe it should be more evenly distributed.

Three: are America's best economic times yet to come? 46 percent no. 47 percent yes.

You favor the government limiting the amount of money earned by top executives. 50 percent favor that, 45 percent opposed. By the way, that would be unconstitutional.

And finally, do you favor raising the minimum wage from 7.25 an hour to 10.10 an hour? 71 percent favor, 26 percent opposed. For the record Talking Points favors an increased minimum wage.

What the poll demonstrates is that Americans are largely buying into the dangerous vision that the government in Washington should control the flow of money in our economy. That the feds should decide who gets what. Not private enterprise. That goes directly against how America was founded.

The free marketplace dictates who earns what. Not the feds. However, many Americans are frustrated believing they have no chance to improve their earnings because as Senator Sanders alleges the system is rigged.

So here's the truth. The capitalistic system in the U.S.A. is tough, but it's not rigged. We're living in a changing world where you must have a skill in order to make money.

And you must understand that technology, not labor, is now driving the economy. No longer can you get a union job on an assembly line and prosper. Many of those jobs have gone overseas and there is nothing the feds can do about that.

What the left will never, never tell you, because of all this income inequality stuff that's designed to get votes, is that it is largely up to you, the individual American, to do what's necessary to make money.

The problem is many American public school students believe they can slack off in school and then somehow show up in the workplace and make big money. Pipe dream. Again, you must have a skill, and you must have some kind of education. Just go out to the mall this weekend. Sit in the chair. Watch how people behave.

Millions of Americans cannot even speak proper English. Their concentration spans are so short they can't read a book or magazine article. They speak in crude ways. Sometimes they can't even understand simple directions. How many of us have called a takeout place and had to repeat the order five times?

American students in public schools are not being held to account, generally speaking. The smart kids prosper, the lazy kids are passed, just to get them the hell out of the school. So what's going to happen to those lazy kids? Well, many of them are going to be poor. They are going to be victims of income inequality.

If you look at the demographics, Asian Americans are generally prospering in the U.S.A. because they understand what I am telling you right now. Their children are dominating in schools. They are being admitted to the finest colleges and universities in numbers way out of proportion to their population. Why? Because many Asian parents impose strict discipline on their kids and present with a clear road map for success.

Senator Sanders knows that but he will never admit that education is the only way to economic success in America. Because if he did admit it he couldn't be a socialist. The entire income inequality play is a giant ruse designed to get votes for the Democratic party.

Hillary Clinton knows talking points speaks the truth, but she needs the bogus issue to get elected. She is selling a myth to gullible voters. People who are frustrated about their own lack of success. But the great thing about America is no matter how old you are, you can acquire the skills to make money.

In just a few moments we're going to talk with a former pro-football star who just graduated from college at the age of 74. The ability to compete in the marketplace is up to you. But dishonest politicians will never say that. Instead, they play a cynical and dishonest game and according to the CBS poll, millions of Americans are now buying it.

Finally, a personal story. I grew up in Levittown on long island. There were nearly hundreds of kids in that neighborhood all over the place. All of the same economic circumstance. Not much money.

All of us had a decision to make after high school. Do we go to college or do we get a job? Those who chose college, are generally making a good living right now. Those who chose a blue collar life have done fine as well. Police officers, car sales men, house painters, many of my blue collar friends have great lives. But they are not, not going to make the kind of money I'm making.

I have two master's degrees, one from Harvard, and I earned the money to pay for those degrees myself. Yet, I started out the same way that all the kids did in Levittown with the same advantages and disadvantages. I chose my own path. I knew that path could lead to prosperity if I worked hard.

Finally, there is no single right way to pursue happiness in America. But if you want significant income, you have got to figure out the pathway. And no matter what those pinheads in Washington tell you, you have to do it yourself.