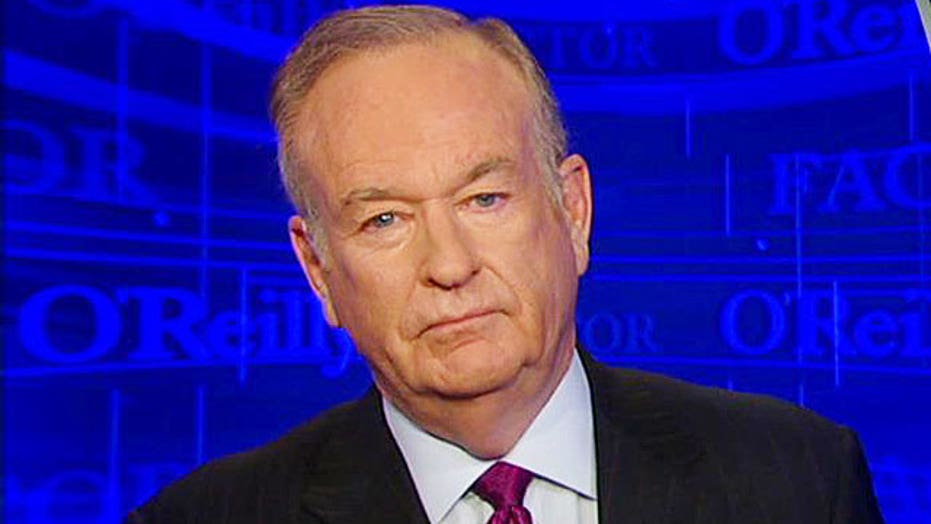 Demonizing America as a racist nation

It is an amazing thing to watch. The U.S.A. has gone from being the land of the free and the home of the brave to a country dominated by white supremacy. No longer is it white privilege, now it's supremacy.

The allegation that white Americans are actively trying to keep black Americans down. That is what the far left is now putting out there, largely unchallenged by a cowardly media. You hear the insane rhetoric on cable news nearly every night. It is an outrageous Tower of Babel.

CAROLINE HELDMAN, OCCIDENTAL COLLEGE PROFESSOR: We are a white supremacist society. We are a society that on its face values white people, what they do and their body, their integrity more than people of color.

UNIDENTIFIED MALE: Is racism built into this country? Is it in the hearts of many Americans?

SUSANNAH HESCHEL, DARTMOUTH COLLEGE PROFESSOR: I would like to know if the white churches in this country are hanging their head in shame today. But you know, the shame isn't enough because they can't repent without restitution. When are we going to have reparation for slavery, for Jim Crow, for the new Jim Crow. Unless you give back, there is no forgiveness for you.

MYRLIE EVERS, FORMER NAACP CHAIRMAN: I'm deeply afraid that we are still, as a country, mired in prejudice and racism.

MARC LAMONT HILL, CNN CONTRIBUTOR: The problem is we can't eliminate these types of incidents if we don't get at the source of the problem. And the source isn't individual crazy people. The source of this is white supremacy.

O'REILLY: Now, once again, that stuff is being put out to the entire world. With little skepticism on the part of the American media that's afraid to challenge it. They are afraid because if they do challenge, they may be labeled anti-black bigots. So, the media in the U.S.A. is intimidated.

The only TV network that does not accept the blatant dishonesty that America is a white supremacist nation is Fox News. And some of us on this channel get viciously attacked for standing up for the truth.

Last night on my computer the Yahoo News Service carried anti-Fox defamation from all kinds of crazy left wing Web sites. It was brutal. Yahoo just throwing this garbage out there with no balance, giving these smear merchants a worldwide platform. You rarely see any conservative points of view on Yahoo.

Where's Daily Caller? Where is Breitbart? Where is World Net Daily? Where is News Max? In the world of Yahoo News they don't exist. Yet, every anti-Fox statement Jon Stewart makes is headlined. It's disgraceful.

So that's why these anti-American race baiters spew their invective with glee because there is little downside for them with the exception of terrible ratings. As Talking Points has reported the no-spin truth is that there are anti-black bigots in America, of course, there are. But to say the entire country is defined by them is a gross lie. That would be like saying that African-Americans are all defined by Farrakhan or the Black Panthers.

Most Americans, no matter what color they are, are decent, fair-minded people, but there are problems in the African-American precincts, especially in the inner city. However, the problems have little to do with white people, rather a corrosive culture that does not confront child neglect and antisocial behavior on the streets. That's what's driving poverty and dysfunction.

Let me give you a recent example. In Detroit, on Saturday, 12 black Americans shot at a party -- 12. Did you hear anything about that? That included three women. One person was killed. The likely perpetrators -- black gang members.

JAMES CRAIG, DETROIT POLICE CHIEF: 12 victims were shot, which includes the one that was fatally shot as a result of these cowardly, violent, what I'm calling, urban terrorists. You know, this is not acceptable. But the only way we are going to bring some closure for the families, we need the community's help.

O'REILLY: Chief Craig and most other law enforcement officers in this nation well understand it's not white on black crime that's the problem. It's black on black crime that is causing social chaos. While the terrorist Dylann Roof is now a huge international embarrassment to America, Roof is an exception not the norm -- a deranged young racist who murders nine people is a terrorist. Thank God this kind of thing is rare in America.

The truth is there is no organized effort to harm black people by white people. That doesn't exist here. The real racism is looking away from what is really harming black Americans, the root cause of poverty. And as Talking Points has reported over and over and over again, that is the dissolution of the African-American traditional family, chaos on the streets in poor neighborhoods, and an educational system that does not demand the same standards of achievement that are demanded in the white neighborhoods.

In many schools, if black students misbehave or fail, nothing is done. Authorities either look the other way, or socially promote them to get them the hell out of the school. That's racism. All-American students should be treated the same way. And the excuse that slavery, Jim Crow, and other historical injustices should now define how black citizens are treated is insane.

Barack Obama, a poor boy of mixed race, rose up with little parental help, and became the President. Did these anti-American folks who are exploiting Charleston miss that? Just today Governor Bobby Jindal of Louisiana, a man of Indian dissent announced is he running for president. Dr. Ben Carson who overcame poverty to become a brilliant surgeon, is also running for president. And the far left smear merchants have the nerve, the gull to say America is a white supremacist nation and the press does nothing about it? Fox News is attacked when we report the truth?

Well, you want a war. You got a war. I'm not going to sit here any longer and take this garbage. People who lie, run the country down, who are racist themselves are going to be called out right here on The Factor.

In the next segment with Bernie Goldberg we will play you outrageous statement made by a person who works for NBC News.

Summing up, critical mass has been reached. In the real world, America remains the country that provides the most opportunity to the most people, that's why millions of folks are trying to get in here -- many of them people of color.

American taxpayers fund trillions of dollars worth of entitlements for poor people. Our hard earned dollars are given to folks who need help, and we're glad to do it. American businesses actively seek good, competent minority employees. The American Congress has passed law after law after law to ensure that all Americans have equal opportunity to pursue happiness.

As I said last night, every country has racist elements within it. You are always going to have that. You're always going to have terrible incidents like Ferguson, and Baltimore and Charleston. But every stat and every poll say the same thing. There is not an epidemic of racism in the United States of America. That is the truth.

And the liars who distort the record are now on notice. You will be held to account.