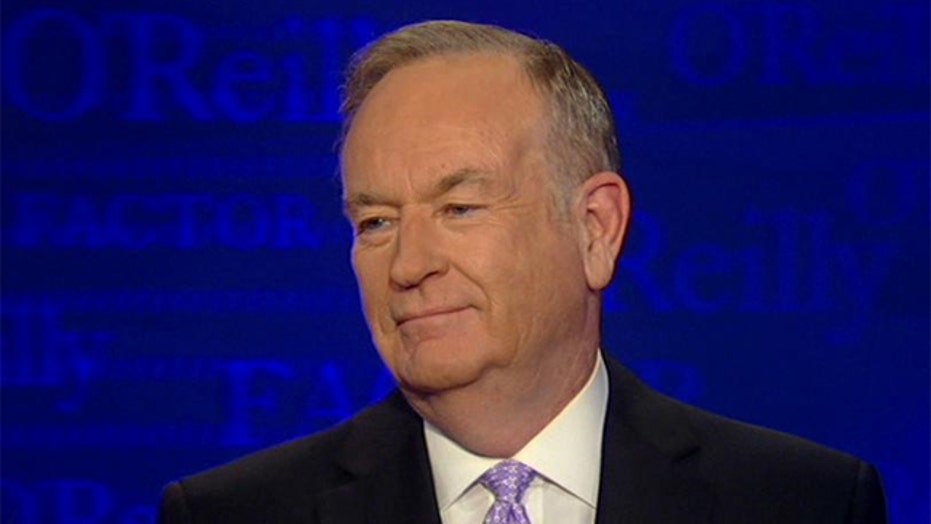 Bill O'Reilly brings 'No Spin Zone' to 'Cashin' In'

'Factor' host on private companies getting taxpayer money from government

BILL O'REILLY BRINGS 'NO SPIN ZONE' TO 'CASHIN' IN'

BILL O'REILLY: I think America has done a fairly good job of trying to right historical wrongs. We've put trillions of dollars into programs to help minorities, and a lot of those programs have been effective. If you're smart and you go and get educated, you can compete in this country. In sixty years I think that is a laudable goal. I think we should all be very proud of that.

MICHELLE FIELDS: This is exactly why people don't trust them. A new poll came out that shows that only 20 percent of young Americans actually trust the government, and it's not surprising. This administration is bleeding credibility. The way that they deal with negative information is downright insulting. They act as if it's no big deal, that these are all phony scandals, that we're all crazy. You have Hillary Clinton saying "what difference does it make?" Well it makes a big difference, and the polls are finally reflecting that.

JUAN WILLIAMS: What does that have to do with whether or not he substituted one word for another? This is where the people who are bleeding credibility are critics who are trying to jump on something that doesn't exist. I mean don't forget, trust in government was low when Watergate happened, when we didn't find weapons of mass destruction, when Clinton had the blue dress and was lying about sex at the White House. So come one, you're trying to make something out of nothing; that's what this comes across as.

JONATHAN HOENIG: What does it difference does it make about Hillary, there's anti-Americanism. I think the difference with Clinton's lies and Obama's lies is that at least with Clinton you got that picture that he cared about America, that he was pro-American. That he cared about Americans. I think Michelle hits not just the lies, but the ideas, whether it's "what difference does it make" or "dude, that was two years ago" or Obama saying "we're all in this together." The upshot is that you, as an individual-your life doesn't mean anything. Whether it's Chris Stevens, whether it's a wealthy person-their money isn't theirs-whether it's someone who wants to put gas in their car, or drives an SUV. It's all up to the public good. So how can you trust someone who doesn't value your own right to your own life.

WAYNE ROGERS: He's not just willing to lie, he does it deliberately. There are over 200 documented cases where he has lied. "You can keep your plan if you like it. You can keep your doctor if you like it"-those are the obvious lies. The unobvious lies, where there's a scandal involved, like the IRS, Lois Lerner, this case of Benghazi that we talked about. Imagine the following: imagine that Hillary Clinton runs for president and gets assassinated in the process and somebody shows up and says "well what difference does it make anyway." I mean the New York Times would have that on the front page.

JONATHAN HOENIG: For the president to have dinner with the press is the President to have dinner with the people. The press is the people. I think it's a good tradition, laughing informally and yucking it up. The problem isn't the press having dinner with the President; it's the press doing their job as the press. We can't go to Washington and read all that legislation, and follow Harry Reid, and Nancy Pelosi around and ask the tough questions. That's what the press has to do. We depend on them to act like the press. It's great for them to yuck it up, but they still need to ask the tough questions. And to me it only seems like Bret Baier and Ed Henry are the ones doing that in Washington right now.

MICHELLE FIELDS: All it is is a bunch of self-obsessed DC media elites who are just laughing and schmoozing with the people that they're supposed to be holding accountable. They're sipping champagne while the rest of this country is suffering under this economy and trying to get answers for questions that they don't know yet, that have to do with this administration.

WAYNE ROGERS: I don't think this matters one way or the other. It's a silly thing they're doing it-like Jonathan said, it doesn't make any difference. What's wrong is that the press itself-I was quoted widely as saying this-is that they're constipated by their own ideology. They don't go beyond that and ask for the facts. They don't dig for the facts. Look at this IRS scandal, you look at the Associated Press thing, you look at Benghazi, all of these thing. You're not getting an answer, that's the problem.

JUAN WILLIAMS: No [I'm not going], I'm visiting here in Texas. The thing about this is this is a nerd prom. All of you guys I think are envious and jealous because you didn't get invited. I've got to take Michelle on a date here. But I want to tell you: this is really important for the American people, picking up on something that Jonathan said, because you are able to get some of these officials in public. You're able to say to them "hey I want to come over and talk to you. Hey you know what, let's make a point to appear on Fox News." And one thing that was just said, everybody can say hats off the Ed Henry, Bret Baier-those guys are asking tough questions, and that's what this hopefully leads to.