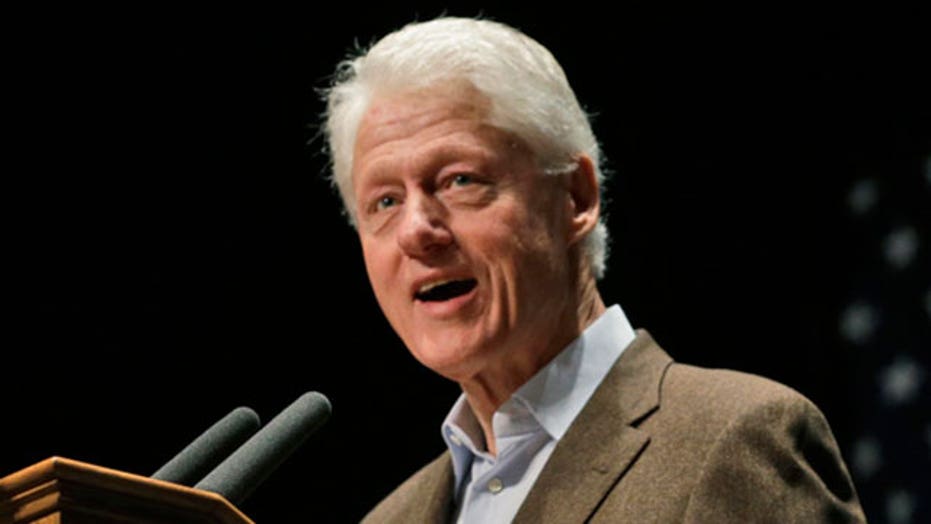 O'REILLY: Continuing now with our lead story on the "Talking Points Memo": Why politicians will not tell us the truth. Re-joining us from Washington: Charles Krauthammer.

So on this program you said that Clintons always walk up to a line of illegality and there is no smoking gun that says they did anything illegal with the Clinton Foundation. You heard bill Clinton very inarticulate and that's rare trying to defend the situation.

However, it's very simple. When you have a presidential candidate, Hillary Clinton, who is going get the nomination of her party, the FBI has a duty to, we the people, to investigate any appearance of impropriety. Does it not?

KRAUTHAMMER: Well, if you look at the behavior of the FBI the federal government has already indicted Senator Menendez -- The "Wall Street Journal" pointed out this morning -- on far less. The government has convicted the former Governor of Virginia for quid pro quos. And you have got the case of Chris Christie whose news is all over the newspaper for allegedly being involved in shutting a couple of lanes on the George Washington Bridge.

On the other hand you have the possible influence peddling and possible corruption of one of the highest officials of the government. It is a double standard and it is quite remarkable and it is not an accident that the people who have been indicted or been hounded are ones who are adversaries of the Democratic administration or the Democratic Party.

KRAUTHAMMER: Including Menendez incidentally because he's been hard on Obama on foreign policy.

O'REILLY: The question the FBI has a duty to do this. It's not an optional play to protect the sanctity of the electoral system. If there is something this big and you've combined the e-mail erasure which surely Mrs. Clinton new the foundation was going to be scrutinized -- and I'm not saying she did anything. I think that would be unfair to do that but the FBI has got to go in and look. They have to go in and look. If they don't, that's corrupt, in my opinion.

KRAUTHAMMER: Look the FBI is under the control of the Justice Department.

O'REILLY: No, no, no. They can independently go in. They don't need any Lynch ok on this. They can go.

KRAUTHAMMER: I understand. They can go. They won't go.

KRAUTHAMMER: They know where the direction comes from. They don't want to cross their superiors.

O'REILLY: Are you saying that Comey -- Director Comey is putting politics above the law? That's what you are saying?

O'REILLY: It doesn't let Comey off the hook. It's his call. He has got to make it.

KRAUTHAMMER: What about Lois Lerner, have you heard anything about her?

O'REILLY: No. But that's a different situation. Because she is not a public -- she was just a bureaucrat. We are talking about the President of the United States here.

KRAUTHAMMER: When her story came out, the President of the United States announced he came out, he said he was scandalized?

O'REILLY: He said he was innocent.

No. He said he was scandalized. He said this won't be permitted and then he fired the head of that agency. And then all of a sudden when the Justice Department is supposed to be in charge of this, you hear nothing.

This is not new. But, what impressed he about what Clinton said you said that all of a sudden he became uncharacteristically incoherent. Do you hear what he said about all the money he earned that he said I have to pay the bills? Do you remember a basketball player called Latrell Sprewell?

KRAUTHAMMER: He was the guy who choked his coach. Seven years later he was offered a three-year contract extension for $21 million. He turned it down with the quote of the century "I have a family to feed." It's in the same genre.

O'REILLY: All right. I'm anxious to hear what Director Comey is going to tell us. You just can't let this go or, you know, the justice system collapses if the head agency looks the other way and, again, it's not a witch-hunt. You have got to define what happened to the folks in a presidential election. That's how big this is.

Charles Krauthammer and "Things That Matter" will be out in paperback on May 12th. That's Charles' big bestseller. We hope you check that out.