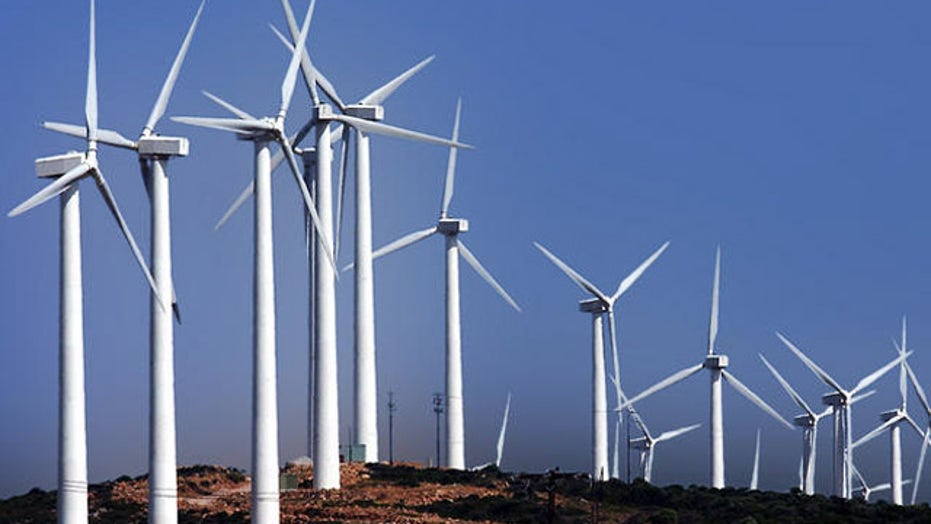 DAVID ASMAN: Well, just about everyone is trying to stop all those tax cuts from expiring but there's one thing the Forbes folks say we should let expire on January 1st. Billions of dollars on subsidies for wind energy. Are they right or could they blow up energy prices. Hi everybody, I'm David Asman. Happy New Year. Welcome to "Forbes on Fox," let's go In Focus with Steve Forbes, Elizabeth McDonald, Rick Ungar, John Tamny, Bill Baldwin, and Morgan Brennan. So, Steve has it paid off?

STEVE FORBES: No, its not paid off, their subsidies proportion that of 18 times nuclear energy which is more than all the other forms of energy. They've been doing this for more than 20 years and its not working. Ronald Reagan was right, the closest thing to immorality on this earth is a government program. But politicians love wind because they're full of hot air so we might label this section gone with the wind.

RICK UNGAR: Well look, we are very early in this process, what nobody ever wants to talk about is we've been subsidizing oil, coal, gas. We've been doing those subsidies for near a century. So if you take a look at those figures and compare it to these figures these don't look so bad all of a sudden. Look, like it or not, the majority of Americans believe global warming is an issue and if it is indeed an issue, we need to be spending money to develop clean energy sources. Fossil fuels may turn out to be a bigger problem than we think, we have to continue this program.

JOHN TAMNY: Yea, unsurprisingly I'm going to have to disagree with Rick here. The reality is, the last time wind energy had any relevant economic impact is in the 13th century, we've moved well beyond it into things like oil and natural gas that the markets actually want. If there's one thing I do agree with them on is let's get rid of subsidizes on all forms of energy, let's let them sink or swim in the case of wind energy it will certainly sink, and we'll be better off for it.

BILL BALDWIN: I think for politicians addicted to green stuff that wind farms could be kind of a methadone clinic. In other words, let's reenact the two cent per K.W.A subsidy for WINN but as part of the bargain let's get Americans off a far more dangerous drug which is corn ethanol. That stuff damages the environment, hurts food shoppers and tears up the insides of your engine.

ELIZABETH MACDONALD: No, and I think what John Tamny was referring to when he referred to the 13th century, I think he was referring to windmills in places like Norway and now we are tilting at windmills in Holland. We are tilting at windmills with the wind sector. What's happening is the wind sector really took off in '79 in Norway and in Denmark and what happened was at the same time Gerald Ford and Carter pushing shale gas development and low and behold that became economically viable. Look when you have tax subsidies that are about 50 percent of what's going on in wind energy equals 43 percent of the price that's versus when you net it out about 15 percent of oil, you got to say to yourself are we making these companies economically profitable or if they are not economically profitable then they should be just killed off otherwise we are just padding the profits and the lobbyists over there for the wind energy.

MORGAN BRENNAN: I do still like solar energy because the price of that is starting to come down but wind energy I say let it lapse. Bill you took the words right out of my mouth, let's slash and burn corn ethanol and all subsidies while we're at it. Let's look at the numbers a slightly different way- going back to the subsidies for wind it's about 8,000 percent higher than the cost of natural gas for the same amount of electric output, I mean that right there tells you there isn't any other options to choose from.

ELIZABETH MACDONALD: No we don't, you're absolutely right, in that regard. Unfortunately, we can't sell back our vacation time like people do in France or like people do here in the United States if you're in a government union. But listen, I found myself thinking, ‘have I lost my mind', I was on vacation and I checked my blackberry and I read a Rick Ungar e-mail while I was on vacation. That's a problem, when you go on vacation here in the United States, you're working anyway, 9 out of 10 are using their blackberries, a third are checking their work phones. I think you need time to rejuvenate and reboot or else you come back really ragged from vacation.

BILL BALDWIN: Yes, but David, you say economy, you're talking about GDP. And for good or ill GDP does not measure gross national happiness, it measures transactions. If you want GDP to be high let's have everybody work a 60 hour week and never take a day off.

MORGAN BRENNAN: I actually beg to differ on that, there is an abundance of studies that show a direct correlation between vacation time and increased productivity. One of the most recent, a 2010 study show that 35 percent of Americans that took vacations felt refreshed, more productive and actually felt better about their jobs coming back. I also think its really important to take internment breaks throughout the work day, there's been a lot of studies on that too.

JOHN TAMNY: Absolutely and that's what makes the United States so great. We like to work. Tom Brady, Peyton Manning, Aaron Rodgers, never want to leave the field. They don't want to leave the field because they're productive but they don't want to lose their jobs. Why would we mess with something that makes us the envy of the world and the productive and prosperity envy of the world.

RICK UNGAR: Much to my wife's chagrin, I'm not a big vacationer. I actually enjoy working which is why Lizzy is reading my emails when she is on vacation. But I got to point something out because it's relevant in recent history, if you will. We recently saw where Walmart and other companies where people wanted to take off for Thanksgiving and Christmas and were required to come into work. This confuses me. For years, Walmart has been telling us, family and religion are everything in this country, unless of course we need you to show up for work. We need to put that into the context.

JOHN TAMNY: Absolutely, the dirty little secret is that anything we learn in college is utterly irrelevant to what we do in the real world. The purpose of college is as a credentialing mechanism, if you go to Harvard you must be smart, hence you'll probably do well in the real world. Colleges are just playing in to what the students want. They are going there for ranking systems and colleges are playing to it. So let it ride.

ELIZABETH MACDONALD: No it's not the market at work because colleges and universities are non-profits, they're not really in the free market. Look, this is a typical bait-n-switch scam, like used car dealers use, and colleges and universities in this country are already gouging big time middle class families. What's happening is they're making themselves look better in the rankings because they have the application volume. That entices more fees in to the system from these unsuspecting students, more alumni donations. I think it's really bad for an already battered college and university system in terms of their reputation.

MORGAN BRENNAN: I actually am okay with this. I think there's a lot of pros to this and I think going back to this idea of increased fees, at least in theory that should be quelling the cost of universities, but actually there's a big reason they're doing this and that's the number of high schoolers is actually dropping and the number of local applicants is actually dropping, so that's part of the reason they're looking to get a more diversified application pool. Actually this is really good for the students that do get in to these colleges because it makes more diversified student population and honestly the quality of classes will probably be better.

RICK UNGAR: I agree with Lizzy, how's that for my last segment of the year. Liz is absolutely right. Colleges should not be running this kind of a scam just to bring more money in. Colleges are supposed to be about teaching students, and while John Tamny might be right, maybe a lot of us do misuse college, it is there for that reason, it is not there to run these kinds of scams. If you don't intend on accepting people, don't be doing it -

STEVE FORBES: Well I think in terms of application fees, I doubt those fees pay for the cost of the admissions department. I mean look at the personnel they have to have there. And parents and students can look and see how many applicants there are to determine what's their safe school what's their reach school, and now thanks to the Common Application, you can now apply to 10 or 20 colleges and not spend 5 years filling out essays.

BILL BALDWIN: This is like so much of what goes on in higher education, it's all about increasing revenue for the insiders, and not worrying too much about the students who get out. And let's not talk about the $100 application fee. How about the $400 billion a year we spend on higher education in this country, while producing graduates who do not have that our economy wants.

BILL BALDWIN: It's built on hedge funds and leverage; both are going out of style and style. (W.W. GRAINGER) This is the biggest vendor of doohickeys for repairmen. Soon to have 500,000 items in its catalog.

ELIZABETH MACDONALD: (W.W. GRAINGER) I love it. This is a great stock, great global rate. Reynold's Blue Chip Growth, double digit return. So last three to five years they've got great blue chips in there, go for it.