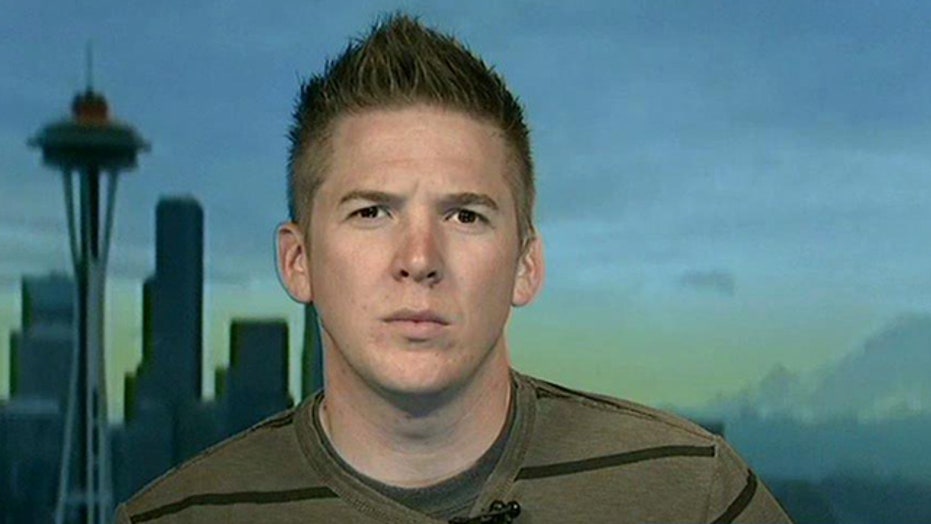 Sgt. Evan Buetow fires back at the critics

This is a rush transcript from "Hannity," June 9, 2014. This copy may not be in its final form and may be updated.

SEAN HANNITY, HOST: And joining us now is -- Sergeant Evan Buetow is with us.  And he was the platoon leader. Sergeant, welcome back to the program.

SGT. EVAN BUETOW, BERGDAHL'S PLATOON LEADER: Thank you. Thank you very much for having me.

HANNITY: All right, let's start with some of these reports, because they're coming out fast and furious. At this point, it's kind of odd to hear that Private Bergdahl wouldn't be talking to his parents. Then, of course, you hear that -- the report that he converted to Islam and became a warrior of Islam. What is your reaction to all of that?

BUETOW: Yes, I definitely think it's -- it's a little odd that he hasn't spoken to his parents yet. I have no idea what kind of security or mental evaluations they're giving to him right now, I mean, after being, you know, held with the Taliban for five years. So -- but I know that if it was me, the first thing I'd want to do is call my parents. So -- but I can't make any comments about his state of mind or what's going on there.  But it definitely seems a little bit odd, given -- given the whole circumstances, definitely.

HANNITY: Have you been following some of the attacks against you, that you guys have Swift Boated Bergdahl or that you guys were screw-ups, as The New York Times is suggesting, who shouldn't be trusted? There seems now to be a concerted effort to smear, besmirch, attack all of you guys for telling the same story, which was he left of his own volition. What is your reaction to all that?

BUETOW: I've read all the -- all the reports. I have a Twitter account and I've definitely heard it on Twitter, as well. But -- and what I have to say -- I mean, some of it is true. There are stories that are coming out that are true, but they're half true. So they report part of it and then leave everything up to everyone's imagination of what they want to determine.

They say we're undisciplined, but that's all they say. They have no specifics. So everyone just, you know, draws their own conclusion, which is completely unfair. Yes, we had problems in our unit. We had -- I mean, every deployed unit has problems. And anyone has deployed and gone through a deployment, when you're away from your family, you're in a hostile area, you know, things arise within a unit, within a platoon, a company, and people have problems.

The problems that The New York Times are referring to are we were out at OP Mest (ph), when we were very -- first initially building the OP. We were digging bunkers. This was probably in -- this was in May, probably early May, and it was incredibly hot out. We were digging bunkers in the middle of Afghanistan, and so soldiers were taking off their bulletproof vests, taking off their helmets as to not overheat and to make it easier to maneuver and dig holes. They would take off their jackets, and so they're just in a T-shirt. And yes, we were very dirty. We looked very raggedy at that point.

There was a reporter there who was taking pictures of us doing the work -- yes?

HANNITY: That does not seem undisciplined to me. That sounds like a platoon doing their work. And even when the State Department jumped in and said that your -- his platoon mates are not a credible source. How could they make that suggestion when you were the guys that were there? You're the ones that worked with him. You're the ones that knew the circumstances under which he left. In other words, there seems like a concerted effort to leak information and create an image in people's minds that you guys are something other than what you really were, brave soldiers doing a tough very job.

BUETOW: Yes, I couldn't attest to what their agenda is. Like, we've all said, we were there on the ground when it happened. We know the truth.  I don't see them attacking our story as much as attacking our character.  So I'm assuming that they understand that what we're saying is true or I think they'd be attacking our story.

What happened with us -- people not wearing their bulletproof vests and their helmets and their jackets -- pictures were taken of that incident because someone was just documenting what was going on. Someone high up, a general or I don't know who, saw those pictures, was very upset that we weren't wearing our gear outside the wire. And our battalion commander at the time just brought the hammer down on the platoon, telling us we were undisciplined. Several soldiers got demoted and kicked out of the company at that point for something that really was not that big of a deal.

Yes, there was discipline problems, if that's the way you look at it, and yes, there was soldiers who got demoted for -- you know, for doing something that was wrong. I guess, technically, you could say that was wrong. However, that would never denote anybody walking off the post to then go seek out the Taliban. I have no idea where they -- they somehow connected those two things.

HANNITY: Well, what, then, specifically is your reaction when the State Department of the United States -- all of you guys gear up -- and I think you did two deployments yourself, if I'm not mistaken, one in Iraq, one in Afghanistan.

HANNITY: You gear up. You put your life on your line for your country. You tell the truth about a platoon mate that you know, as you know the story. And then the State Department of the United States, A, calls you not a credible source, and then you have people at the White House leaking to NBC News that you're Swift Boating private sergeant Bergdahl. What is your reaction when your government turns on you like that?

BUETOW: I -- I mean, I don't feel like my government is turning on me. I do understand...

HANNITY: You don't think so?

HANNITY: It seems to me like they're trying to shear you guys and assassinate your character. That's how I view it.

HANNITY: All right, Evan Buetow, thank you so much for being with us.  We really appreciate your time once again. We appreciate it. Thanks.

BUETOW: Definitely. Thank you for having me, Sean.