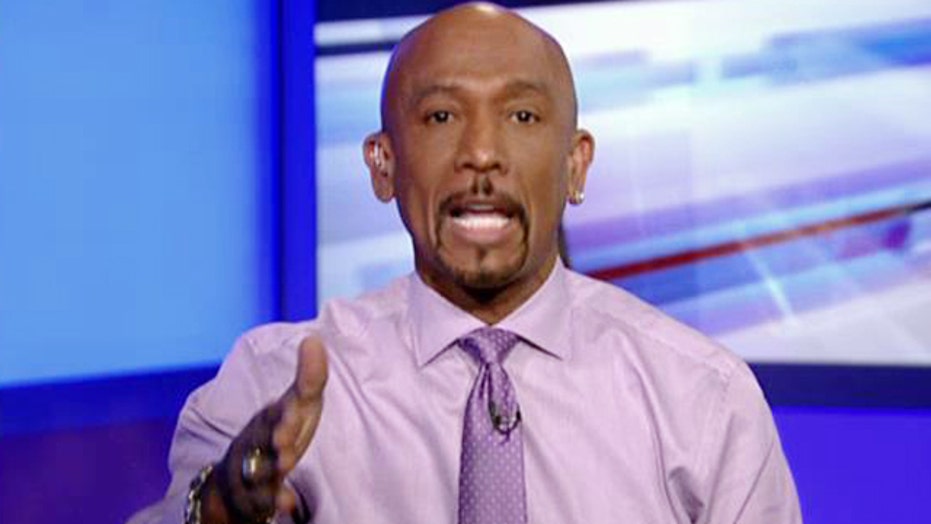 Could Freddie Gray riots have been avoided?

A slow, simmering powder keg of unrest erupted into violence over the weekend and Monday in wake of black man's suspicious death. Could it all have been prevented. Baltimore native Montel Williams sounds off.

This is a rush transcript from "On the Record," April 27, 2015. This copy may not be in its final form and may be updated.

GRETA VAN SUSTEREN, FOX NEWS HOST: Now, going "On the Record," Montel Williams, born and raised in Baltimore. And Montel, your father was the fire chief. Now, they have got the fire department out there, putting out car fires and everything else.

MONTEL WILLIAMS, FORMER TALK SHOW HOST: Yeah and you know, you're looking at it, and it's sad. One of the things I have to say is, unequivocally for those around America taking a look, this is not Baltimore. Baltimore has 60,000 residents. If you look at the pictures, even from any overhead angle at any place on these streets, you see that there are probably 200 or 300. I won't call them knuckleheads, but people who are agitators, people who are trying to do this because they look as if this is their only opportunity for a couple of minutes of fame on television.

But the truth of the matter is that the rest of the city is disgusted. I phoned my dad before I came over here. There are things that have led up to this and especially today getting out of control the way it did. I mean, I know, Greta, you know, you heard that the kids in high school were sending around messages talking about doing some civil unrest. And you mean to tell me that nobody in the leadership in that city knew that that was going to happen? And when these kids hit the street, people didn't recognize these were high school students and they could have quickly and easily put a moratorium and a curfew and sent them home? But they didn't.

So there is a real lack of leadership in the city right now. I know people may get angry at me saying I'm (inaudible) because I don't live in Baltimore anymore, and how dare I speak about our city this way. But you know, yesterday -- I believe it was yesterday, the mayor herself made some comments that I bet you that she would probably like to retract like her comment about saying that we will make sure we are also going to give those who wish to destroy space, the space to do so as well. What was she trying to say? That was really absolutely ignorant.

VAN SUSTEREN: Montel, I don't get it. Where are the parents? If these are high school students and they started this scourge that they spread online, where are their parents? Their parents need to go out and grab them because you know this could get even worse if the police lose their temper. This could be far worse than it already is. And it is a bad situation now.

WILLIAMS: I agree, Greta. The parents, we needed them earlier in the afternoon. Now, the crowd has changed. These aren't the high school students anymore. These are people -- several interviewers on the street have asked people do you know who these people are. These are people who don't live in this neighborhood. So these are people coming from outside, clearly agitating agitation's sake, the CVS that was burned. I'm sure that nobody took paper and pencils out there, so they can write some protest letters. Those people are just clearly doing this for their own personal gain.

So, I want to say one more time: This is not Baltimore because the Baltimore I know, that my relatives are living in right now, talking to each other on the phone are people who support the law and love the beauty of their city. The people that you see from these overheads, look at that, there is not 300 people there, that's not 400 people there. There are about 100 people that are agitators other than police. That's not the 60,000 people of Baltimore.

VAN SUSTEREN: If you are trying to stop this, how do you stop this?

WILLIAMS: I think we need to have a meeting with the governor. I think he has done the right thing. If he has decided to activate the National Guard, I think he should do so before sunset. And I think it's not in matter of showing some big marching, show of force. It's to say it's time for people to settle down. Go ahead and put a curfew in place and say that anybody who breaks that curfew tonight, you are going to be arrested.

This was supposedly started because of the angst over the years of frustration with the police in Baltimore who you know in the last couple of years have paid out an inordinate amount of money in settlement cases involving police brutality. So there is something going on in the city. Does it take now a riot for someone up above to step in and say we need leadership or do we start right now?

And again, all afternoon, I have heard many people on the streets calling for some of the local clergy and saying where are they on the streets? I have heard them say where is the mayor? Where are they at? You don't see them. Well, that's part of the lack of leadership. It's time for people to step up to the plate. And Greta to tell you something, the Baltimoreans, who are probably listening to me, know my dad has been getting phone calls saying dude, he is 83 years old, will you run for mayor? And if he tries to do so, Pops, I'm coming for you, you can't do it, skip it. I'm not going to let you.