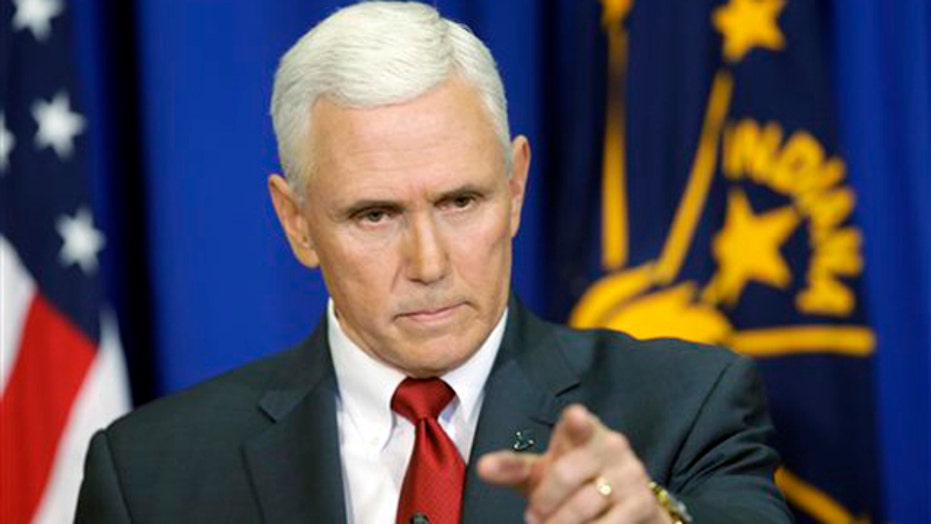 Should businesses be told who they can, can't do business with?

LISA BOOTHE: The important point to make here is that the liberal left's demagoguery of this issue and demagoguery over the Religious Freedom Restoration Act is wholly inaccurate. The reality is that this law was set in place not to enshrine discrimination, but set in place to protect vulnerable religious groups like Jehovah Witnesses, or the Amish, or like Muslims. It's hypocritical that some of these individuals on the left who are criticizing the law are the same individuals who once supported it. For instance, Senator Chuck Schumer or President Obama, or even liberal groups like the ACLU.

WAYNE ROGERS: There was a federal law passed, I believe signed by Clinton, which supports his position that's currently being challenged. The courts and the lawmakers have got to decide, one way or the other. This is a law that is cast in ambiguity. It's got to be cleaned up and straightened out, and made very clear what it says so that people can obey it properly.

JUAN WILLIAMS: They basically said "look, we don't want to do business with homosexuals", right? They said they don't want to cater. That's a form of business. I thin, historically, when you look back at it people like Lester Maddox, and even Ron Paul, have said that they have a right in terms of their civil rights not to do business with people, but of course the law from Congress says "no, you have got to abide by the laws of our country". It's just like a contract in business. That's the basis of American business.

REPORT: US SIGNS AGREEMENT TO TEACH IMMIGRANTS THEIR RIGHT TO UNIONIZE

JUAN WILLIAMS: What this is about is global trade. And in fact, you have lots of liberals who are left in this country who object to global trade deals. The administration wants one right now that's right on the table, and they want to say "look, we're teaching people how to unionize in their home countries". They don't know if they're going to come here. But their point is they are in favor of raising wages and union protections for workers overseas, and to reduce the idea that any democrats or liberals would object to a trade deal.

LISA BOOTHE: I can't believe that Juan was able to say that with a semi-straight face. This isn't the first time that the NLRB has engaged in any sort of egregious activity or overreach. What is concerning here is these deals have also been reached with some of the countries that provide the largest populations of immigrants, and they're also not discriminating between illegal immigrants and immigrants. Additionally, my understanding is that they are also trying to provide some sort of safeguard to illegal immigrants who potentially would be fired in the United States, which they should if they declare that they were fired under the guise of union activism.

JONATHAN HOENIG: They are using the whole notion of immigration as a red herring for what really is a government problem, not an immigration problem. I mean, who is behind this? The NLRB, the National Labor Relations Board, which is a branch of government specifically designed to give advantages to unions. Government shouldn't be teaching anyone anything, and certainly not teaching unions how to unionize. That is cronyism on the highest level.

WAYNE ROGERS: The problem here is this is another example of the government falling all over itself. It doesn't know what it's doing. One arm of the government is saying one thing, and the other arm of the government is saying something else. First of all, if a person is illegal under the present law, and you discover that he is illegal that worker has to be fired. That's what the law says. You can't have the NLRB going around and encouraging illegals to come into the country and unionize when the law already says that you have to fire them when you hire them.

WAYNE ROGERS: He's a scumbag politician. He's the worst. He stands for the worst things that we have in this country. He's a guy that will stand up on the floor of the Senate and lie deliberately, just for the purposes for political advantage.

JUAN WILLIAMS: I think that it's wrong. I don't think lying is good. I will say politics is hardball, and you think about Harry Reid's attack on the Koch brothers, on other kinds of republican funders that he doesn't like. He doesn't like, clearly, Mitt Romney, money stowed overseas in the Cayman Islands, so he played it.

JONATHAN HOENIG: It is power lust in the most ugly form. It's almost as if he's without conscience, without morals. Like many people in politics, the President included, will say anything, do anything to get what they want-even deceive. Would you accept this kind of deceit from a college kid talking about his final exam? You'd expel him or her. So Harry Reid can get away with it is, I think, atrocious.

LISA BOOTHE: Harry Reid is a lying liar. It shouldn't surprise anyone from someone who's used the Senate floor to campaign against the Koch brothers, who's made racist jokes, and who's compared the Tea Party to anarchists. So quite frankly, I've got one thing to say to Harry Reid: see ya.