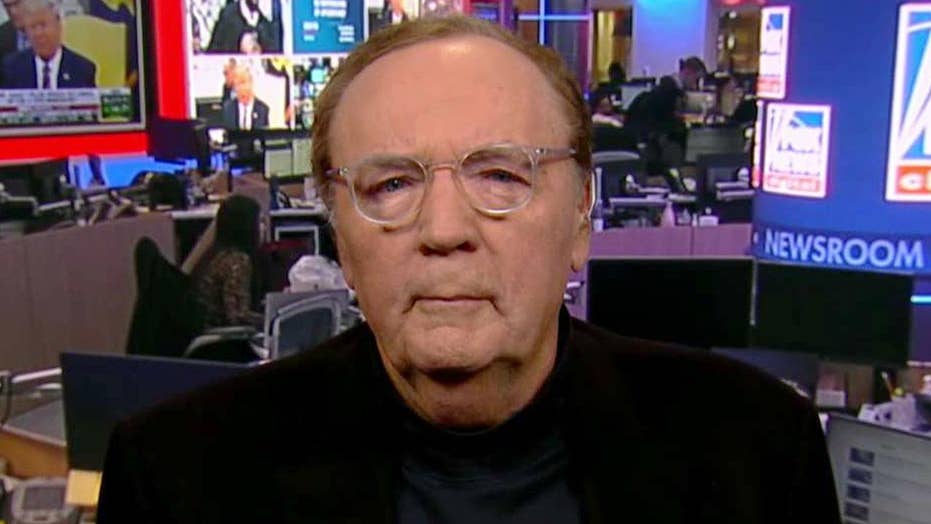 This is a rush transcript from "Special Report with Bret Baier," November 29, 2019. This copy may not be in its final form and may be updated.

MIKE EMANUEL, FOX NEWS: Last week, President Trump honored eight people with the National Medal of the Arts and the National Humanities Medals. Recipients included actor Jon Voight. The musicians of the United States military and novelist James Patterson. President Trump calls Patterson a personal friend and one of the most prolific and talented fiction authors of all time. My colleague Bret Baier spoke with Patterson following this ceremony.

BRET BAIER, ANCHOR: President Trump, the National Humanities Medal awarded to our guest James Patterson, thanks for being here.

JAMES PATTERSON, AUTHOR: I'm happy to be behind the Bible.

BAIER: How was that?

PATTERSON: For starters, one of the award winners was the military band. So, the music was terrific. The president was gracious. And it was it was a really -- we had our son there and my wife, so it was wonderful. Great, great event.

BAIER: Yeah, I want to put up on screen just how many books you have actually written. It's 277 books, 400 million copies sold, 218 titles on The New York Times bestseller list, 95 titles ranked number one on that bestseller list.

PATTERSON: I don't know where those numbers come from. I'll take your word for it. That seems a little high, but we'll go with it. Every time they give me a war like this, I know they want me to retire, but it's not happening.

BAIER: You have a new book out?

PATTERSON: Yeah. Criss Cross-- Alex Cross, a bestselling detective series in 25 years. Your president has read some of them. Couple of movies, Kiss the Girls. Along came a Spider with Morgan Freeman.

BAIER: That character obviously has been ever present for you.

BAIER: You also wrote a book in 2016 that's getting a lot more looked back. And that is about Jeffrey Epstein. Yeah. And that book really got some eyeballs now in the wake of everything that's happened since.

PATTERSON: To me, the amazing thing was in 2008, the trial didn't get that much coverage. And then when I brought the book out in 2016 and we had hundreds of girl young girls being molested, had the injustice in terms of Epstein getting the 13-month sentence. And I couldn't get it picked up very much, which is interesting. We had almost all of what had happened. Obviously, he hadn't killed himself yet. But it kind of amazed me. When it really got picked up, which was fascinating -- and you'll appreciate this -- is when people started picking on Alex Acosta, who had been the state's attorney for the sentencing. And all of a sudden that became a big deal because President Trump had appointed Acosta as secretary of labor. Otherwise, I don't know that this story ever would have gotten as big as it's gotten. I think it's sick that that's what it took to get the story out there. You know, I don't know -- for some reason, I think people didn't care about the victims enough. They just didn't care about the victims enough. They just didn't think it was a big enough deal that all these girls had been, you know, young girls, 14, 15, 16 years old, that they had been molested. And for whatever reason, people didn't think that was a big story.

BAIER: You know, to write how you write, and in such real terms, even though some of -- a lot of these are fiction books, you have kind of your finger on the pulse of a lot of what's going on, what people described around the country.

BAIER: Where do you see our country today?

PATTERSON: There's a word that a lot of people think is a dirty word, but I think it's a beautiful word, which is compromise. That's how we keep our marriages together. That's how we deal with our kids. That's how we deal with work. And rather than, you know, everybody being like this. If we can just start listening to the other side and get closer, I think that would be a terrific thing. But I think right now the divide is as wide as I've ever seen in my lifetime.

BAIER: And what do you think could change that dynamic?

PATTERSON: Probably if there was a leader that everybody could get behind. It's nothing, you know, against President Trump. But I mean, that's generally what happens. Somebody comes in and for whatever reason, people start listening to one another again. It just doesn't seem to be happening right now. And I don't see any Democrats that are going to turn it around, so.

BAIER: Mike Bloomberg doesn't do it for you?

PATTERSON: It's not an issue whether he does it for me or not. I just -- I don't see that happening. I don't understand why he came out the way he did. I don't understand why he would want to be known as somebody throwing 30 million dollars out in terms of getting his name known. It just doesn't seem -- it seems like a strange approach to me. He's smart. We'll see if he knows what he's doing.

PATTERSON: Well, I think the thing that I -- and I read a lot of kids books -- actually I have a Criss Cross out about Alex Cross. But there's another book, Ali Cross coming out the same day, which is about Alex's son and getting kids reading. And that's something, by the way, you never hear in the debates. Nobody talks about education or getting kids reading. And that is -- as much as anything else -- that's the future of this country. And I wish that that could be a subject of all the debates as well.

BAIER: Well, if we get one, we're going to ask it.

PATTERSON: Thank you, that'd be great.

BAIER: Thank you so much for your time.