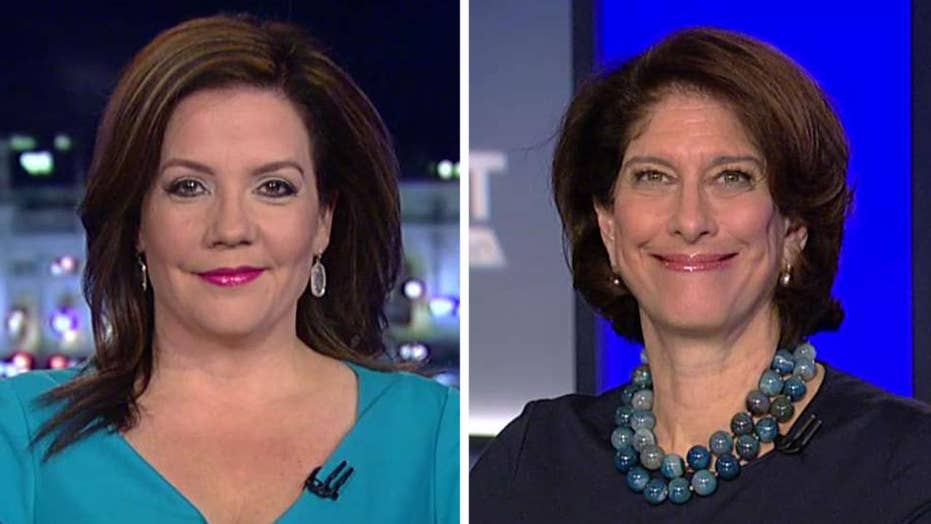 This is a rush transcript from "Special Report," December 18, 2017. This copy may not be in its final form and may be updated.

REP. JACKIE SPEIER, D-CALIF.: December 22nd, when we are out of D.C., he was going to fire Robert Mueller.

UNIDENTIFIED MALE: There's no way he's going to fire him?

SHORT: There's no conversation about that whatsoever in the White House.

PRESIDENT DONALD TRUMP: No, I'm not. No.

JUDGE ANDREW NAPOLITANO, FOX NEWS SENIOR JUDICIAL ANALYST: It may give the president some personal gratification to fire his tormentor. Some new tormentor will come into play.

ALAN DERSHOWITZ, HARVARD LAW SCHOOL: He has Mueller in a good position now. A lot of the American public think he is biased against Trump and that may lead him because he cares so much about his reputation to lean over backwards in favor of Trump.

BRET BAIER, ANCHOR: A big dustup over the weekend over special counsel Robert Mueller and his team acquiring emails from the Trump transition team from the general services administration, the GSA. A lot of talk about that, whether it was right, whether it was wrong, whether it was legal or not. Here's what the Senate minority leader had to say.

SENATE MINORITY LEADER CHARLES SCHUMER, D-N.Y.: His integrity is unimpeachable. The concerted campaign to discredit him and his investigation in the rightwing media is nothing more than propaganda and disinformation to try and turn the public's attention away from the real investigation, Donald Trump's potential collusion with Russia and the collusion of his campaign. The attempt, if it is found, to obstruct justice and prevent an investigation from going forward.

MOLLIE HEMINGWAY, THE FEDERALIST: Interesting to hear Chuck Schumer talk about people trying to discredit Mueller. I don't think people are trying to discredit Mueller so much as what happened last week is we got a lot of news and information that is discrediting to Mueller and the FBI and the special counsel. It's not just all these people who are expressing extreme partisan bias but it's the way they're talking about it.

You have these texts from the chief investigator talking about an insurance policy and how we couldn't take the risk of a Donald Trump presidency. Today "The Wall Street Journal" reported that was in fact talking about the Russia operation. So this has been a very bad time for the FBI and for the special counsel.

So instead of dealing with that or covering it, some media outlets aren't even covering it. Instead they put forth this talking point, oh, Donald Trump is going to try and fire Bob Mueller. I don't think that's going to happen because Bob Mueller could not be weaker right now and firing him wouldn't make much sense. But using it as a talking point to deflect from the real thing that's going on which is more information about the problems with their initial investigation, that's why we're talking about it.

BAIER: Mara, the president seemed pretty adamant, he's people are adamant that he's not going to fire Mueller, but also saying he has concerns about these emails from the Trump transition were obtained.

MARA LIASSON, NATIONAL PUBLIC RADIO: I think that is what the White House is doing. I don't think this is a prelude to firing Mueller. There are a whole course of Republicans who say that would be a boneheaded mistake. He fired Comey and he got Mueller. Just like the judge in that clip, he might get another tormentor.

But what I do think the White House is doing is trying to discredit Mueller and lay the groundwork for undermining whatever conclusions Mueller might come to if they are negative for Donald Trump. If he exonerates him, they better hope that Mueller has some credibility left because they're going to want to trumpet that from the rooftops.

TOM BEVAN, REAL CLEAR POLITICS: I am just astonished at how Mueller's team at every turn, you would think that they would be overly sensitive, overly careful to be above reproach in the way that they conducted this investigation. And yet we see time and time again that they weren't. And as Jonathan Turley mentioned here, with these emails with the GSA, they didn't have to go this route but they did. But it was sort of a bullying tactic. They could have gone another way that would have not undermined their credibility, and yet here we are.

And so I agree. I think the revelations that have come out of undermined Mueller's investigation to a certain degree.

BAIER: Today the president on the national security strategy. And here are the bullet points. Protect the homeland, the American people and American way of life. Promote American prosperity. Preserve peace through strength. Advance American influence. Here's the president.

BAIER: A lot of times, Mara, national security strategies come out in year two, year three. They're not really seen as a blueprint by the administration at the time that's already dealing with whatever it's dealing with around the world. This one, however, they are suggesting is that, it is a blueprint for the National Security Council.

LIASSON: Yes, and I think they wanted an opportunity for the president to make a big national security speech, which he did. Those are pretty unarguable abroad, you could even call them vague statements of value. And no president would argue with any of them. When you read the national security strategy, it's pretty hardnosed about Russia and China. And there wasn't any hint of that and the president's remarks today, but I think the national security strategy, if it is a blueprint for those security agencies, it's continuing other presidents approach to the world. It clearly sees Russia and China as not our friends. And I think it's a pretty hardheaded, legitimate strategy. It's not exactly reflected in his remarks today.

BAIER: Right, but for the critics who say this president is isolationist.

LIASSON: He pushed back against that today.

BAIER: And you hear what he said today.

HEMINGWAY: Right. And one of the most under-covered aspects of Donald Trump winning the election really was that he had a data profoundly different approach to foreign policy than so many people on both left and right. And there has been a growing consensus among Republicans and Democrats about the way we intervene in foreign lands, how we manage our wars.

And Donald Trump spoke to something very different about minding our business, minding it hard, putting our interests at the heart of everything. And this really is a different general approach and it is significant to appeal. It's the one thing people don't like to talk about. And when he talks today about this return to our founding principles, he was specific about things, like even mentioning Sharia law. And the one thing I thought was interesting about it was it took out climate change as a national security threat which is one of these very serious things that Obama had put in his national security strategy.

BAIER: National debt, though, is as he gets ready to pass tax reform and concerns on deficit hawks about more of the national deficit.

BEVAN: Not so much at the moment. But yet certainly you talk to anybody, and Jim Mattis has said this before, the national debt is a concern. The one thing I would add, though, on the national security strategy at the end of year Trump has had a pretty good year battling ISIS. And he mentioned this in the speech. And it has gone largely unremarked and unreported that the success that the Trump administration has had against ISIS, rolling them back across the globe, it's been one of his, probably one of the high points of his administration thus far.

BAIER: All right, his daughter Ivanka and the latest senator to come on board his tax reform plan.

IVANKA TRUMP, PRESIDENT TRUMP'S DAUGHTER: Not only did we believe in this intellectually but we weren't afraid to go before their constituents and say this is good. This is good for your state and this is good for the country. So I spent a lot of time on the Capitol, and the Hill, talking with, I have great respect for Senator Collins, great respect for Senator Corker. I'm so glad that he came around and gave his vote.

SEN. SUSAN COLLINS, R-MAINE: While it is by no means perfect, on balance this reform bill will provide much-needed tax relief.

BAIER: Susan Collins, senator from Maine this afternoon, saying that she is going to support and vote yes on tax reform. As you see here, John McCain back in Arizona, he won't be here for the vote likely tomorrow night in the Senate Michael Lee announcing support today. Jeff Flake not there yet, but you do the math, Mara, and they're there.

LIASSON: They've got it. They've got it, absolutely. They can lose Jeff Flake and still be OK, but he voted for before. I don't know what he wouldn't do it now. I think they've got the tax bill. And it would be extraordinary if Republicans couldn't pass tax cuts. It's kind of about as deep in their DNA as anything else.

BAIER: Sure, but it was a little bit tough herding the cats.

BAIER: Plus the vice president obviously postponed his Middle East trip. He'll be there in case it gets down to that last vote.

HEMINGWAY: It is a huge policy achievement not just for Trump but also the GOP. And it fulfills a lot of campaign promises -- cutting taxes, fixing the tax code, doing something about Obamacare, and bringing jobs back to America. So this should not be understated, and I think Republican voters have not been very excited. This gives them something to be excited about.

BEVAN: It may not save them in 2018 but it is certainly better to have some arrows in the quiver than to have nothing there, and this is certainly a big arrow that they put in their quiver.