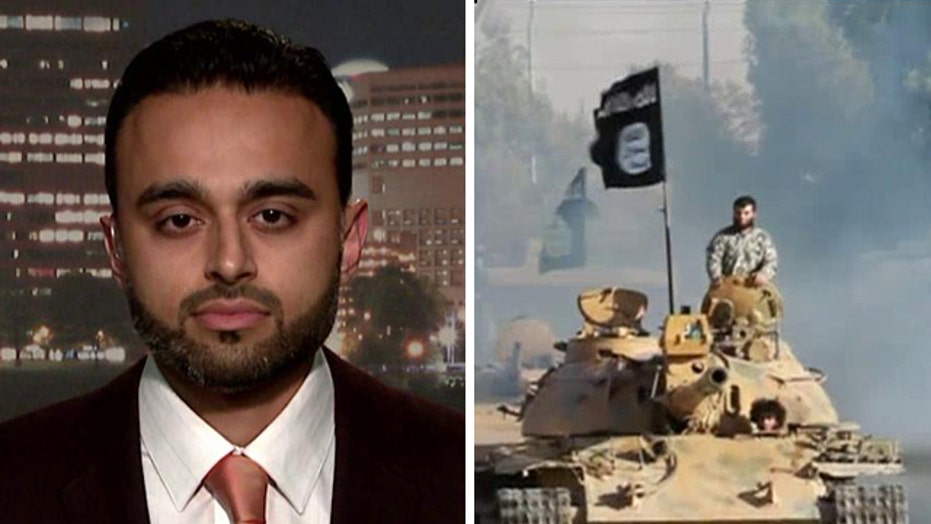 This is a rush transcript from "The Kelly File," September 3, 2014. This copy may not be in its final form and may be updated.

MEGYN KELLY, HOST: Back now to our top story. The nation's top counterterrorism official warning today about the growing threat from this terror group in Iraq. And just days ago, the king of Saudi Arabia said the same thing. But what is the Arab world doing to help fight these terrorists? Harris Zafar is the national spokesperson for Ahmadiyya Muslim Community USA and he is author of Demystifying Islam, tackling the tough questions. Harris, good to see you tonight.

HARRIS ZAFAR, AHMADIYYA MUSLIM COMMUNITY USA: Thank you for having me.

KELLY: Where is the International Muslim Community on this?

ZAFAR: Well, you're absolutely right that there's been work done by Muslims around the world and Muslim nations, but there's not been enough that's been done. And the largest responsibility falls on the Muslim world for reigning in the terror group like ISIS. Now, what we can't dismiss however is significant Muslim voices around the world that are calling out ISIS. So when you look at for example a significant voice at the Khalifa, Islam, is holding (inaudible) who commands a following of Muslims in over 206 countries around the world where he has been repeatedly calling out ISIS. Now, him being not only a man of God but being God's man on Earth means following him leads to divine protection. And he has repeatedly called on ISIS not only for betraying teaches of Islam, but for also killing innocent people and for leading others especially youth down the path of evil and cruelty...

KELLY: Explain to the viewers how significant that is because you look at the folks raising their hand to go in there and actually fight them and I don't see one Muslim country in there. Not one. The UAE made a statement today, but who has actually come out and said we will do it with you, America?

ZAFAR: Well, UAE should certainly be applauded even though there's always concerns with the way they treat their own citizens, but there's two things I would say about that. First is that there has been several Muslim groups, Muslim organizations. You have like the OIC, the general secretary who had condemned ISIS...

ZAFAR: Well, so the biggest issue right now is even though you have organizations like the OIC, like Turkey's top cleric, all other university's top cleric, all of the Arab league, even though you have all these people condemning, you're right. Not enough is being done. That's why I agree with you. Not enough is being done is just words. They need actual actions and in fact, this may strange...

ZAFAR: They're not going to listen to anyone. Which is why we look at the Quran, the holy Quran, our holy scripture commands Muslims in chapter 49 that it's their responsibility to rise up and stop groups like ISIS who cause chaos and destroy...

ZAFAR: No. I think any rational person will say that the history of the world has shown that bombing and violence it does not solve any of these issues. It just leads to more violence.

KELLY: Going to talk to them?

ZAFAR: What's happening right now is not incubated. This is a result of decades of violence. So what we need is a combination. Israeli President Shimon Peres, (inaudible) was very good, which was to send a U.N. peace keeping group led mostly by Arabs and Arab soldiers in order to solve this issue. So that plus attacking the Ideology, like the (inaudible) was a community, we inject within our satellite station of Arab channel which we attack their ideology in the Arab world. So it's going to be a fight against the ideology, a U.N. peace keeping council made up of Arabs, but we need Muslims to step up. Not enough is being does and that's what we're trying to help lead the way.

KELLY: Harris, good to see you.

ZAFAR: Thanks so much, Megyn.