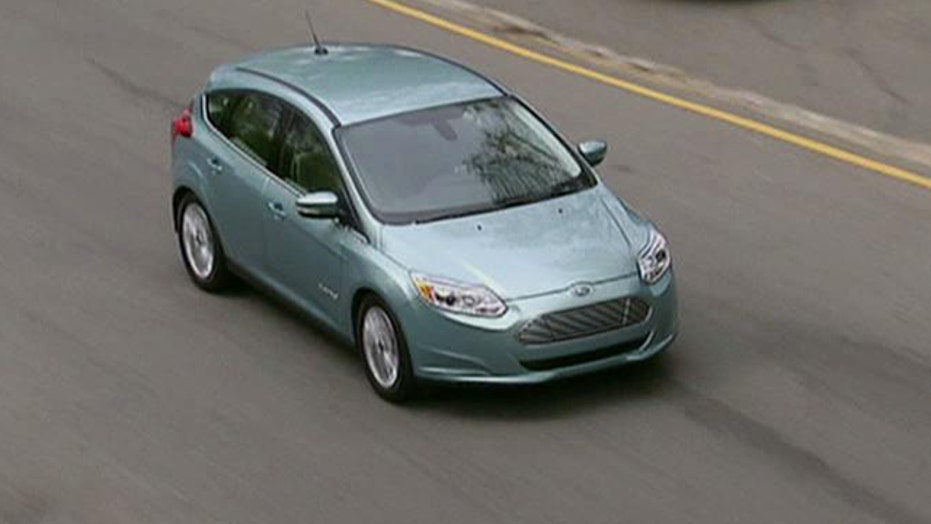 MARY KATHARINE HAM: It's going to be a problem. I remind everyone that in 2008 the President said he was planning to bring down premiums for an average family by $2500 a year. Now, we're talking about sticker shock and how much the premiums are going up. HHS has said the cost curve is going up; CBO agrees; Kaiser...everybody in the government. Frequent government studies have shown the same thing. The reason is because the plan was to give more services to more people and mandate more services in each health care plan. You can't have a simple health care plan that is catastrophic anymore. So when you do that, things cost more money. I could have told you that-and did-- many years ago.

JONATHAN HOENIG: Burger prices going up, Eric, and health care quality going down. It's going to cost employers more, which means it's going to cost consumers more. $25 Billion estimated for major employers. Their costs are going up in the next three years. Boeing says they're talking $25 million. You mentioned Five Guys. We've seen layoffs among medical device manufacturers. To Mary Katharine's point, what brings costs down and puts quality up is a free market. It's freedom, free minds. You see them everywhere from cellphone manufacturers to education, which government has been heavily involved with. Obamacare is forced. It will kill free market and raise prices for everybody.

JULIE ROGINSKY: You know what the problem is? We're pretending we're not paying for health care right now above and beyond what you are paying for your premiums. Before Obamacare got passed-- I don't know what the number is today-- the average family cost them $2200 a year, to cover people in charity care who are uninsured. You are either going to pay a couple cents more for your burger, or you're going to keep paying thousands of dollars in order to insure people who are not insured today. Every time somebody goes to the hospital without insurance, guess who pays for it? All of us.

TRACY BYRNES: We had Bobby Flay on the Fox Business Network this week; big, huge famous chef. He is worried about the costs hitting restaurant prices. How is he going to do this? Does he have to suck it up or pass it on to the consumer? Everyone is worried about this, Eric. The problem is this wasn't talked about in the beginning. Nobody said anything in the beginning about how, you know what? This might put small businesses completely out of business. Instead all we heard was the good stuff, right? We're going to take care of the people that never had it. It was a bunch of B.S., because at the end of the day it's costing us more.

WAYNE ROGERS: There is a lot we don't know, Eric. You are absolutely right. It is a bureaucrat's dream to enforce all this stuff. To the point made earlier, when you said that we are paying for it anyway-- it's not really true. There are people who are unable to prove their citizenship, and they are going to get free health care by people who are citizens, who do not have to prove it, who are going to be forced to pay for it. It's not true that that's going to happen that way. It's not a wash. We're paying 2.3 percent already on medical devices. There are some companies that are being very smart about this by breaking it out on your ticket so you see with their sales tax, you will see your 2.3 percent medical device tax. You see it there. That is the best way to publicize all of this-- is to get it out in the open. Get rid of all of that so the public can see what they are paying.

JONATHAN HOENIG: More spending on green, Eric. These reports demonstrated, once again, the inherent corruption of the green movement, of the environmental movement. To your point, the electric car actually creates more CO2 but we saw the same thing with ethanol. That was previous technology that the greens were pushing. That created more CO2 even than gasoline, or even solar panels, which we spent billions of dollars subsidizing, and creates very harmful emissions and chemicals, etcetera. It goes to what the green movement is about. It's not necessarily helping man; it's hurting man. It's not even protecting nature; it hurts nature. Just the audacity of government forcing you to use technology, taxing you to pay for it, that doesn't work and is of no help you to? If that is not suicidal, I don't know what is.

JULIE ROGINSKY: I don't know what is going on with Fisker, but I fully disagree with what Jonathan said about the need for green energy. We need it. I frankly think global warming is an issue; you may not. But if we don't do it, China's doing it. I and 99 percent of all Nobel scientists think it's an issue, but you and I can debate that at a different time. I'm not a scientist, neither are you, but they are and they agree with me. I will say this: China is kicking our butts when it comes to green energy production.

WAYNE ROGERS: God love them. Anything that is uneconomic the federal government tends to do. What business do they have to be in the automobile business, for God's sake? Why should the federal government be in any business? They can't run anything right. They can't do anything but lose our money. It is costing you, the taxpayer, bundles of money to have the federal government get into anything. It's just stupid. When you say to come back and substitute something for it-- when it becomes economically feasible to do so, private industry will do that. If it is not, let somebody else do it. Let the Chinese do it; we'll get it from them.

TRACY BYRNES: They are failing. Wayne hit the nail on the head. When it becomes economical and feasible, private industry will capitalize on this, and want to make money doing it. Our government shouldn't be trying to figure it out. This goes back to health care, this goes back to everything. It's shoot first, ask questions later. They don't know what they are doing. You know what? Your job is to protect us. Get us off foreign oil.

MARY KATHARINE HAM: I'm happy for green titans to do what they want to innovate, as long as they do it with their money that they've raised willingly from private folks. Fisker has the only automobile that has ever broken down during its consumer reports test, because they used an A-123 battery, which we also subsidize, and it broke down. I'm happy to make cars that break down with his own money, and with other people's money who gave it to him willingly. Don't do it with money you have taken from people. It's not a good investment. Green energy is fine. I say "revolution!" but do it with your own money.

MARY KATHARINE HAM: No, I don't buy any of the White House tour decision. I don't think a lot of people do. The Washington Post editorialized against it. They don't always agree with me, but in this case they decided-look, it's fairly transparent. There are a lot of things they could have cut. They haven't put a lot on the table. This was calculated to make people feel the pain, and that is not what the President's job should be.

WAYNE ROGERS: It was totally political. It was just terrible. When he got up and spoke afterwards, and he said "oh the people that sweep the floors here at the White House and mop the floors are going to lose the jobs because the sequester." In the meantime, he spends $3 million or more to play golf with Tiger Woods. That is the height of hypocrisy. If the people can't understand that, they can't understand anything. This guy-- remember, Mayor Bloomberg takes a dollar a year. This president should lead by example.

JULIE ROGINSKY: Mayor Bloomberg is worth a billion dollars, so it's easy for him to do a dollar a year. I'm more concerned about people who are dependent on the women and children nutrition programs; 700,000 people being cut from that program; no money for baby formula. Civilians who live in places like Texas and Norfolk, Virginia around military bases-- they are losing their jobs. I feel bad for the kids on the White House tours, but I feel worse for those people.

TRACY BYRNES: We said it here time and time again: 5 percent across the board. Cut everywhere. Don't pick and choose for political purposes.

JONATHAN HOENIG: This isn't the President's house. Eric, to your point, this is the people's house. The fact that we allow this very inconsequential amount of money to be cut so that people couldn't go on the White House tours, while at the same time shuffling out hundreds of millions of dollars to the Muslim brotherhood in Egypt I think gives you a sense of where this President's priorities are.

WAYNE ROGERS: DON'T FIGHT THE TAPE! JUMP IN THE GAME WITH (SHFL)