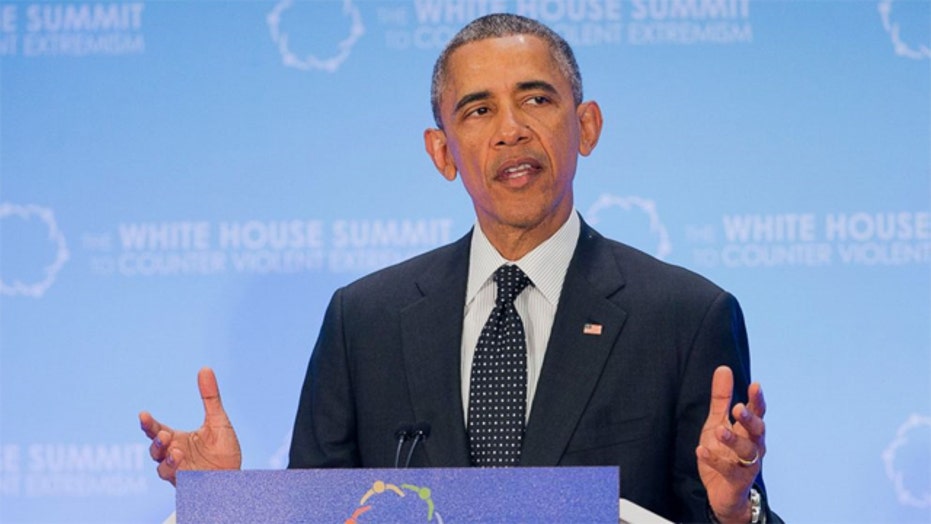 SABRINA SCHAEFFER: The President does not have it right; this is putting the administration into sharp relief. This is an administration that is putting the beheading of Americans behind climate change. The PEW research center just did a survey that terrorism ranks as 76 percent of Americans think this should be the top priority for the president and climate change is second from the bottom at 38 percent. The only thing closer to terrorism is jobs and the economy. The president is out of touch.

JOHN TAMNY: Without minimizing for a second the horrors of terrorism, the reality is that governments have killed more people than terrorists. If you look at economics, governments around the world have caused far more economic hardship than some theory about weather. When we elevate these threats too much we empower the very governments that have killed so many people and caused so much economic hardship. We need to dial down.

STEVE FORBES: In terms of the point about government being a threat, government has become more powerful because of wars. If you don't nip in the bud threats to your security, than you are going to get bigger threats in the future which means bigger government. The longer you dilly dally about threats in the Middle East etc, we're going to pay a higher price down the road.

RICK UNGAR: If global warming is real than that does have a long reaching impact. A few months back, people were more worried about Ebola and now terrorism- they are all challenges.

MIKE OZANIAN: The government is supposed to do very few things and do them right. One is to protect us from foreign enemies- the threat is real, and the president is not taking it seriously.

CARRIE SHEFFIELD: We do want clean air and water, no one is disputing that. The clear and present danger is terrorism.

STEVE FORBES: Remember Hillary Clinton had Hillary-care before we even had Obamacare she supported every tax increase that has been proposed. She supported DOD Frank, had a lousy foreign policy. In terms of leftism- Bill was soft-core and she is hard-core.

RICK UNGAR: Podesta is an excellent political strategist. But shouldn't we shed some focus on who Jeb Bush picked as his advisors this week?

SABRINA SCHAEFFER: I think the two of them together is concerning especially with businesses. One of the things Podesta's very liberal Center for American Progress has been at the center of is perpetuating this idea that women are under attack in the work place they have perpetuated this idea of the wage gap and Hillary has gotten behind and sponsored bills. I think together there is a lot to be concerned about at both small business level and moving up the ladder.

CARRIE SHEFFIELD: We know that Dodd Frank is squeezing banks; we know that main street is going to be pinched. I'm not worried about Wall Street; they give to the left and the right.

MIKE OZANIAN: Hillary would be like Bill Clinton before he was pushed to the center- he was far to the left his first two years.

JOHN TAMNY: I think she isn't going to run for president, but even if she does- she will not get the Democratic nomination. But if she does make it to the White House, I don't think we have very much to worry about.

STEVE FORBES: We the people are going to pay for it. It will destroy public education with more government control.

RICK UNGAR: I don't think it's going to turn out to be something that the public is interested in. We need an educated public to move the economy ahead.

JOHN TAMNY: This is cruel. It's not politically correct to say but nothing you learn in the college classroom has impact in the world. Not everyone could get a degree before, and people work their way through school. If you make it free you take away the appeal.

CARRIE SHEFFIELD: It's not free we all pay for it- its misleading the public. My generation has more people with college degrees but we have higher unemployment and people stuck at home. Making it free doesn't make it any more valuable.

SABRINA SCHAEFFER: 1 person's free tuition is another person's tax burden. The real question is why is tuition so high? It's because of government and subsidies.