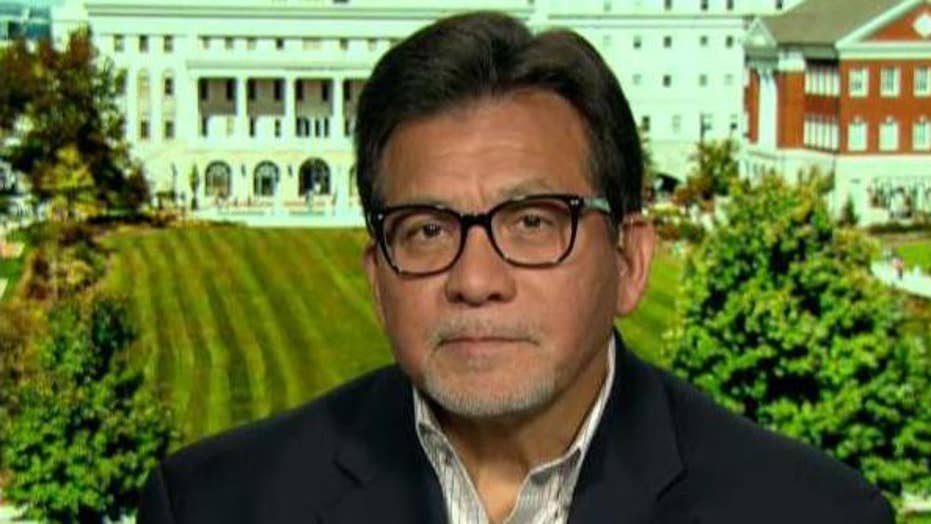 This is a rush transcript from "Your World," July 13, 2018. This copy may not be in its final form and may be updated.

Always good to have you, General. Thank you for taking the time.

Does this change the complexion for this sit-down, the president and Vladimir Putin? Democrats, a lot of them saying, don't even meet with the guy. Others saying, if you do meet with the guy, we should have other people watching you with the guy. What do you make of it?

ALBERTO GONZALES, FORMER U.S. ATTORNEY GENERAL: Well, it would -- it would certainly change it for me, quite honestly.

This is very, very serious. We have a situation where Bob Mueller and his team believes they have credible evidence, beyond a reasonable doubt, that they can introduce in court and be successful with the prosecution.

Yes, this is very serious. And I would worry about the president not seriously confronting the president of Russia about these indictments. This is extremely serious, but even more frightening is the sure knowledge that is this going to continue and is going to occur during the midterm elections and beyond.

So, I think I'm disappointed about the reaction, the public reaction from the White House. I understand they're happy about the fact that there's no ties to an American or to the Trump campaign, but to not say anything, and to not indict the Russian government for this indictment, to me, is baffling and disappointing, because this is extremely serious.

And it affects the very essence of who we are as a democracy. And we need to hold Russia accountable. And so, if the president's not willing to confront Putin and to -- I just -- I would worry about this meeting.

CAVUTO: All right, well, we don't know what he ultimately will do in that sit-down in Helsinki on Monday.

But we do know that the official response is, much to your point, then about finding some vindication in the fact that no Americans were indicted here, and that Rod Rosenstein said yet again that it did not alter the election outcome.

But when they do sit down, it will probably go something like this. The president will inquire about this, as he's inquired and mentioned in the past two meetings he's had with Vladimir Putin about Russian meddling in the prior election. And the Russian president has said that he didn't and he wasn't.

If he says that again, do you think President Trump should just walk out or what?

GONZALES: Well, I don't think he should just walk out.

But I think that there should be a more forceful response than, OK, well, I asked you, and this is your answer, and what are we going to do in response to questions from the media afterwards.

CAVUTO: But, General, what if the president has just a cynical view, as he seemed to throughout the campaign, of our intelligence agencies, including the FBI, all the way the Justice Department?

He harbored a lot of these views. And you can't blame him. I'm not an apologist, certainly, but you can't blame him now, especially the more that comes to light with Peter Strzok and Lisa Page and the disparaging comments they made.

Yet to find an agent at all who had a sympathetic view of the president and liked the president when he was a candidate for president. So he might be just not quite sure this is on the up and up or these findings are accurate. What do you think of that?

GONZALES: And he very well may be. That is certainly the history.

He's certainly been suspicious and has said terrible things about the Mueller investigation.

GONZALES: And you're right. He may simply respond, listen, I asked the president of Russia, and he denied it, and so we all know that the Mueller designation is a witch-hunt and is a crooked, and they're out to get me, and so there's nothing more to say here.

I think that would be a very unfortunate response. I think we have an obligation here to continue to support the Mueller investigation, certainly with respect to Russia meddling.

I -- there's no doubt in my mind, based upon the representation by the intelligence community, and now based upon this indictment by Robert Mueller, that the Russian government itself was involved in meddling in the elections, but this is going to happen again.

GONZALES: Thanks for having me, Neil.