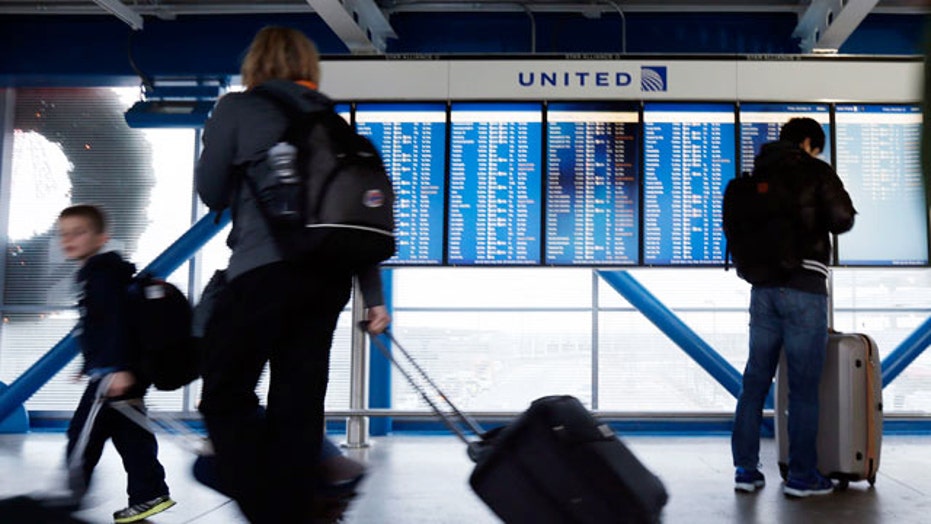 Airports pushing to double gov't fee on all airfares

How will travelers get hit?

This is a rush transcript from "Your World," April 24, 2015. This copy may not be in its final form and may be updated.

NEIL CAVUTO, HOST: If you think airlines are nickel-and-diming you to death with all of these fees, you should see what the airports are planning. How about an additional $4 on your ticket, all tickets, to help cover airport renovations?

Travel guru Mark Murphy says it is getting out of control, but you might want to be getting used to it.

Mark, these are the latest fees. And we're going to sort of roll up here how fees factor into the ultimate price of the ticket. But, right now, they're taking a commanding share of that ticket, aren't they?

It's shocking when you see it, but, on the baseline fare, domestic airline fare, you're talking about a $300 fare, $71 of that is taxes, more than a fifth of the cost of the ticket. So, for travelers, you're getting hit, and you don't even realize you're getting hit, because the airlines now have to bundle that fare and not break it out.

So you just see the final -- the final price. And you don't realize how much the tax man is hitting you as a traveler.

CAVUTO: All right, now, I think you can see the right of your screen at home, if you can see this, but young people put this chart together, my friends, because I can't read it.

CAVUTO: But the fact is, it's a lot. There you go. It's full. I still can't read it. But I can read the bottom line being you're paying a lot more of that in fees.

Now, for the airports and this $4 fee, it's on top of the fees already in ticket prices. Some, it's going to be more than that, depending on, you know, where you good and whether one-way, et cetera.

But they're this to renovate airports, right, and -- or to get them up to speed?

CAVUTO: That's how Homeland Security and others are saying or describing it. Is that right?

And you know what? What is crazy about airline fees and every other tax that you see imposed by the government, it always starts out as a small number.

And the travel industry is fighting back. Airlines for America and other organizations are fighting back against this, because it doesn't sound like a lot. It's only $4, Neil, but on top of $71? When does it stop?

CAVUTO: You know, part of the rationale for it, though, is to bring all security too -- they sell the security thing -- and bring them all up to speed so that they're all the safest places to go.

But to your point as to whether it could affect travelers and whether they travel at all, right now, we don't see it in stats that show that the demand is still very, very high and people are going to still be able to deal with this, but you question for how long.

MURPHY: Well, you know, at the end of the day, what is happening is then, you know, you're looking at your overall ticket price of a traveler.

I look at it as an entrepreneur. I own my own company. I have to invest in my infrastructure and in my people and in what I do. And I have to take some of those profits and do that. And so, as the airport looks to reconfigure, they should look at profit-making enterprises that can fund that because they're going to directly benefit.

Of course the travelers do, and you have to pay something for this, but at what point, 21 percent, 25 percent, 35 percent? Is it going to be like ordinary income tax in this country? You go figure.

CAVUTO: Yes. And you are saying, when you nickel-and-dime it, and you will hear $4, yes, what is another $4? But you're right. It adds up.