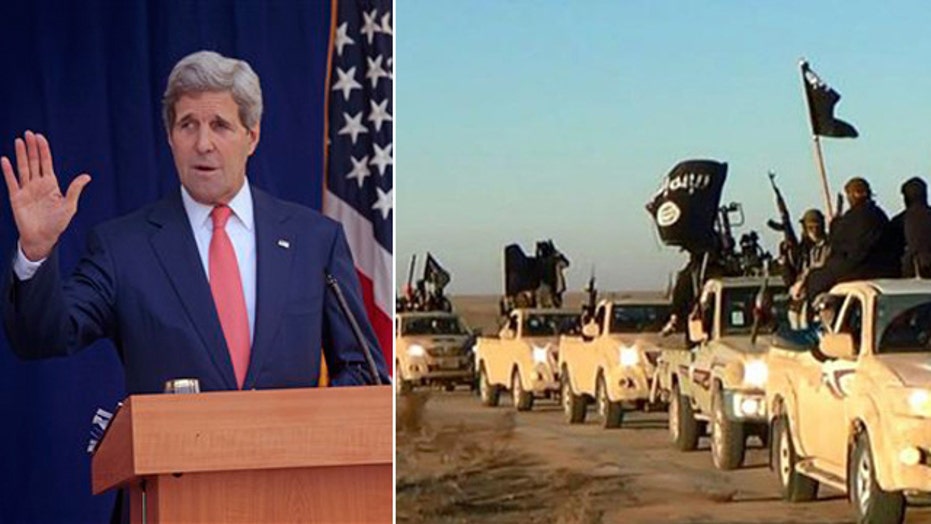 STEVE FORBES: This unwillingness to recognize what is out there is putting lives in jeopardy and our economic wellbeing in jeopardy. We see forces of Islamic barbarism on the march. This all hurts investment because of the uncertainty of today. This is ominous.

RICK UNGAR: I've been calling this guy the White House intern, what he had to say yesterday was preposterous. I do not understand why this White House is so reluctant to call it what it is. I don't think it has an impact on how we fight this war. You have to point out that President Obama has killed more terrorists than anyone before him.

ELIZABETH MACDONALD: You risk more loss of lives if you don't state the obvious. This is a war of theology and theological ideas. The Muslim world needs to wake up and issue a serious fatwa and seriously acknowledge what is in the Quran that is supporting these murders.

SABRINA SCHAEFFER: Rhetoric isn't everything, but I do agree that we have to recognize what it is that we are fighting.

RICH KARLGAARD: It is political correctness run amuck. President Obama looks at the 2 billion Muslims around the world and the politically correct view is that you do not criticize these groups. So these discussions never occur.

MIKE OZANIAN: The middle class continues to struggle under his policies yet he is taking taxpayer money and funneling it down to DC so he and his cronies can live it up.

BILL BALDWIN: I'm not so concerned about the 100 million dollars that Fannie Mae is going to spend on its next headquarters palace. I'm worried about the 100 billion that they are going to dissipate when the government mucks around in the mortgage market.

SABRINA SCHAEFFER: There is no accountability. Of course it's insane from a budget perspective. But it is a snub to the American taxpayer who is paying for all of this. It doesn't even make sense. We are living in a world where telecommunicating is the norm.

RICK UNGAR: To these people in Washington, who are making these decisions, and you are watching, please you are making my job here very very hard. Even I am disgusted my friends.

JOHN TAMNY: It's offensive and we can always find these examples of egregious government spending but I almost think they subtract from our overall mission of shrinking government. All government spending by definition is waste because its political allocation of the resources we create. We need to move away from the little things and talk about the big government that exists here that is a huge ball and chain on us economic growth worldwide.

STEVE FORBES: This exemplifies Washington's Taj Mahal mentality. If left to its own devices government will always get bigger. A classic example is after WWI with the British navy and it was sharply downsized. Running the navy got bigger and the navy itself got smaller.

ELIZABETH MACDONALD: Apple says the rules and regulations may force it to delay the introduction of new Apple devices. Rules in the United States are bad, rules in the UK are bad that's probably why the cash pile it's sitting on is the size of Kuwait.

BILL BALDWIN: I don't think its regulations that are making corporations sit on their wallets, I think its cowardice. Today corporations are competing with one another to see who can fire the fastest.

STEVE FORBES: The Fed creates the money, it also sucks cash out of banks and regulators tell banks to get more capitol which means less lending. If you had a more benign environment, sound money, less taxes all of that money would be put to work. All of that apple cash hoard probably ends up in the hands of government which we know is bad for the environment.

RICH KARLGAARD: No company Apple's size has grown at the rate that it has grown. I don't know if it can grow any faster without sacrificing profitability. You don't want company spending money with a lack of focus. Where are the Apples of the future?

MIKE OZANIAN: Even Bill Clinton and Congress worked together to curb regulation on small businesses in the early to mid-90s. That spurred a very rapid growth rate at the start of new businesses. I don't feel bad for companies like Apple, its small businesses that are getting hammered.