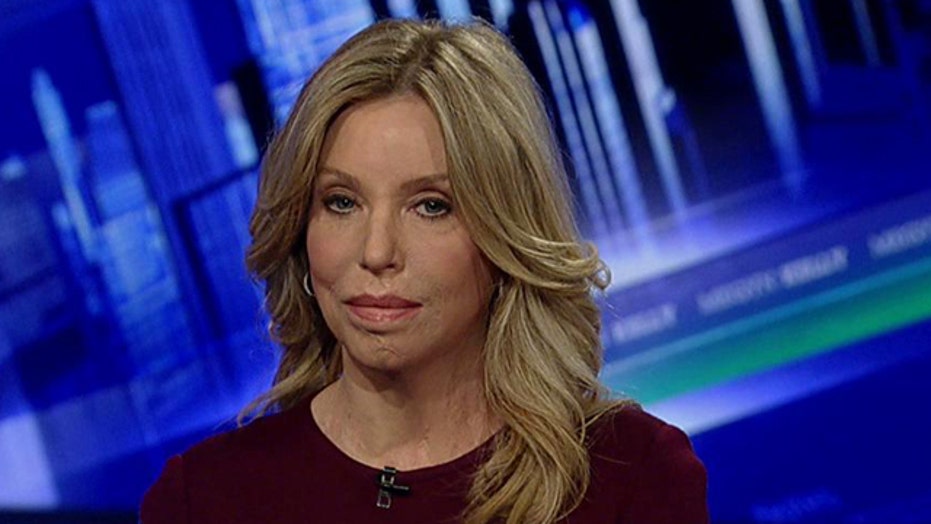 This is a rush transcript from "The Kelly File," January 15, 2014. This copy may not be in its final form and may be updated.

MEGYN KELLY, HOST: New fallout tonight from the publication of a manifesto written by the mastermind of 9/11. The rambling 30-page creed penned by Khalid Sheikh Mohammed was deemed eligible for release by a military judge at Guantanamo Bay. Someone then gave it to the media and they splashed it online.

Our next guest was working on the World Trade Centers when terrorists crashed planes into them on that terrible day in 2001. She suffered burns so badly they only thought she had a 10 percent chance of survival. And boy, did she prove the odds wrong. Joining us now, Lauren Manning, author of the New York Times bestselling memoir "Unmeasured Strength."

Lauren, it is great to see you, you look fantastic, it's great to see you looking so well. Your reaction to this publication of this manifesto that's now been released to the public, and the fact that we have part two and part three still to look forward to.

LAUREN MANNING, SURVIVOR OF 9/11 ATTACKS: Well, I think my first comment would be pretty straightforward in terms of he took the coward's path way forward by sending men, killers, to kill thousands of innocent men, women and children. And yet again he has taken the coward's path forward in perverting the tenants of Islam into a shield in essence to profess suddenly a path to peace, when much to this supremacist theology is based on trying to convert before striking again. So I think we are purely feeding into what is a very bad road to travel down.

KELLY: We had Andy McCarthy who used to prosecute terrorists for a living on the show. And he pointed out that some of these extremists, that is what they have to do, they have to try to convert you before the Quran, in their minds, allows them to kill you. And so those who are touting this, as oh look, he is looking at terrorism in a different way, just wants to convert us now, are missing that he was basically saying they have no idea what they're talking about.

MANNING: Absolutely. And when you look back on other people who have been jailed, the Blind Sheik back in '93, terrorists that were captured thereafter, they all issued missives from their prison cells exactly on what might a clothed fashion with KSM, to operatives outside. And I think that what we can do right now is make a choice. It has been sent out. It is in the public domain. We can make a choice and proffer to Colonel Pohl and others --

KELLY: -- Judge at Gitmo that declassified it, or allowed it to be released.

MANNING: Exactly, others within the tribunal court system, that the second and third iterations of his manifestos not be released. The fact that he has been given a platform is one which we should acknowledged, it is out there, but basically squelched by giving as little time as possible to in a public fashion.

KELLY: What about number, you know, edition number two, the manifesto will supposedly going to explain why 9/11 took place. I mean, as a direct victim of 9/11, do you want to read that? Do you have any curiosity about what he says on that?

MANNING: No, he is a lunatic and he is a mass murderer. And I do not profess to have any desire or interest to further delve into the mind of a madman, who when given the option of confronting the world with peaceful tactics, chose to do the most incomprehensible thing possible, murder people without any pretense, without any warning, not as a soldier, not as an organization, but as simply again, I use the word "coward." So I wouldn't pay it any mind.

KELLY: I want to take back the word "victim" because that is not what comes to mind when one looks at you, survivor and strong, and God bless you.

MANNING: Thank you very much.