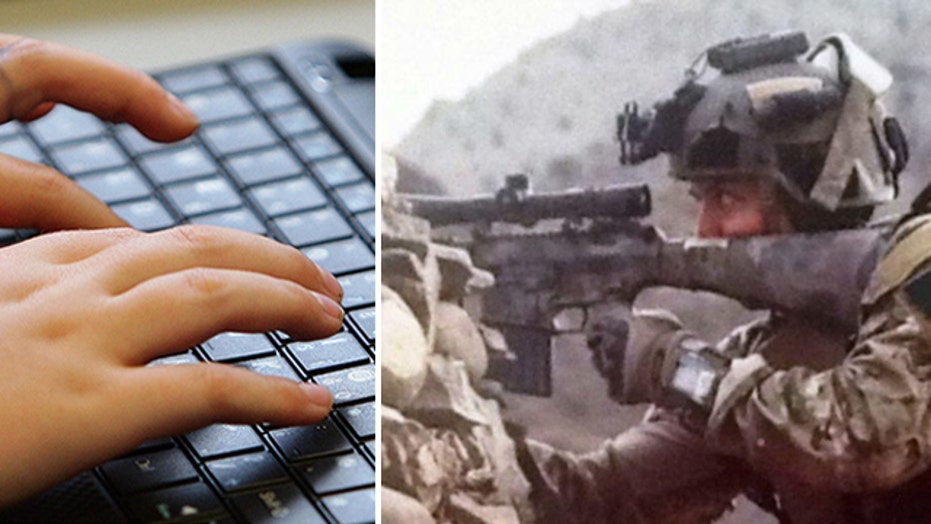 Oskar Zepeda wanted to serve his country for as long as he can remember. That drove him to enlist in the military as soon as he was old enough and he then served a remarkable nine tours of duty in Iraq and Afghanistan as an elite Army Ranger.

But in 2011 his military career was cut short by a suicide bomber during a raid.

'I’m a father, I have my own kids, so I know I’m doing something to keep my own kids safe and everybody else’s kids safe.'

Now, Zepeda and 16 other wounded warriors are serving their country in a different way. They’re helping to track down child pornographers as paid interns in the Department of Homeland Security’s Immigration and Customs Enforcement or ICE.

“I’m a father, I have my own kids, so I know I’m doing something to keep my own kids safe and everybody else’s kids safe,” says Zepeda, “It gives a lot of satisfaction to me at the end of the day.”

“They’re a really good fit for these types of investigations,” says Brad Bench, ICE Special Agent in charge of the Seattle office. “These investigations are hard to look at, these images are hard to see, you can’t un-see them, so it takes a special individual to work these kinds of cases.”

Zepeda agrees that his war experience has prepared him to handle the shock and trauma of young kids being victimized on the home front.

“Very similar,” says Zepeda, “Before we used to go hunt these people down, the Taliban, the Al Qaeda terrorists and once we’d get them, prosecute them, put them behind bars, same here.”

ICE has been so happy with the results, officials plan on asking Congress for the money to expand the program.