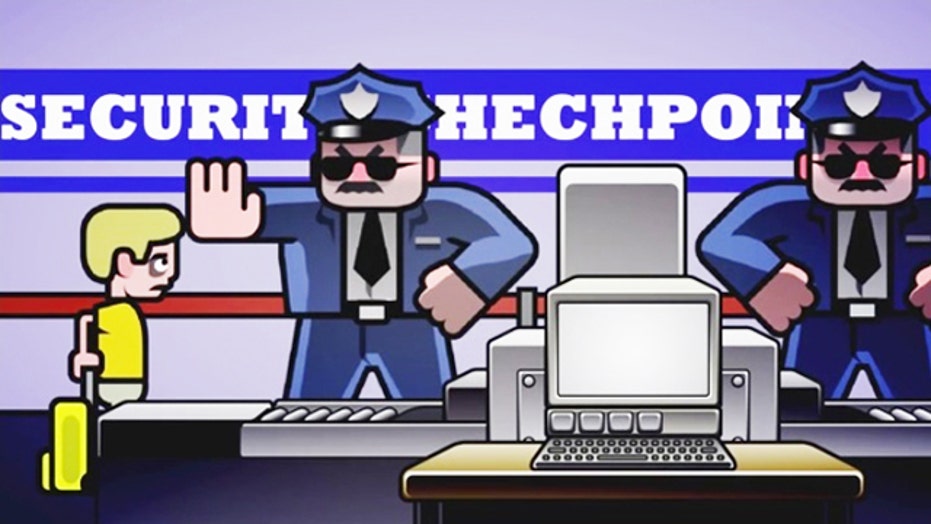 It’s the holiday season, which means getting on a plane goes from merely annoying to infuriating. Do you ever wonder whether those never-ending delays in baggage screening actually make you safer?

An airport baggage screener who spots a dangerous item hidden in a cluttered bag can save countless lives, but how easy is it to spot a threat?

A research team and a very popular app have joined forces to get you some answers.

And the answer is: It isn’t easy.

'People are really bad at finding items that are not likely to appear.'

— Stephen Mitroff, associate professor of psychology and neuroscience at Duke

To investigate how people perform on these visual scanning tasks, the research team worked with Kedlin, creators of the popular smartphone app Airport Scanner.

Duke University researchers analyzed game data from searches of 20 million virtual suitcases and found that users failed in most cases to identify objects that appeared rarely or infrequently.

Gaming Airport Baggage Checks
The Airport Scanner app, whose slogan is “Protect the Skies!,” gives you the opportunity to operate a baggage X-ray scanner at some of America’s busiest airports, including Honolulu, Las Vegas, Aspen and Chicago, as well as one of the world’s busiest airports in London, England.

Players are challenged to scan images that look like X-rays of carry-on luggage and find hundreds of types of threat items ranging from bottles containing liquids to scissors and all the way to bomb components, dynamite and weapons.

And the results are disconcerting, to say the least.

“We’re seeing that people are really bad at finding items that are not likely to appear,” said Stephen Mitroff, associate professor of psychology and neuroscience at Duke.

The research team looked at real game action where “passengers” have hidden items to get them on board flights.

The first month’s worth of data alone included visual searches for 1.2 billion items stashed in 150 million bags. The challenges included ultra-rare items that appeared in less than 0.1 percent of bags.

Investigators looked at the rate of how often a specific illegal object appeared in the game to determine how successful a player was at identifying targets when they appear.

The more frequently an item appeared, the more successful players were at identifying it. Targets that appeared with more than 1 percent frequency were pinpointed 92 percent of the time.

But the results also revealed that the more seldom an object appeared, the less successful players were at spotting it – by a long shot. Thirty “ultra-rare” items appeared in the game less than 0.15 percent of the time, and players correctly identified those targets only 27 percent of the time – a dramatic drop from 92 percent accuracy.

For example, airport screeners are more likely to come across illegal drugs than they are to detect a gun in a carry-on bag, so they may become conditioned to spot the more frequently appearing drugs – which are illegal but do not pose a terrorist threat – than weapons, which they see more rarely.

While this is in a virtual world, the researchers point out their findings are cause for concern in the real world.

“With the very large array of potential targets, the searchers seem to be highly sensitive to how frequently each individual target appeared, and they adjusted the focus of their searches so that targets that appeared rarely were a low priority,” Mitroff said. “This situation may be what occurs in many real-world searches.”

In their mock baggage screening experiment, when half the bags contained a hammer, an ax or another potentially dangerous tool, scanners almost never missed spotting it. But when only 1 percent of bags contained a tool, then the college students failed to detect it 30 percent of the time.

Delays may be better?
Another study published by the Duke team earlier this year indicated that TSA screeners are slower than civilian screeners, but more accurate.

As part of a broader Homeland Security Dept.-funded wider initiative, Mitroff explained that in an experiment pitting TSA agents against Duke University students, “What we found was that the TSA officers were more accurate in finding the target than the members of the Duke community. They also took more time, so it’s more of a methodical search, which led to better performance.”

Consistency was the key factor for the most experienced screeners.

TSA agents who took about the same amount of time looking at a scan were more precise. This may be explained by the agents’ having developed personal visual scanning systems that would help them identify a target object.

Taking the research further, the Duke team is looking through the app data for ideas to improve training methods and improve baggage screener performance.

So the Airport Scanner game could wind up playing a role in improving TSA training.

Airport Scanner is available at iTunes for iPhone and available on Google Play for Android.