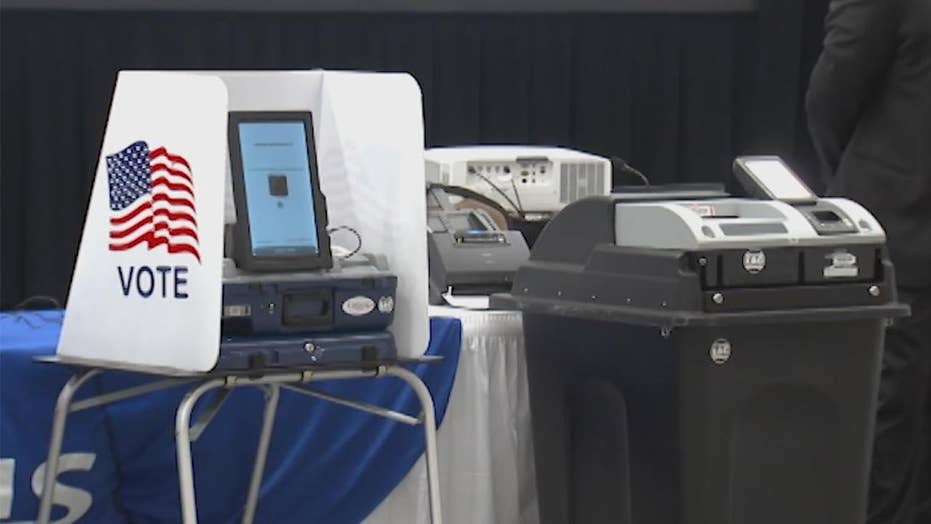 White House expects major effort to hack into voting records and machines while experts say the government needs to be pro-active in order to stop the type of hacks that took place in 2016.

President Trump says he's getting serious about election security, but some critics say it's too little, too late.

With the 2020 election right around the corner and voting in Iowa scheduled to kick off next month, American cyber experts are gearing up to help secure voting machines and election infrastructure.  And the cyber command of the U.S. military is at the front lines of those efforts.  They've forward-deployed their elite cyber warriors to Montenegro to focus on stopping Russian interference as America votes.

But the White House is still expecting a major effort by Russia and other countries to hack into voting records, tamper with machines, and spread misinformation on the internet and social media.  Some experts are now saying the government needs to take a more pro-active stance on stopping election interference in order to avoid the types of hacks we saw back in 2016.

Rebecca H. Sussman, a cyber security expert at online security firm Signum Vari, says the Mueller Report showed that in the last election, "the Russians were able to do some spearphishing attempts.  They were able to get information about our voting records, about people in certain counties that would swing in certain ways."  Those spearphishing attempts - email spoofing attacks that target a specific organization seeking unauthorized access to sensitive information - led to some of the biggest breaches in electoral history, and individual states are now beefing up their own security protocols to avoid a catastrophe in November.  But the Trump Administration still hasn't devised an overall government-wide strategy for fighting election interference from overseas, and some critics claim the lack of coordination is putting not only the voting process at risk, but also the outcome of the election.

Of particular concern is the individual components of the machines themselves, and making sure they haven't been hacked or compromised before they're installed.  All states and the federal government use American-made voting machines, but 80% come from just three companies, all of whom contract their parts from 3rd party manufacturers, making the machines vulnerable.  Sussman points out most devices store backups of voter data and the votes themselves on USB or thumb drives.  "That thumb drive comes from a manufacturer," she told Fox News.  "That manufacturer probably has voiceover IP phones, they probably are connected to the internet, they probably have emails."

And that could be a big problem when voters hit the polls.  The three companies comprising the bulk of the voting machine market recently told lawmakers on Capitol Hill that their devices all contain component parts from overseas, including China.  Those parts include LCD components and chip components, either of which could easily be hacked at the source.  The companies say there are currently no American manufacturers available for some vital chip, capacitor and resistor parts, so they're pushing Congress to pass a new law mandating a paper trail for every vote.  Tom Burt, the President and CEO of Election Systems & Software, says "It is important that an audible paper trail be required for every vote cast. E.S.S. has stopped selling new voting machines that do not produce an auditable paper record."

Congress has approved $425 million for improvements in election security, to be paid to the states through individual grants.  But there's still no word on legislation mandating a paper trail, and experts are warning time is running out.