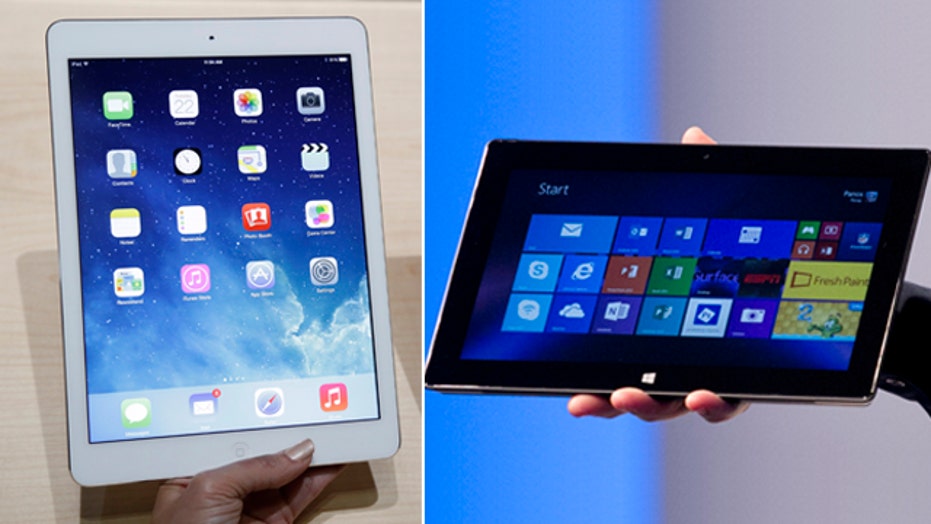 Megabyte: Diana Falzone and Jeremy Kaplan go head-to-head over Apple's iPad Air and Microsoft's Surface 2. Which tablet is better for you?

The great tablet smackdown of 2013 has just begun.

Apple on Tuesday announced the latest in its line of iPads, including a new iPad Mini and the iPad Air. The new Air weighs just one pound and is eight times speedier than the original. It also has the new iOS7 and a ton of updated apps, including iWork, a free rival to Microsoft Office.

Meanwhile, the Microsoft Surface 2 weighs about 1.5 pounds and went on sale Tuesday for $449 -- keyboard not included. Microsoft’s slick $129 touch cover is very cool, but Apple owns the tablet space. Then there's the new Nokia tablets, which run Windows as well and also rock a pretty slick design.

And the winner is .... clearly the consumer. Choice is great, isn’t it?