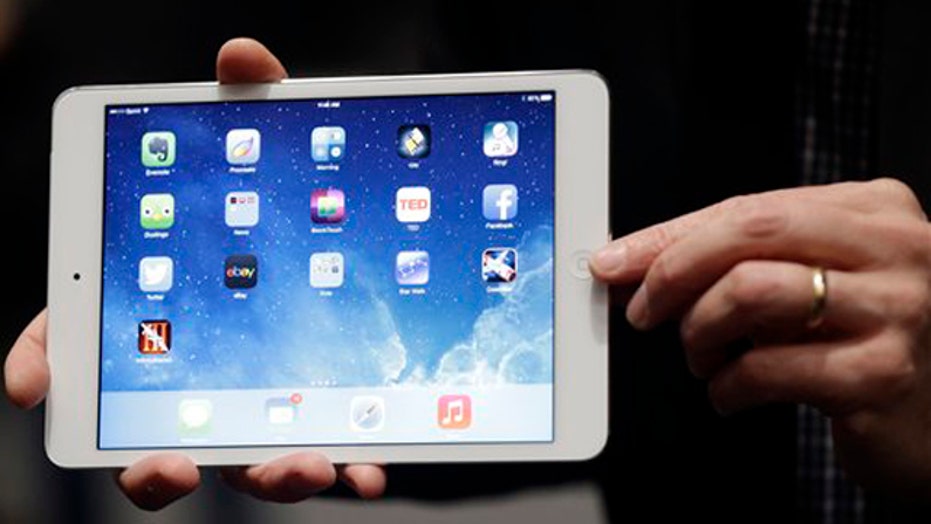 Apple unveiled a thinner, lighter version of its popular tablet called the iPad Air and a high-resolution version of the iPad Mini at a Tuesday event in San Francisco -- and I got to spend a little time with them.

The new Air is really light, at about 1 pound -- less than the 1.4-pound weight of the earlier iPads. The new iPad has a 9.7-inch Retina Display and a thinner, lighter design: The iPad Air is about 20 percent thinner and 28 percent lighter than the fourth generation iPads.

Both new tablets have the 64-bit A7 chip, a desktop-class processor packed into the slim shape of the iPad. I was really surprised to hear that the A7 chip will be in the iPad Mini as well, and it has the Retina Display that I’ve been longing for. This is the final iOS device to get the Retina Display -- and it is just gorgeous.

Both also have a new antenna to support Multiple In, Multiple Out Wi-Fi (called MIMO), which should improve performance on wireless networks, as well as a new LTE chip and a new FaceTime camera.

Want software? Keynote. Numbers. Pages. iPhoto, iMusic, Garage Band. Apple showed off all new apps, all of which have been redesigned and are free when you buy an iOS device.

The new iPad Air also boasts new dual microphones as well as a new motion chip. That means it knows when you’re picking it up and putting it down and will adjust its processes accordingly.

These won’t be shipping until November, but if you have any questions, feel free to ask me on Twitter: @ClaytonMorris.